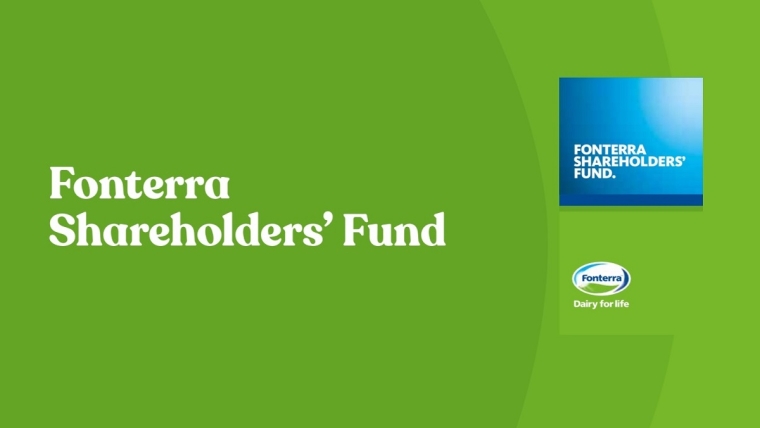 The chairman of the management company for the Fonterra Shareholders' Fund Units (FSF) is expecting "a clear position" to be stated on the future of the fund before farmer shareholders of the Fonterra dairy co-operative vote on proposed capital restructuring for the co-op before the end of this year.

In a statement to NZX on Wednesday, John Shewan noted that an update for farmers on the capital restructuring issued earlier in the week had offered "no further clarity" on the future of the fund.

When the Fonterra co-op first outlined the proposals for capital restructuring in early May the Fonterra board stated a preference for having no FSF. That would mean buying out the fund, which would require a 75% vote in support by unit holders.

The FSF unit price went into a tailspin, dropping over the next three trading days from $4.60 to under $4. As of Wednesday the units were at $3.73.

Referring to the latest update from the Fonterra co-op board, Shewan said while Fonterra has outlined some changes the Board is considering to the preferred option put forward in May, "these do not directly impact the future of the fund".

"Fonterra’s summary of farmer feedback says: 'There’s no clear preference from farmers on the future of the Fund. There have been suggestions that instead of buying back the Fund, Fonterra should consider buying back shares [in the Fonterra Shareholders’ Market] to reduce the overall shares in Fonterra on issue'," Shewan noted.

He said the FSF manager’s capital review subcommittee, which comprises its independent directors, "will continue to discuss the capital structure proposals in confidence with Fonterra and with advisers".

"The Manager anticipates that the detailed proposal expected in late September will include Fonterra’s preference on whether the fund should be removed, or permanently capped. The possibility of the status quo also remains, which would involve Fonterra again allowing economic rights in Fonterra shares to be exchanged for units in the fund.

"The Manager expects that the package that will be recommended for farmer voting in December this year will state a clear position on the future of the fund."

Shewan said removing the fund would involve an offer by Fonterra to unit holders to purchase their units at a fixed price. The approval of at least 75% of unit holders entitled to vote and voting would be needed for the offer to be accepted.

"There can be no assurance that a purchase offer will be made. Given the need for DIRA amendments, it seems unlikely that any approved purchase would result in payments to unit holders until mid to late 2022 at the earliest."

He said the manager was not able to provide unitholders with any assurance about the price or liquidity of trading in the fund "as these are matters the manager does not control or influence".

"Investment in the fund gives unitholders access to the economic rights (such as distributions) like those of a share in Fonterra. The manager’s role is to manage compliance with regulatory requirements and ensure that unit holders’ interests are managed in accordance with the constituent documents that underpin the fund.

"The manager subcommittee will review developments, consult with advisers, and continue to provide feedback on unit holder interests as the Fonterra capital structure proposals evolve over the coming months."