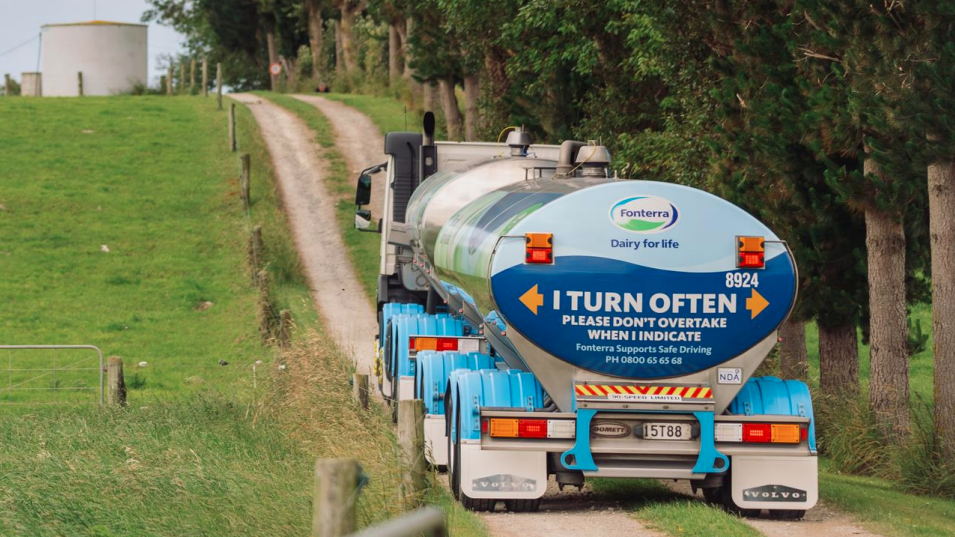 Fonterra Shareholders Fund (FSF) has "run its course", according to its chairman John Shewan. And he has expressed his frustration that the dairy co-operative Fonterra did not buy the fund out - as it had earlier this year indicated it would and Shewan says buying the fund back would be a "logical and timely solution".

"We remain of the view that Fonterra should have proceeded with its initial preference to make an offer to unit holders to buy the Fund back at fair price.

"...We think that was the fair, right and proper course of action to take. We regret that this action was not taken," Shewan told the annual meeting of the fund.

His subsequent comments appeared to suggest he was still not ruling out hope that the fund might yet be bought out.

The fund (FSF) is listed on the NZX and was established to give the twin role of both allowing Fonterra co-op's farmer shareholders to sell their shares in the co-operative and to allow non-farmers to get a share in the economic benefit of the co-op. The FSF units get dividend returns based on dividends paid by the co-op - but have no say in the running of the co-op. Only farmers can own shares in the co-op.

The Fonterra co-op has been considering a range of new capital restructuring proposals. And these were passed by shareholders at the co-op's annual meeting on Thursday, December 9.

FSF chairman Shewan noted that following initial consultation with its stakeholders, Fonterra revised its proposal in September. Instead of buying the Fund out it proposed the alternative of the Fund being retained, but with its size capped.

"...We felt that the reasoning Fonterra set out in support of its new capital structure showed clearly that the key rationale for the Fund being set up in the first place back in 2012, being the provision of a stable capital base through the removal of redemption risk, is no longer relevant because of course farmers can no longer redeem their shares.

"In short, the Fund has run its course.

"The Capital Structure Review provides a natural break point in the life of the Fund."

Shewan said the information booklet issued by Fonterra in May, the subsequent updates, and the explanations at last Thursday’s annual meeting, all attached significant weight to the critical importance to farmers of protection of farmer ownership and control.

"Even the small – currently about 6.7% – and non-voting interest held by unit holders through the Fonterra Shareholders’ Fund is a cause of significant concern.

"This really goes to the heart of the issue of whether Fonterra is a corporate or a co-operative, which [Fonterra co-op chairman] Peter McBride addressed directly at last week’s AGM. He said that the current model where Fonterra is trying to have a foot in both camps is not sustainable.

"I agree, and that is why I believe the Fund should be bought out. The challenge with this lingering issue is that it perpetuates the perception in the minds of investors of potential conflicts between the interests of farmers and the interests of unit holders. Buying the Fund back is a logical and timely solution," Shewan said.

He told FSF unit holders that Fonterra’s capital structure review project has had "a significant adverse impact" on the FSF unit price.

"The market capitalisation of the Fund fell by some 16%, a drop of $75 million, between 30 November last year and 30 November this year. The unit price immediately prior to the May trading halt [for announcement of the consultation process and capping of the Fund] was $4.60.

I never understood the fund in the beginning due to the transfer pricing and competitive interests. When farms are more profitable, the shares are going down. With a 9ish payout to farmers this 21/22 season on the cards, now would be a good time in the cycle to buy out the units. I have a feeling that fonterra is expecting the high farmgate price to continue for another season though so will declare a low dividend, then wait some more before pouncing.

it was a half thought out concept, they should have split the company in two, left the NZ raw ingredients business in the farmers control and split out the consumer and overseas products into a new company that the farmers are not required to hold shares in, if over time they lose control because they all sell down ( which a good many will) then so be it But that part of the company would have access to capital needed to expand worldwide

I think I disagree with splitting into two entities. The marketing, added value arm would be the less capital intensive. It also would negotiate to minimize what it pays for fonterra raw material and dairy farmers would suffer.

Fonterra has massively reduced its debts built up 4 or 5 years ago and has capacity to take on the 400 million. So the next six months before 31 may balance date could be a good time to buy out the units