Guy Trafford tries to make sense of the falling farm gate milk price forecasts, in light of most analysts struggling with widespread uncertainty in dairy markets 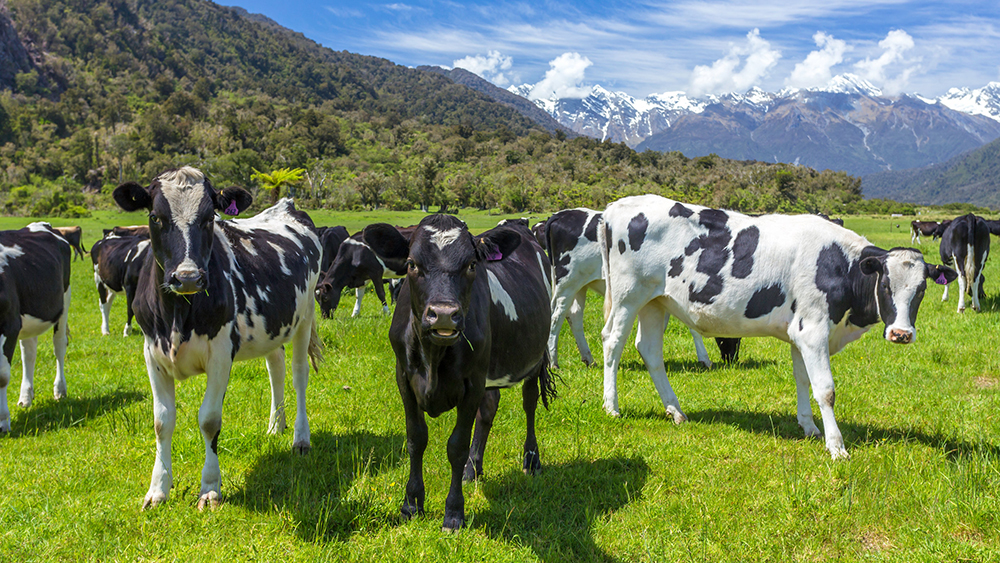 It would have come as no real surprise to those involved in the dairy industry to see Fonterra lower its forecasted farm gate payout for the 2021/22 season. With many of the larger cities in China under some form of Covid lock-down and the Russian invasion in Ukraine impacting on global trade and confidence it is perhaps surprising it didn’t come earlier.

The only things that may have staved off an earlier drop has been the falling Kiwi$ (vs US$ currently at 0.6305 down from nearly 70 USc at the start of March and 72 USc back in October) and the rapidly approaching end of the season.

However, the latest fall in the GDT (an -8.5% drop overall and -6.5% for WMP) which adds on to 4 previous drops which in total now add up to -13.1% seems to have been the straw which (finally) ‘broke the camel’s back’. Regarding the ‘protection’ due to the amount of product sold forward at this late stage of the season which has been queried, I can only assume that the below footnote on Fonterra’s financial statements etc which include forecasting graphs do relate to some uncertainty in what the final price achieved may be.

Still regardless of the reasons, the current season's price is still a record payout. This leads thinking to the next season.

If nothing the last two or three years have shown that uncertainty abounds, the last year also shows we have short memories. Back in October 2021 a USA site highlighted the fact that China’s domestic production had increased by 7.6%. They included:

“The impact will be felt in the whole milk powder (WMP) and skim milk powder (SMP) markets. RaboResearch expects China to slow purchases and draw down its WMP and SMP stocks. Most of China’s WMP and SMP imports come from Oceania. As a result, Oceania will take most of the initial pressure.”

Based upon a Rabobank report it expected China’s imports to fall by 18% in the second half of 2021. A lot has happened since that report was published but it does add to the clouds on the horizon regarding future milk prices which makes it seem strange that there are still plenty of bank economists forecasting into the low $9.00 for next season (although some reviewing rapidly taking place).

It would be interesting to hear what banks are telling stressed dairy clients (do they still exist?) to budget for this coming season.

Sticking with China on the mitigation side, the dairy systems there are still heavily reliant on imported feed sources and compliments of Russia these are likely to remain at or get more expensive, leaving pasture based systems with a solid competitive advantage. So, while China’s production was expected to rise through 2022  it may all depend on how long the Ukraine conflict goes on for and compounded if and when climatic impacts have an influence.

Up until mid-March data was indicating that China was still importing soy and grains at high levels however, with time lags in reporting and the fast changing world this may have changed by now.

Elsewhere, dairy demand is likely to soften so the current drop in Fonterra’s forecasting may be a precursor for more to come.

Back in February, Open Country offered a fixed price contract for the 2022-23 season of $9.00 kg MS to its suppliers. Fast forward a couple of months and last week ANZ reduced their forecast from $9.30 down to $8.50. For those who were able to take up the Open Country contract (with hindsight) it seems a reasonably good decision. Even if the price does exceed $9.00 a prudent operator should be happy with that price.

One thing we know is that we aren’t that good at forecasting ahead and given the amount of disruption that is occurring, especially to agricultural production, it may take getting to the end of next season before we have a real understanding of what the farmgate price is going to be.

Obviously a number of Fonterra suppliers agree with you. We have been busy fixing forward on Fonterra's monthly offerings (wish we had bid for more) for next season.

This month we only received 15.5% of our volume offered at $9.48. It was only a small total available of 10m ms but suggests there was plenty of farmer competition to fill the quota.

We agree that fixing at anything over $9 for next season means a profitable season even if the floating price ends up higher.

Even after reading the Fonterra footnotes I for one was surprised at such a large reduction at this stage in the season. I would have thought after the significant loss of faith by farmers in Australia over what happened there a couple of years ago processors would be walking on eggshells to prevent a repeat. I know it's not a grab back like Victoria and NSW but it still adds to credibility issues which Fonterra desperately need to avoid to prevent further leakage of farmers to their competitors or worse beef farming.

Don't be surprised if next years payout is going to be better than this year. Input cost for everything is that much higher. And food is bit more needed than newest phone.

"One thing we know is that we aren’t that good at forecasting ahead"...

This echoes Yogi Berra: forecasting is difficult, especially about the future.

There are the obvious variables: FX rates, forward contracts, hedges in place, production quantities, end product mix, and local environmental issues such as regulation, compliance costs, ETS and other imposts.

But now we have geopolitical factors as well:

There is little historical precedent for much of this, so even getting AI to riffle through history and make useful predictions is not a silver bullet.