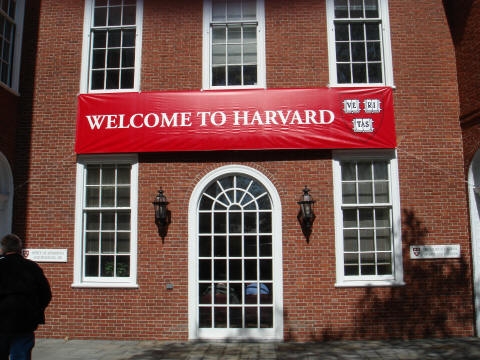 Interest.co.nz understands the two are front runners with Treasury being briefed on their bids this week after the deadline for indicative offers passed last week.

The Harvard Management Company has already made a significant investment in New Zealand, being joint owner with the New Zealand Superannuation Fund of the central North Island Kaingaroa forest estate. It bought the estate from receivers of the Central North Island Forest Partnership in 2003 and then sold a minority stake to the NZ Super Fund for NZ$300 million in 2006. The Harvard Management Company also bought the land and assets of Big Sky Dairy Farms in Otago last year for NZ$34.15 million.

Terra Firma, meanwhile, bought the Packer family's 90% stake in Consolidated Pastoral Company, Australia’s second biggest beef producer, for A$425 million in 2009. The Packers, now headed by James after the death of his father Kerry in 2005, are among Australia's wealthiest families.

A spokesman for Terra Firma declined to comment on Dairy Holdings and a Harvard spokesman didn't respond to a request for comment.

The majority stake in Dairy Holdings is on the block following the South Canterbury Finance (SCF) receivership. SCF owns 33.59% of Dairy Holdings, which it bought off its owner Allan Hubbard for NZ$75.7 million in 2009. SCF receiver McGrathNicol has teamed up with other Dairy Holdings shareholders -  dairy magnate Alan Pye who has 20.83%, plus three US investors - Little Cow Company, Pals Plus and NZ Cow Company - who hold a combined a 24.99% stake, and Christchurch businessman Humphry Rolleston who has 3.9%, to put the 83.3% on the block.

Dairy Holdings and Fonterra director Colin Armer and his wife Dale are each listed in Companies Office records as 8.33% Dairy Holdings shareholders and don't plan to sell.

A spokeswoman for McGrathNicol managing partner Kerryn Downey said Downey wouldn't comment on the Dairy Holdings bidding process until it was "further down the track."

A bid led by either Harvard Management Company or Terra Firma would require Overseas Investment Office (OIO) approval in an area, farm ownership, that has become a hot political potato in election year. The National-led government made changes to foreign investment rules last year, including the introduction of two new measures to assess investments in sensitive land, and the opposition Labour Party is promising stricter controls on overseas purchases of farm land if it wins November's election.

China's Pengxin International Group, meanwhile, is awaiting an OIO ruling on its application to buy 16 central North Island Crafar dairy farms from their receiver KordaMentha in an application that will be closely watched by foreign Dairy Holdings bidders.

One way an overseas bidder might obtain OIO approval to buy into Dairy Holdings could be by teaming up with the NZ Super Fund.  Adrian Orr, the NZ Super Fund's CEO, told interest.co.nz last year that the fund had launched a rural land strategy and could invest between NZ$300 million and NZ$500 million through the strategy over three to five years.

Since then it has appointed FarmRight, a South Island-based dairy farming management and consultancy company, as an investment manager and bought three South Island dairy farms.

Asked yesterday about potential interest in Dairy Holdings, a NZ Super Fund spokesman said he wouldn't comment on speculation about specific potential opportunities. The fund is not allowed to control the businesses it buys into so if it did have a tilt at Dairy Holdings, the NZ Super Fund would need to partner as it did with last year's NZ$696.5 million purchase of Shell's New Zealand retail and distribution business (now Z Energy) in partnership with Infratil.

In the interview Orr also said the NZ Super Fund was looking for "big licks of big things" and could potentially buy businesses worth up to NZ$1 billion or more, with a partner.

The NZ Super Fund has already invested in another former SCF asset. Earlier this month it emerged that it would invest in a fund controlled by private equity group, Direct Capital, that's acquiring SCF's 79.7% stake in Scales Corporation from McGrathNicol for NZ$44 million. Scales is a horticultural and primary sector processing group. Its businesses include Mr Apple, the country's biggest apple grower, packer and exporter.

Terra Firma and the Harvard Management Company, which invests with the aim of generating returns to support the educational and research objectives of Harvard University, are said to be the front runners from a range of overseas controlled parties to have kicked Dairy Holdings' tyres including Canterbury-based milk processor Synlait which is 51% owned by China's Bright Dairy & Food, and the Macquarie Group's Pastoral Fund.

This ok then obviously because they're not Chinese - right ?

Synlait Milk is 51% owned by Bright. Synlait Ltd which owns the other 49% of Synlait Milk and all the farming assets is more than 75% kiwi owned.

Synlait Ltd and Synlait Milk are 2 distinct companies , the media seem to treat it as 1 ....

Gareth, are you able to tell us whether Dairy Holdings is making money - how much and in which years? SCF finance accounts at one point showed Dairy Holdings with I believe a $60 million loss for what was likely the 2008-2009 season.

My understanding is that you would have to split the consolidated farms and reanalysis out the required vs discretionary farm development expenditure to determine that. They also had related party finance so not constrained by their income.

Dairy Holdings is in receivership. I would hope that the receivers do not believe they should be acting as property developers.

I would settle for knowing the parent's total assets and total liabilities for the last three financial years. Gareth has already given us information to work out debt per kg MS ($23), per cow ($8,000), producton per cow (348 Kg) and per ha (1063 Kg).

Dairy Holdings is not in receivership. The assertion above is factually wrong.

David, thanks for correcting my serious mistake. Does Dairy Holdings not being in receivership make it easier to provide clear information on its recent financial performance?

If Speckles is correct the receiver would be both the biggest shareholder and provider of finance for some of Dairy Holdings $350 million 'bank' debt.

Colin, I don't know any more about the company's finances than what I have written in previous stories, which it sounds as if you have read. Most of what I have heard on this front came from the RBNZ stuff covered here - http://www.interest.co.nz/news/51141/south-canterbury-finance-paid-almo…

I hadn't previously viewed your link. It mentions a $37 million increase in debt liabilities during 2009, suspects an understatement of current liabilities and debunks the belief the business was cash flow positive.

My earliest insight into Dairy Holdings came from SCF's annual report to June 2009. In that on page 17 under 'Shares in Associated Companies' was the following detail:

I was confused by the use of different numbers for farms but it appears there are 58 dairy farms and 14 dry stock units making the combined number of farms 72.

I for one would rather that they were not allowed to buy the assets of New Zealand. They will be paying in US Dollars- The Comapny is real it actually makes something that people want, they will be paying in a currency that is rapidly depreciating- and taking the NZ Dollar with it. New Zealand would have to buy something of equal or better value immediately not to be worse off. The world is awash with corporate fake cash looking to buy something real. Why sell out? What would we do with the money? Better to keep ownership in NZ- use the Cullen Fund to buy it. Anything is better than letting it be sold offshore. If it was an important Singaporian asest would New Zealanders be allowed to buy it- no it would never be allowed to be put up for sale. Why should we let it happen.

Harvard do not want to build something in New Zealand, they just want to take something that New Zealand built. And to do it they flash their worthless US Dollars at us, safe in the knowledge that we do not understand that what they are doing is  giving us blankets and trinkets in exchange for things of real worth, our land and our productive businesses.

They can build a medical school here if they want. Do they want to do that? Of course not.

Word is Michael Fay bought two farms -  dairy farm and a a support block near Reporoa at Auction recently.  There were local farmers interested in them, but they didn't have pockets as deep as Fay, who left them in the dust.

Michael Fay may have done both the vendors and the local farmers a favour.

On a slightly different note but still interesting I had the opportunity to have a good look at Mr. Pyes dairies and associated sheep farm at rushy lagoon in N.E Tassie recently.  I think I can sum it up by saying hahahahahahahaha - funny.  Corporate farming really works well honestly :)

On a slightly different note but still interesting I had the opportunity to have a good look at Mr. Pyes dairies and associated sheep farm at rushy lagoon in N.E Tassie recently.  I think I can sum it up by saying hahahahahahahaha - funny.  Corporate farming really works well honestly :)