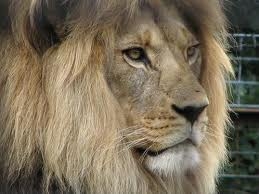 The controversial in-receivership Zion Wildlife Gardens has a potential buyer in the wings with receiver PwC heading to court seeking to clarify how the business can be sold to help recoup the NZ$2.7 million it owes to Rabobank.

Following defaults of its bank loans with Rabobank, normally a rural specialist, Zion director Patricia Busch requested the appointment of receiver's last July. Zion was also placed in liquidation at the behest of the Inland Revenue Department last August with the Official Assignee as liquidator.

Located near Whangarei Zion has 36 big cats including lions, tigers, cheetahs and a leopard.

It was opened in 2002 by Craig Busch, star of TV series Lion Man. It was taken over by his mother Patricia in 2006 after she raised money to pay off the park's debts. Craig Busch left the park in 2008. Zion also hit the headlines in 2009 when keeper Dalu Mncube was mauled to death at the park by an endangered white tiger with the animal subsequently put down.

PwC Partner and Zion receiver Colin McCloy said today an application has been made to the High Court in Auckland that's "intended to support the sale of the Zion Wildlife Park, as a going concern with the existing animals remaining in the Park."

McCloy said an interested party has offered to buy both the business and assets of Zion.

"The receivers believe the offer represents good value and the best option to preserve the operation of the Park and the welfare of the animals. However, existing court directions need to be varied to support the sale process. As a result, the receivers have applied to the court to have the existing directions varied," McCloy added.

He said the welfare of Zion's animals is a priority for both PwC and Rabobank with food and veterinary care being provided by PwC, with Rabobank picking up the tab.

“The receivers will be in a better position to discuss progress further in the coming weeks. At this stage, we cannot discuss the ongoing sale process, due to commercial sensitivity," McCloy said.

Earlier a lawyer representing Patricia Busch raised the possibility of the animals being put down. See more here at the NZ Herald.

PwC's first report shows, aside from Rabobank which is the first ranking secured creditor, Patricia Busch as second ranking creditor, is owed NZ$292,251, staff are owed NZ$14,393, the IRD NZ$135,306, with other creditor claims - which are expected to rise further - put at NZ$24,557.

Normally a specialist lender to the rural sector including dairy and sheep farmers and the wineries, Rabobank's lending book is facing a haircut on a senior loan to TV3's parent MediaWorks with a face value of about NZ$65 million. Rabobank is also one of three lenders, alongside Westpac and PGG Wrightson, that was owed about NZ$216 million when the Crafar farms group was tipped into receivership in October 2009. The Overseas Investment Office is currently considering an offer for the 16 central North Island dairy farms from China's Pengxin International Group, which has been accepted by receiver KordaMentha.

I wonder how PwC would repossess the 'stock' and the sell it.

Can you imagine the ads on TradeMe?

I'd put in a bid on a cheetah and a tiger...  Awesome security devices - no more back to base alarm monitoring...

A big fat Black Mamba would do the same job for the occasional rat...!

A flock of geese are better than dogs as an intruder warning system .......

Aj we've been Rabo clients for years but have to say I am starting to get the jitters a bit with their lending criteria. My experience is it is getting looser and looser.  Lend at any cost seems to be their motto. It used to be one of the tightest banks to get funding from. It wouldn't have been just one dork who approved that loan.

Had 40mls of rain in the last few days, so the grass is growing again. :-)

CO, me too. They appear to be going for market share. Odd behaviour from Dutch, not  what one would expect.  Burnt fingers coming up.

I doubt they'll get their fingers burnt Aj, i see alot of farmers cheques each month and you can see trends/differences between the various banks clients and for a while now i've noticed the Rabo banks costumers are generally asset rich but are struggling with cash flow ie dairy convertion backed by the home property....they know they have a big fat juicy asset to cash up if things go pear shaped..the Dutch ain't stupid mate!...Bnz how ever, are the mirror opposite!

Thanks for the Ht, ill shift my cash out of the BNZ. Some heafty tax bills out there, me included.

Perhaps they thought it was a sheep farm where the sheep have very sharp teeth...

The male 'sheep' can grow quite a crop of wool. Not much fun to shear though.

And I hear their meat is quite lean. Particularly the young ones. They do make a mess of their fellow 'sheep' in the truck on the way to the works too...I've heard...

Did the RWC spend up not happen there?

Really hope someone steps up to save these big cats, perhaps some of these multi millionaires who have made good money over the years. It would be terrible if any had to be put down, and shocked they are even talking about that. I would far prefer my tax payer dollars went to saving them, than many of the things that it is spent . I can understand why zoos can't have them, due to arrangements they have. Move them to Wellingotn somewhere, we support our lions, and I am sure it can support a lion park..

Rabobank New Zealand has confirmed the Receivers of Zion Wildlife Gardens Ltd are moving forward with plans to sell the park (with the wildlife) to an interested purchaser, with a conditional contract now in place.

Rabobank General Manager New Zealand Ben Russell said the Receivers are acting to ensure the wildlife park is sold as a going concern, with the wildlife remaining in the park.

"There is not, and has never been, any intention to euthanize any animals at Zion Wildlife Gardens.

"The welfare of the wildlife is a priority - they are being very well cared for and the planned sale of the park would enable them to remain in place," he said.

A Court hearing in Auckland today was part of action solely focussed on facilitating the sale process and ensuring Zion Wildlife Gardens continues as a going concern with the wildlife in place.

All further comment will be made by Receivers PriceWaterhouseCoopers New Zealand.