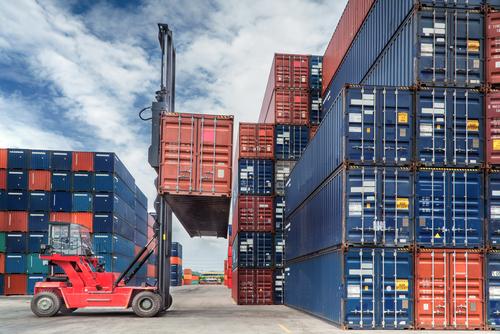 New Zealand's terms of trade surged to a fresh 40-year high in the December quarter and are now tantalisingly close to all-time highs.

Statistics New Zealand said today that the merchandise terms of trade rose 2.3% in the quarter, the fourth consecutive rise, pushing to the highest level since the December 1973 quarter and just 3.5% below the all-time peak in June 1973.

Terms of trade is a measure of the purchasing power of New Zealand's exports abroad. An increase means that New Zealand can buy more imports for the same amount of exports. So in other words the latest rise meant that 2.3% more imported goods could be funded by a fixed quantity of exported goods than in the September 2013 quarter.

Total export volumes rose 9.7% in the December 2013 quarter while total export prices fell 0.5%. Both movements were strongly influenced by dairy, which accounted for 39% of the value of goods exported in the December quarter – twice as much as meat and forestry combined.

Import prices fell 2.8% in the December 2013 quarter. The fall was broadly based, due to the stronger New Zealand dollar. An exception was petroleum and petroleum products, which rose 0.1%.

In the December 2013 quarter, the Reserve Bank's trade weighted index, measuring the Kiwi dollar against a basket of trading partner currencies, rose 2.7%, which had a downward effect on export and import prices.

Total import volumes were unchanged, with a fall in capital goods offset by rises in the other categories.

The price and volume indexes for exports and imports of goods are compiled mainly from overseas merchandise trade data.

About this economic boom ......how come I dont feel it ?
I mean in previuos boom times , I made more money , borrowed more money and spent liberally .
Now I am not doing that at all

Boatman,
Have you not seen the boom in empty shops or those new/transient takeaways and cafes?
How about the signs for industrial 'To Lets' ?
On the other hand Joyce and English have told us how good we are doing. So it must be true,eh?

The difference this time around is that dairy farmers aren't going on the spending spree they did in the early - mid 2000s. They're probably too indebted this time, especially the younger ones and the older ones nearing retirement.

So its all your fault then?

Boatman - maybe last time you weren't reading all the gloomsters on interest.co.nz!  This time round you should be paying a lot less interest though.

There is definately a feel good factor at present, Boatman, not sure why some don't have that. Anybody who has low debt and a good business or job should be doing quite nicely. And why would borrowing more and being outlandish be' feel good', just being sensible and quietly enjoying things can work wonders. Go the Chiefs!

Lexus - pay for a benz - get a toyota.
What's the appeal there?

Is that right - what neighbourhoods did they get kicked in, in?

Its not in the shop every couple of months and when if your Toyota ever does it won't cost you an arm and a leg. Plus you will do 400K in your Toyota, perhaps even more. Check out what the Dog and Lemon guide has to say about it all. Having said that my mates 600hp Merc is an experience not forgotten.

I wouldn't trust the unsubstantiated anti-Euro ramblings from the Dog and Lemon guide. http://www.dogandlemon.com/articles/german-cars
"To be frank, European cars tend to be poorly designed, poorly engineered and poorly assembled. This applies to the expensive cars as well as the cheap (see the following article on German cars)."
http://www.dogandlemon.com/articles/european-cars
what eva
Lookup the comprehensive ownership surveys such as JD Power Ownership Survey http://www.whatcar.com/car-news/overall-results/1206902 and US Consumer Reports Reliability rankings http://www.autoblog.com/2013/10/28/consumer-reports-auto-reliability-japan/ "based on CR subscribers' experiences with 1.1 million vehicles."

Yes most Japanese cars are reliable, but many European brands are also "much better than average" and "Nissan sank to 22nd among the 28 brands in the rankings"

Benz, BMW and Audi are standard issue for Auckland Real esate agent...! so buy one if you want to be one.. oh and get a silky shiny suit to go with the car!

Can you still but terylene suits?
;-))