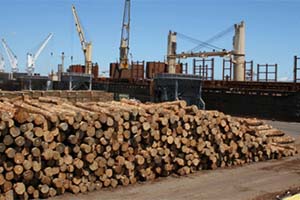 As tentatively anticipated last month, September was a price trough and log prices rose in October.

Export prices surprised on the upside, increasing by up to $15 for K grade at some ports.

All export grades rose to a lesser extent and domestic pruned increased in some regions up to $5. Other domestic log prices were up marginally or flat.

The chart below shows the 10-year trend of steadily increasing China log import volumes from major supply sources. Within that upward trend is considerable month-on-month volatility (which corresponds to the highly volatile pricing we have seen during the same period).

Note the steep drop in volumes from a year-peak in March to August 2015 - volumes are down from all sources.

This continued in September and is continuing in October, albeit likely at a lower rate due to the Golden Week holidays in early October. This is driving solid reductions in log inventory in China.

Stocks have been reported to be dropping at a rate of 100,000 m3 per week and are expected to be below 3 million m3 by the end of October. This will keep tension in the market and support price.

The log inventory situation is being assisted by decreases in domestic harvesting in China as environmental initiatives lock up timberland. This trend is expected to continue in the medium term and underpin the market for imported Radiata pine from New Zealand. 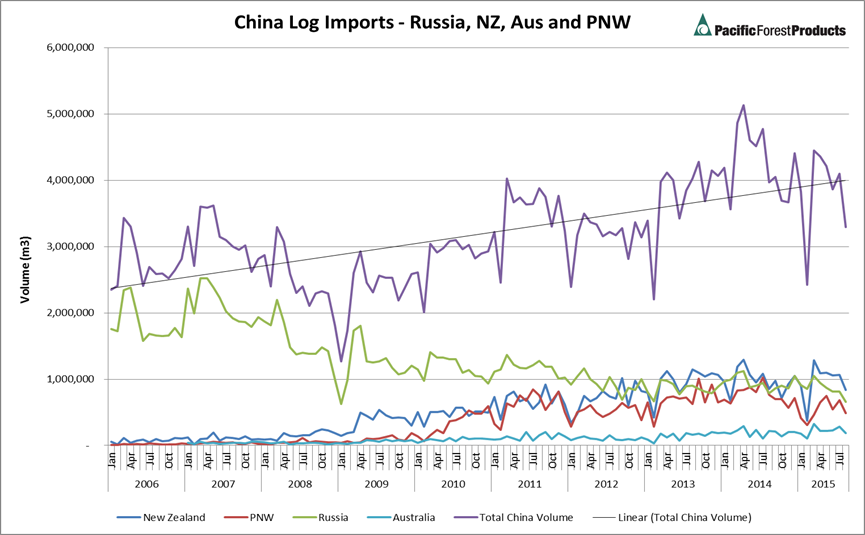 Since the CFR price is at such historically low levels, it is expected to take some time and considerable increases in CFR price before there is a meaningful stimulation of log supply, especially from sources such as North America.

Demand is also down some 14% year-on-year in China, but it has taken many months for supply to adjust and allow log inventory to reduce. This is a classic commodity response where supplier/trader/consumer behaviour result in delayed responses to signals and volatility is amplified. The damage this does to supply chains has repeatedly been commented on in this report in Wood Matters, so readers will be spared a repeated ranting right now.

The NZ$ remained steady against the greenback through September, starting and ending the month between 0.63 and 0.64 US$/NZ$. This exchange rate stability, along with stability in ocean freight rates, points to almost all the improvement in NZ$ at-wharf-gate prices being attributable to increases in CFR price (the US$ price of logs landed at the port of destination).

There were modest rises in pruned and unpruned log prices in some regions and prices were flat in others. Lumbercube in Rotorua got off to a slower than planned start but now has "square logs" in stock at the Port of Tauranga awaiting their first shipment.

The PF Olsen log price index rose seven points from $96 last month to $103 this month. It is now $18 higher than its cyclical low of $85 in November 2011 and only $1 below the two-year average and $1 above the five-year average. It should be noted, however, that there is a bigger difference behind the indices - the pruned price is higher now (than in both the two and five-year averages) and is offsetting a relatively lower unpruned (utility) log price. Therefore forest owners harvesting will be affected differently depending on their mix of pruned/utility logs. 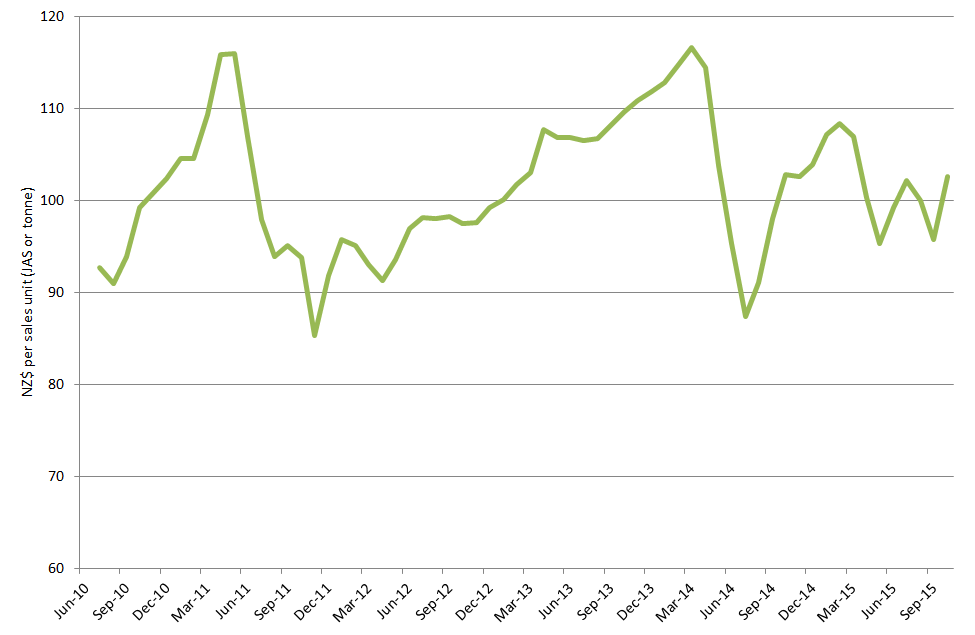 With continued drops in log inventory in China, CFR prices are expected to continue to firm and more or less flow through to NZ at-wharf-gate prices.

Since the beginning of October, however, the NZ$ has strengthened against the US$ from 0.64 to 0.68 US$/NZ$. This amount of currency appreciation effectively offsets about US$9/JAS of CFR price increase.

This has trimmed back price increase expectations for November but some increase is still expected.

Beyond that, the direction of the NZ$/$US cross rate will be a strong determinant of where New Zealand at-wharf-gate prices for logs go.

The domestic log market is expected to remain firm based on steady economic growth, a strong housing market and robust residential and commercial construction activity - and strong demand from abroad for key exported processed wood products from New Zealand.