Keith Woodford reports on disruption and volatility in global dairy markets, with some players doing much better than others

Keith Woodford reports on disruption and volatility in global dairy markets, with some players doing much better than others 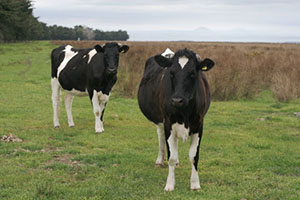 In the last two weeks we have seen increasing signs of further disruption and volatility in dairy. First, there was good news with Fonterra announcing that they had turned the corner In relation to enhanced corporate profitability. But then, only two days later, there was another decline on the (GDT Global Dairy Trade) auction – this time of 7.9 percent overall and 11 percent for whole-milk powder.

In the meantime, The a2 Milk Company announced that they were almost doubling their previous estimate of profitability for the coming year, triggering another increase in the share price. Since the start of November through to 24 November the price rose 60 percent on large volumes.

Away from the headlines, there was news from China Customs that Chinese infant formula imports from January to September had risen 33 percent by volume and 44 percent by value compared to last year.  However, buried in the details was that New Zealand’s market share had further declined down to 8.4 percent from 9.4 percent just two months previously.  (Several years back it was up at 20 percent.)  New Zealand’s market share of China’s imported UHT has also been declining as the Europeans take over.

As for European production, despite suggestions from Fonterra to the contrary, there are no signs yet of any year-on-year decline. Indeed the month-on-month production comparisons with last year show ongoing increases.

Ireland and the Netherlands are the main drivers of these increases, with other Northern Europeans following along behind. So what do those Irish and Dutch farmers know that the rest of us don’t?

First of all, let’s look at the Fonterra’s recent announcements about increasing profits. As so often, there is an element of spin. And why did these numbers come out right now? Well, several of my mates have reminded me that it did coincide precisely with election time at Fonterra.

There is no doubt that Fonterra is getting better margins on its value add and consumer service. This is very good news. However, with auction prices low, and the exchange rate coming down, this is to be expected. Fonterra also expects more than $300 million in savings from the more than 800 staff they have recently made redundant. The puzzle is how Fonterra got into such a situation so as to have more than 800 staff surplus to requirements.

Unfortunately Fonterra’s debt servicing is also going up because of last year’s additional borrowing. Thank goodness interest rates are so low! The overall expected improvement in profit from all of these things is some 5 cents per share, or about $80 million in total.

Fonterra is saying that they now expect to see substantial price increases in the first half of 2016. They could be correct. But the evidence supporting that looks somewhat shaky.

In comparison to Fonterra, Synlait keeps its farmers much better informed as to where things are at. Their latest (early November) newsletter to suppliers says their current estimate for the season remains at $5 per kg milksolids. However, they have also told their farmers that the prices to the end of October (before the last two auctions) only support a price of $3.60. So there is a lot more ground to make up.

Personally, I am now of the view that both Fonterra’s $4.60 and Synlait’s $5 are definitely looking optimistic. However, I qualify that by saying that I have always believed that any estimate prior to Christmas needs at least an 80c leeway either up or down. If whole milk powder prices were to suddenly rise to $3000 per tonne, then the $4.60 and even $5 could still be achievable.  But will that $3000 per tonne actually happen?

My farmer friends are now starting to ruminate on the prospect of poor payouts throughout all of calendar 2016. It is indeed an unpleasant possibility.

So what is driving those Irish and Dutch farmers to keep producing more milk despite declining prices?

In the case of the Irish, it looks like they got carried away by the rhetoric from last year and have undertaken some rash expansion. In the case of the Dutch, it is more a case of they have done their sums and said that, despite the low prices, the best way to minimise any short term losses is to actually produce more. In economic terms, marginal revenue still exceeds marginal cost, even if in some cases the fixed costs are not being met.

As for the Americans, they are still getting a payout of about $7 per kg milksolids in New Zealand terms. And once again, with feed costs still modest, marginal revenue exceeds marginal cost, and so they keep producing at maximum level.  It is only when some less efficient farmers move to a long term perspective and start shutting down that volumes will decline.

So hopefully both European and American production will soon turn the corner and decline, but so far there are no signs of it.

The two big winners for infant formula at the moment are a2 Platinum coming out of Synlait (on contract to The a2 Milk Company), and Bellamy’s organic milk formula out of Australia. Both are successfully leveraging off their buoyant Australian sales, with Chinese mums saying whatever the Australian mums want is what they too want. The challenge for both companies is now to ramp up their supply as fast as possible.

The a2 Milk Company currently has contracted supply of about 100 million litres per annum from Synlait. But it needs a lot more. In my opinion, they need to increase the A2 premium to Synlait’s farmers if they are to winkle out more supply.

I take some satisfaction from having first introduced the CEOs of Synlait and The a2 Milk Company to each other some years back. At that time I thought they had potential to be ideal partners, although in practice it seems the relationship may have been a little fractious at times. Currently, The a2 Milk Company has said that it is also looking at Australian production of a2 Platinum to build the supply they now need.

In general, it is much easier for large farmers rather than small farmers to put together A2 herds. For many New Zealand farmers, the percentage of what we call A2A2 cows (i.e. those carrying double copies of the A2 gene variant) will be between 40 and 50 percent. For farmers with multiple herds, it is relatively easy to test and then re-organise the herds so as to supply a pure A2 milk product. (For those who are wondering why I sometimes use a small ‘a2’ and sometimes a capital ‘A2’, it is to distinguish between the product and the brand.)

Some months ago, I wrote about Synlait’s Akarola infant formula which sells online in China at 99RMB. I said it t would be a disruptive strategy, and it has been.

It is still too early to say whether Synlait and its Chinese partner New Hope will make substantial profits from Akarola, which sells much cheaper than other brands. It will all depend on whether New Hope can convince Chinese mums that it is a quality product, despite not being sold elsewhere in the world. But what is very evident from perusing the Chinese online sites, is that nearly all of the other infant formula marketers have now responded by also lowering their online prices.

At the recent New Zealand China Business Summit, Fonterra’s Theo Spierings was asked his opinion of the Akarola strategy. He made no effort to hide his negativity, referring to it as destructive, or words to that effect. That, of course, is a natural response when someone undercuts the prevailing price.

The reality is that online selling is so much more efficient logistically than the traditional multi-layered channels through baby shops and supermarkets, that it is indeed disruptive. Just like Henry Ford with his Model T, once Henry had gone to the market with a new assembly line technology, everyone else had to follow. As in most games, there are winners and losers.

So what has been happening this year is that the landed prices in China of infant formula have been going up, but the final prices to consumers have been going down. Those sticking to the old logistics methods are getting squeezed.

The big dairy unknown for the next few months is the effect of the El Niño. This El Niño is real, and it is big. But every El Niño is different. Until recently, the anticyclones were forming well south in the Tasman Sea, giving a southerly aspect to the wind flows. With the winds now turning more westerly we may well get a big drought in eastern areas - but then again we may not.  Weather patterns can be fickle. The international dairy industry is watching with great interest to see what happens down here in New Zealand over the next three months.

Keith Woodford is Honorary Professor of Agri-Food Systems at Lincoln University. He combines this with project and consulting work in agri-food systems. Disclosure of interest: Keith’s clients include Calder Stewart who build free-stall barns. His archived writings are available at http://keithwoodford.wordpress.com

People tend to forget that NZ's milk production is only 3% of global production at most. USA and the EU are the price makers here.

A can of Karicare sold in NZ super market is about $22 or 99 RMB (NZD$1 = 4.5 RMB). Not sure why you would expect customer to pay exceptionally more in China, and expect this abnormally high profit can sustain in this nearly perfectly competitive market.