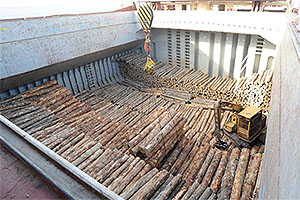 Another welcome and stable run for the market from February to March.

Average log prices flat-lined or rose up to $3 depending on grade to leave the PF Olsen log price index up $1 in March.

While the market may not have been very entertaining, there was considerable news-flow about log supply and domestic processing. This month this Log Report will cover some brief commentary about the export and domestic log markets, and update the usual log indices.

However, the bulk of the report focusses on the issue of domestic versus export log sales and suggests that regulation in this market would be a bad idea for the whole forestry sector (see Domestic Log Market Section below).

As forecast last month log inventory in China increased to just over 3.0 million m3 by the end of February in response to the Chinese New Year holidays. Offtake, however, is picking up again and prices are holding steady. The commencement of the Spring construction season should see this trend continue (see chart below). 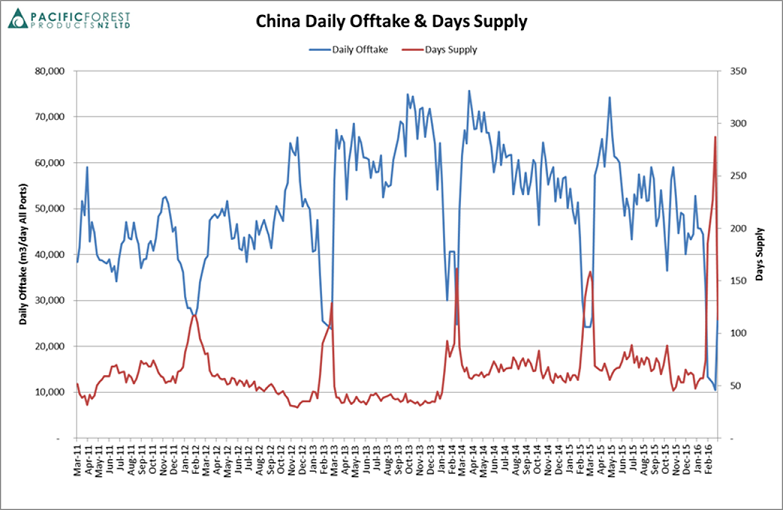 There have been some stutters in India as new exporters from NZ have entered the market with little experience and discipline.  As often happens in India this has resulted in a lot of discussion and confusion around pricing but fundamentally the market is still strong.  The KI and KIS grades are good for log suppliers with the combination of different lengths and pricing usually making the effort to produce these grades worthwhile.

The Reserve Bank recently surprised with a 25 basis point reduction in the OCR to 2.25%. This is now even lower than the depths of the global financial crisis. With inflation persistently low (a phenomenon across most of the world’s economies), the RBNZ feels it has some scope to lower interest rates. There was an immediate response on currency markets and the NZ$:US$ cross rate fell one cent on the news and since has rallied to close to pre-announcement levels of around 0.67 - 0.68. An expectation of another OCR cut later in the year and weak dairy receipts are expected to keep the NZ$ subdued against US$ and favourable for exporters.

The Baltic Dry Index (ocean freight) has been strengthening over the past couple of weeks but only after hitting new all-time lows in mid-February.   Numbers are still nowhere near sustainable and ship owners cannot keep haemorrhaging money at below operating cost freight levels for too much longer.  For the time being it seems the market has bottomed out.  There is a lot of speculation about which owners are out of cash and who is renegotiating their 10 year charter rates with the Japanese head owners.  Small increases in freight are expected as we enter the winter months.  The constant flow of new build ships entering the market in 2016/2017 should keep any sudden freight volatility in check throughout 2016.

On balance, the export log market is expected to continue with prices at around March levels over the next few months. 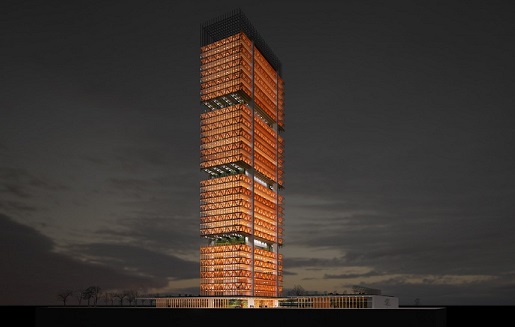 While unlikely to result in widespread construction of multi-story wooden buildings in the short-term, it is encouraging that the Chinese government has announced its intention to draft a ‘tall wood’ building code within one year. Such codes are well-developed in Europe and North America and are being driven by objectives including carbon sequestration, thermal efficiency, low-embedded energy, aesthetic appeal and sustainability. (Photo courtesy Canada Wood.)

During the past month, the media has covered calls by some domestic log processors for government intervention to control or limit export log sales. The main story line is that overseas interests are purchasing forests in New Zealand [namely Chinese interests] and unilaterally exporting all the logs to the detriment of domestic processors, jobs and the New Zealand economy.

PF Olsen annually harvests nearly 4 million tonnes of logs all around New Zealand. As the media stories suggest, along with the trend of increasing overseas ownership of forests there is an increasing trend of PF Olsen’s harvesting being on behalf of overseas owners. In contrast to the assertions in these recent media articles, however, the management instructions from overseas forest owners is almost invariably the same as those from NZ-resident forest owners, i.e. “sustainably maximise the value of the forest asset”. This means assessing all sales options and allocation log sales based on the highest risk-adjusted returns. In many cases this involves substantial sales to domestic log processors, even when the forest owner has its own log export programme operating.

Intervening in log markets to favour one set of purchasers over another would be disastrous for the forest industry. It also has poor economic logic. Initially it would ill-effect the forest growing sector by adversely affecting already slim financial returns. It would not only eliminate any new planting (this is already pretty much at zero now anyway), but it would also reduce re-planting of harvested cutover, ultimately resulting in fewer forests and less logs – possibly too few logs to sustain the domestic log processing sector in the long-term. Sounds like a lose – lose scenario. 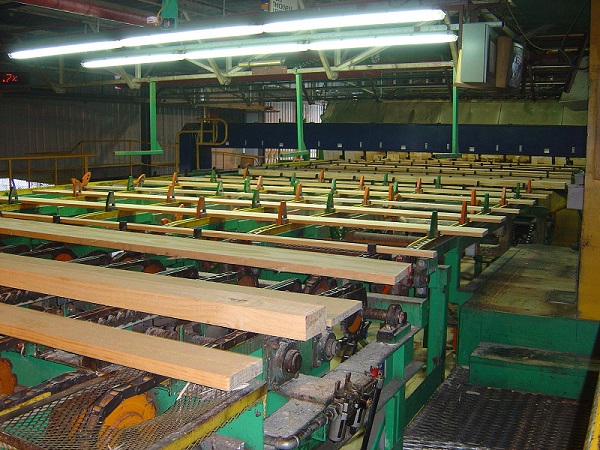 Government intervention as to where a forest owner sell logs is not only economically dubious, it could result in the long-term demise of the forestry sector.  Rather, parties should communicate more and play to each other's strengths - the lower volatility of domestic log sales is particularly attractive to smaller forest growers.

The log export market has historically been largely complementary to the domestic log market. Whilst the domestic log market favours smaller-branched and stronger logs, the export log market is tolerant of larger branches and wood strength is less important. This complementarity is good for the sector as it maintains forest grower returns without having to push undesirable log grades into reluctant markets. However, over the past three years, pruned logs have changed from being largely unflavoured by export markets to being highly sought after. This is creating more competitive tension in the market, especially for logs from forests located close to ports. It is competition for the procurement of pruned logs which is causing the most consternation amongst domestic processors.

The trend of more harvesting in smaller forest ownerships is probably a bigger issue for domestic saw millers than overseas ownership. However it also presents an opportunity. Smaller forest ownerships are much more sensitive to fluctuations in log price. This is because they often don’t have the harvesting term to ride out the ups and downs of the market to achieve reasonable average returns. Domestic log markets are typically less volatile than export log markets, and therefore more attractive to smaller forest owners. Domestic log processors have the opportunity, alongside professional managers such as PF Olsen, to position themselves strongly as a preferred sales option for smaller forest owners. This win - win scenario will appeal to most New Zealander’s whose inherent preference is supporting “NZ Made” – just not at the expense of economic reality.

The domestic market is continuing its firm run. Average prices in March were unchanged from February apart from pruned logs up $1/tonne. The Westpac bank reports that residential and non-residential construction are expected to be major drivers of economic growth over the next couple of years. In the December 2015 quarter, total building work put in place rose a record 2.5%, far higher than the prior quarter’s 0.5%. This is highly supportive of continued strength in domestic demand for wood products. In addition, the lower NZ$ and solid demand from key export markets is supporting strong demand and prices for exported wood products. 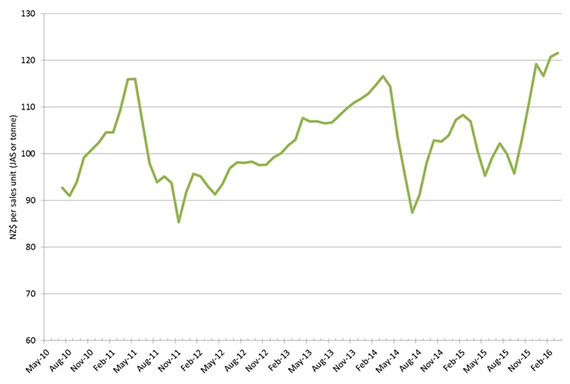 Have a very small shareholding in a block in the S I which was ready for felling 18 months ago but instead because of the log price it was left standing.
Sounds like price may be heading in the right direction