The red meat sector is changing fast, as fast as its trading environment. Allan Barber assesses whether they are keeping up with all the transitions going on around them

The red meat sector is changing fast, as fast as its trading environment. Allan Barber assesses whether they are keeping up with all the transitions going on around them 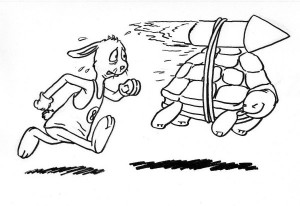 Since I attended the 2016 conference, having missed last year’s, several things have changed considerably: two years ago Donald Trump wasn’t President, Silver Fern Farms hadn’t concluded its capital raising with a Chinese investor, alternative proteins and non-meat burgers weren’t on the industry’s radar and there was little recognition of the need for a Red Meat Story.

This year the conference programme acknowledged these changes by focusing on disruption to global trade, the China influence, heightened consumer expectations, the effects of the digital revolution and the importance of building consumer trust by telling our story about product provenance, traceability and environmental credibility. The conference was very well attended by farmers, processors and service providers, all of whom were optimistic about meeting the challenges ahead of an industry which has faced many different threats to its survival in the past 140 years.

The conference’s first session set the scene domestically and internationally with political commentator Colin James giving his perceptive insight into the outlook up to and beyond the next election and trade negotiator Vangelis Vitalis’s unique perspective on the challenges and opportunities presented by growing protectionism and free trade agreements. James noted the disproportionate influence in government of NZ First and the Greens with the former needing to tread a fine line between differentiating itself without being disruptive, while the latter’s tension between social and environmental issues could result in internal conflict.

Vitalis emphasised the stability of trade rules since the Uruguay round in 1995 which are now starting to fray under threat from global trade wars, notably between the USA and China and the uncertainty of Britain’s relationship with the EU after Brexit. He expressed serious concern about the possibility of New Zealand being caught in the crossfire, especially because exporters are more important to employment and the economy than non-exporters. On balance his view is the future is still bright, citing the opportunities arising from the CPTPP, scheduled to be signed in November and to take effect early next year, and other free trade agreements, but there will be bumps in the road with agriculture at risk.

Primary Industry Council chair Lain Jager talked about the importance of ruminant proteins which contribute nearly 30% of global protein supply. The outlook is good because the world will need more protein to feed its growing population and, as a result, the volume of ruminant protein will also grow, but sustainability will be an essential requirement.

Rabobank China specialist Tim Hunt described the opportunity and complexity presented by that fast growing market, underlined by the rate of increase in New Zealand's exports in the decade since the FTA was concluded, moving from 5% to 20% year on year. China is resource poor, notably in the low area of arable land and amount of fresh water, while it still remembers times of embargo, famine and mismanagement of resources. Therefore it has concerns about food safety and quality, but must decide which products to supply internally or to import.

Strategically, staples which it believes it must source domestically include wheat, rice and corn, while dairy and beef are not considered strategic and slow growth in internal production will mean supply constraints will be offset by imports. Import growth in beef is estimated at 24% per annum, while sheepmeat will also grow strongly, particularly via e-commerce. As shown by dairy and infant formula, first mover advantage is considerable and can be achieved by building brand recognition through a combination of provenance, adding value and choice of the right Chinese partner.

The day’s second session covered the notion of disruption and how to adapt to a fast-changing world. Productivity Commissioner Murray Sherwin talked about the need, both political and environmental, to move to a stable and credible low-emissions economy by means of emissions policy, legislation and institutions, regulation and policy, and innovation and investment. He drew a distinction between long and short lived gases, the first requiring net zero inflows compared with the second, like methane, which should ideally balance outflow and inflow. Methane is different from other gases and should therefore be treated differently, when setting the appropriate emission charge, although accurate on-farm measurement presents a challenge.

Kaila Colbin, a climate project ambassador who has trained with Al Gore, a director of ChristchurchNZ and an expert in exponential technologies, introduced the conference to the law of accelerating returns across a range of technologies, the principle of exponential growth which our brains are not wired to understand, and the fact it is impossible to predict the future from the past. She illustrated these with the examples of the exponential reduction in cost of LED lighting which has made indoor farming 100 times more profitable and the downward cost curve of producing alternative protein meat which still has some way to fall.

The last presentation was by Mahyar Osanlouy, a research scientist and blockchain expert, who told the conference about the potential to create provenance and consumer trust by the use of blockchain technology which can provide a totally secure shared transaction ledger providing guaranteed traceability and customer visibility. It sounds to me like a solution to the unreliability of NAIT.