ASB annual profit increases to $1.274 billion with return on equity at 15.2% as cost-to-income ratio is cut to 35.6%. Parent Commonwealth Bank of Australia buys into buy now pay later firm

Banking
ASB annual profit increases to $1.274 billion with return on equity at 15.2% as cost-to-income ratio is cut to 35.6%. Parent Commonwealth Bank of Australia buys into buy now pay later firm 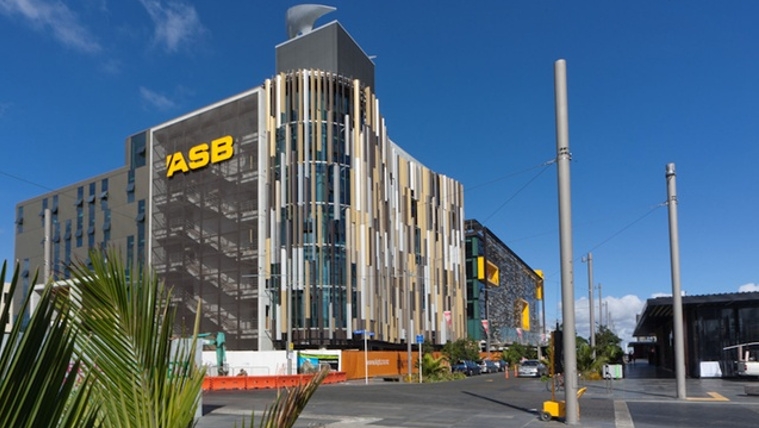 ASB's annual profit rose 8% to a new record high of $1.274 billion helped by income growth and a $46 million one-off gain from the sale of its 25% stake in electronic payments processor Paymark.

The bank's impairment losses increased $28 million, or 35%, to $108 million. Despite this increase in bad loans CEO Vittoria Shortt says credit quality remains sound, with an increase in impairment provisions impacted by a change in accounting standards.

"While all parts of the business contributed to the result, growth in underlying profit was more subdued this year, reflecting a backdrop of slowing credit growth in the business and consumer finance sectors," says Shortt.

ASB reported a 6% annual increase in loans to $88 billion, and a 6% increase in deposits to $66 billion.

The Commonwealth Bank of Australia (CBA) owned ASB reported a 20 basis points rise in return on equity to 15.2%, and said its net interest margin was down three basis points year-on-year to 2.21%, with Shortt attributing the drop to higher funding costs and customers preferring fixed rate loans. The bank's cost-to-income ratio was cut 40 basis points to 35.6%. ASB's annual ordinary dividends increased $50 million, or 8%, to $700 million.

It's a new record high annual profit for ASB, which last recorded a year-on-year profit drop in 2010 when the bottom line was hit by a $209 million payment as part of ASB's structured finance transaction settlement with IRD.

ASB, along with fellow shareholders ANZ NZ, BNZ and Westpac NZ sold Paymark to France's Ingenico Group for $190 million. ASB says this deal boosted its annual profit to the tune of $46 million. ASB reported a $48 million, or 4%, rise in annual cash net profit after tax to $1.191 billion.

Against the backdrop of the Reserve Bank's proposals to increase bank capital requirements, CBA reiterated that ASB would require about NZ$3 billion to meet these proposals, assuming its current balance sheet size and composition. ASB says its Common Equity Tier 1 capital ratio is currently at 11.4% of risk weighted assets, or $6.4 billion after a $500 million increase. Under the Reserve Bank proposals this would need to increase to a minimum of 14.5%. The current minimum is 7%.

The Reserve Bank proposals announced in December would see NZ banks - led by ANZ NZ, ASB, BNZ and Westpac NZ - required to bolster their capital by about $20 billion over a minimum of five years. (For background and detail on the proposals and bank capital in general, and the nuts and bolts of what's proposed, see our three part series here, here and here.  Additionally the Reserve Bank proposes to designate the big four as systemically important banks meaning they'd have capital requirements above and beyond other banks). Final decisions in the capital review are expected in November.

CBA, meanwhile, posted a 5% drop in annual cash net profit to A$8.492 billion. Its return on equity was down 110 basis points to 12.5%, its net interest margin was down five basis points to 2.10%, and its dividend per share unchanged at A$4.31.CBA says potential future capital management initiatives, following a series of asset sales, could include neutralisation of its dividend reinvestment plan or forms of capital return including an off-market share buyback.

Buy now pay later services such as Afterpay and FlexiGroup's Oxipay have been growing fast in Australia and New Zealand over the past couple of years. They are not currently captured by the Credit Contracts and Consumer Finance Act. See more on the buy now pay later sector here, which Visa is also entering.

CBA's press release is here and its investor presentation is here.

Those with cash “moan” while those with debt
“Want”

I'm a term deposit holder, waiting for the right time to take on huge amounts of debt. While I don't moan about low interest rates (they're still above inflation), I'm starting to think what I learned growing up (saving money is good) is actually the wrong strategy in the current environment.

The system seems to rely on debt creation so much, that banks and governments now do everything to save the less financially responsible people. At this stage, the consensus seems to be that banks will do their best to keep their mortgagors afloat, and I can understand why.
It's just a bit weird that being responsible and building up a cash buffer to save my ass in case of a job loss instead of relying on taxpayers' money is now almost being punished. Meanwhile the powers that be do their best to comfort the people who were completely irresponsible and took out huge loans without any safety buffer and low equity. All this to keep kicking the can down the road.

Same boat CJ..funny how post office type savings books where bread and butter as a kid, now somehow don't apply.
Once upon a time when there was failure there was opportunity too!

And tomorrow they will reduce the deposit rates some more, after RBNZ cuts the OCR.

Haven't you heard of the saying...'Do not let Schooling interfere with your Education' ?.

The thing you must understand in the current economic climate is that you were not being responsible. The responsible thing to do is to take on debt by the barrow load that's what generates GDP etc.
But yes like you I thought I was right but now I see my error but it's to late. Oh well never mind.

Heck no, shareholders aren't happy. That mean RBNZ wants them to leave some of it in the company.

What term deposit-holders want is for the banks to hold more money as a reserve against default.
Come on, RBNZ, get on with it. what are you waiting for!!

How much of that would be added to capital and reserves ?

Ha, pigs might fly, their snouts are too far into the trough to move on!

Many years ago I used to feed pigs in large numbers with whey piped into a long trough. There was always one pig of the twenty odd in the pen that would lie in the trough with their mouth open to the whey gushing from the pipe and stopping anyone else getting any further down the line.

That's how trickle down economics works.

Goodonya.. another bank with record profits ....fantastic to see the "free" market at "work".

My plan already in progress, is to get rid of ALL my debt (selling an overseas property to pay my mortgage IN FULL on my NZ home )

Only own 1 property here in NZ and preparing myself for the worldwide "Big Correction" - purely because of all the debt that has been"created" by the "know-all neo-liberals" with their printing presses, backed by NZ's and the worlds "poodle media".

Up to 2 years ago I was renting and 2/3 of my net salary was going on rent ....a "1st world" economy is not sustainable with those figures.

I just can not wait to be rid of the "shackles" of debt and being tied to a bank, just to keep "shareholders happy" in their mansions on Sydney Harbour ...let's be totally frank - who really cares.

If I could run a business with access to so much "free money" how could you not make a profit !

Disclaimer: my mortgage is not with the ASB ...my spiel relates to the "Big 4" banks.

Good plan. Life doe get a lot financially easier with no mortgage on your own home. Living costs plummet.

a nice plan EXCEPT unless you are existing outside society for your general living (ie if you use a bank account of any kind)
then you are still reliant on the Debt system functioning to provide stuff and retain the value of your money claims....

The banks will show "no mercy" on driving people financially to the wall, if they suspect they are haven't got enough equity in the property or they loose a job or one of the breadwinners in the household becomes sick and unable to earn.

If the banks are going down, they will take "all 'n sundry" with them !

Why do we allow the public utility of money creation to be used, and abused, by private commercial banks?
Instead this privilege should be returned to those it belongs: the people. So we need to establish not-for-profit community banks, locally accountable. Germany did it & had 200 years of economic success & prosperity w low inequality. China did it fr 1978 & multiplied GDP 40 times.
Richard Werner