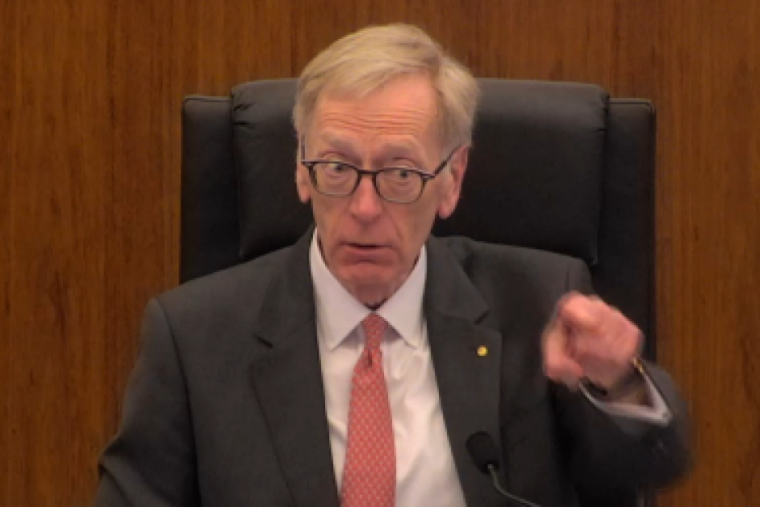 Commerce and Consumer Affairs Minister Kris Faafoi says he doesn't want to call a financial services royal commission but conduct and culture improvements are needed to avoid ending up with behaviour of the sort that sparked Australia's royal commission.

Faafoi made the comments at a lunch in Auckland on Friday organised by Westpac. His comments come after a busy period including his announcement that the Government will establish a conduct licensing regime for banks, insurers and non-bank deposit takers, confirmation of a daily interest rate cap on loans as part of changes to consumer credit laws aimed at combating loan sharks, and announcement of new measures aimed at better protecting businesses and consumers from unfair commercial practices.

"While we want businesses to make a profit, we don't want that profit to come at the expense of people," Faafoi said.

"I guess what you'd love to know is what is at the heart of it for me as a minister, and at a high level what do I want to achieve for you and your sector and also for consumers?"

"I want to make sure that New Zealanders are making wise, informed and motivated financial decisions," said Faafoi.

"Ultimately the reforms underway in the commerce portfolio are all aimed at insuring our laws promote an environment where business interests and customer interests work hand in hand so when businesses grow their customers' wellbeing grows too. And that can happen if consumers trust the sector and understand the sector and know what the benefits of good financial advice and products can be."

"It is obvious that we are also in a time of change. What is also obvious is that business wants certainty. So I want to give you the certainty that the current reforms are designed to increase  consumer confidence in the sector," Faafoi said.

"I want a New Zealand where kiwis can both afford and feel confident to be fully insured and invest because there is benefit for all in that. I want a situation where those who have traditionally been most vulnerable aren't just protected from predatory practices, they also have the means to access safe credit and can even save for things that are not a reality for them now like a holiday or a house. And I want a New Zealand where whether you're a consumer or a business you'll have clear rights and protections to be treated fairly so that business owners can concentrate on going digital or growth and not feel stressed because every day feels like a David and Goliath battle to get paid on time or to get a fair deal," Faafoi said.

Bollocks.
When ANZ and the Hisco family can do what looks like a $4m swindle in a house purchase and think its Ok then we need a royal commission, perhaps even more than the ozzies did.

You know Cruella is still ANZ acting chief executive don't you? Wait for Theo Never Here or Dame Jenny to fwd their CV. The Chairman believes he can work with them.....

Surely IRD must be investigating that house sale?

Tomorrow is the day that that demographic comprising those solo-mothers with multiple children to often multiple fathers will not have to name the fathers to Winz as a condition of collecting working for families.
The fathers in these cases are trash and take no responsibility for contributing to their children's upbringing.

These mothers of unfathered multiple children are the very demographic who have to borrow at usurious interest rates.

Incidentally, I'm of that school cheerled by Sir Richard Attenborough who attribute climate change and pollution directly to over-population.

So, Chris Faafoi, I will not be voting for Labour again.

When you threaten someone to whack them with a wet bus ticket, they get really really scared!

Just do it. We’d rather find what has been going on soon, if anything, rather than during an Australasian financial crisis caused by bank conduct.

I don't think the Banking cartel will be scared into action by such talk. They are TBTT..Too Big to be threatened.

If they where going to investigate banking they'd already have announced it. However they are frightened that banks improving industry standards (e.g. forcing banks to contact clients where better alternative products exist, ensuring that new products fit a clients goals, setting industry standards to aid product comparison etc.) would reduce credit growth. "Doing the right thing" has limitations for banks and politicians alike.

Nice words Mr Faafoi. So, how good are your deeds?