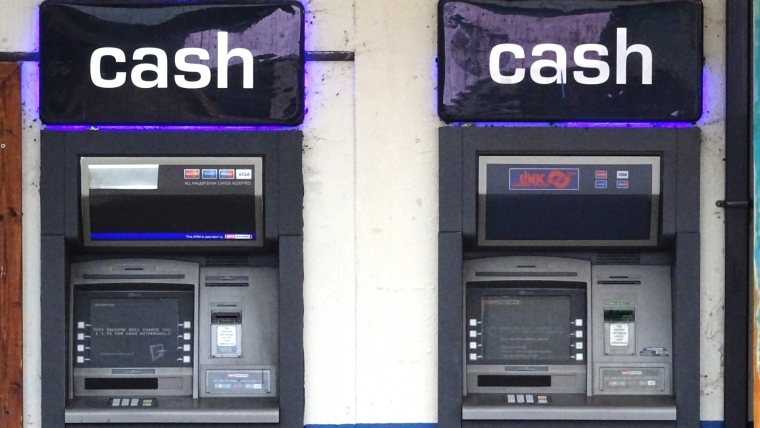 The Government's announced that New Zealand’s largest banks will trial "regional banking hubs" for 12 months and have agreed not to close any branches outside of main centres while the trial is under way.

The "hubs" will be trialled in four places: Martinborough, Opunake, Twizel and Stoke - which is a suburb in Nelson. The trial will start in early 2020.

The banking hubs will provide basic transactional services like cash withdrawals, deposits and account transfers. They will all have a multi-branded Smart ATM and online banking facility, along with a support person to provide guidance and assistance.

The Government's been talking with the banks about the possibility of such regional hubs since last year in the face of closure of branches - which has included closures by Kiwibank, which is still majority owned by the Government controlled NZ Post.

Finance Minister Grant Robertson says the announcement is "fantastic news" for people in smaller towns who have been left feeling cut off as more banking moves online.

“I hope this will provide a solution for both the banks and local communities where it may not be economical for individual banks to maintain a branch."

Robertson thanked the banks and the Bankers’ Association for "working with the Government on this initiative".

Minister for Regional Economic Development Shane Jones said the Government was committed to supporting the regions.

"The announcement is the first sign of hope for regional communities that have lost their face to face banking facilities.

“Whānau, personal and business finances require close contact with a bank and many Kiwis prefer face to face contact over online services to manage their financial matters. For many people in regional New Zealand that choice had been taken away from them.

“I think the participating banks will be surprised by the enthusiasm with which these four communities embrace the regional banking hubs that will open next year and I am optimistic these hubs are the first of many,” Jones said.

“While many people hardly ever visit bank branches, some people still prefer to bank face to face. Banks want to help those customers by using innovative ideas and technology.

“Each Banking Hub pilot will test different ways of adapting to community demand and requirements and services will evolve over time. They will provide different capabilities, with variations in technology and personal service.

“NZBA will establish partnerships with local organisations or use existing bank infrastructure branches to host the hubs.

“NZBA has held a series of discussions with the government ministers on the best ways to help regional New Zealand. Those constructive conversations and feedback from local communities and customers have been part of the process leading to this trial,” Beaumont says.

For the purposes of the pilot, regional branches are defined as those outside the city council boundaries of the six main urban centres: Auckland, Hamilton, Tauranga, Wellington, Christchurch and Dunedin.

Two of the hubs (Opunake and Twizel) will be based in towns with one bank left, whose branch will turn into the hub.

Stoke and Martinborough do not have existing branch infrastructure. NZBA says it will look to partner with local government or organisations to establish a venue, likely in a community centre or other location.

Support staff will also be able to refer customers to the banks for financial advice via dedicated phone and internet banking services.

with todays tech, there is only difference between moving the functions to the regions against off shore is cost.
as long as they can get the staff at the right price its much better for NZ

Has the potential to be a great move, and could really deliver regions what they need, save face for the banks in regions, and gives challengers an opportunity to be seen beside rather than behind the big four.

Also the fact it's being delivered without government money is rare and to be celebrated.

From the above sounds like limited services would be available, and I imagine delivering a hub that can offer the full service we expect when walking into a bank is prohibitive from a technology and culture perspective.

Technology
- Can 6 banks deliver their full secure ICT stack to a premises that isn't theirs, and have it all delivered via the same PC the staff use to access other banks records?

Culture
- Is ASB willing to let someone have priveliged access to internal records, while not working for them?
- Is ANZ willing to let the regional in-store narrative on their sales be controlled by those who don't work for them?

Very interested to see how this plays out, thanks for sharing great article.

Despite what many people think (Shane Jones included) banks close branches because they are not profitable not because they hate small towns. I doubt these will be profitable and, given that banks are not incentivising their frontline staff anymore, don't be surprised if more and more branches close as they don't generate revenue.

But there are trade-offs living in small towns vs. Auckland. They can't have a bank branch and I can't afford a house.

they are combining to reduce costs, so in theory its only a 1/4 of the cost to have a branch

Hope the trial works so well, the Banks participating I the Hub may think of reopening full fledged branches again...One can hope.

What local retailers want is change for their shop, I can't see these glorified ATM's give out coins.