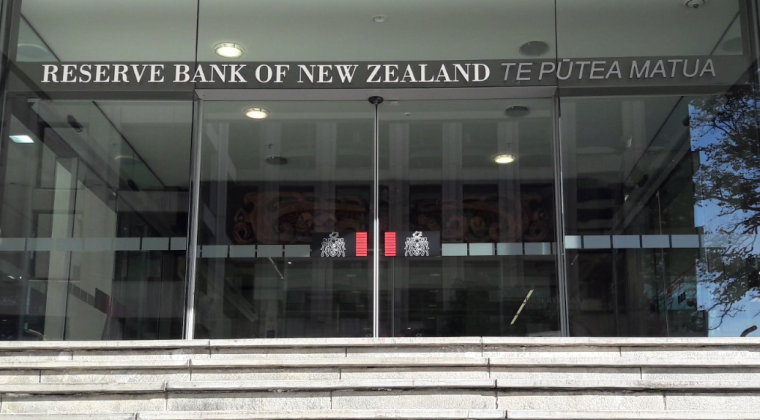 Should the Reserve Bank's high-level financial policy objective be changed?

This is under consideration as part of phase two of the Government's review of the Reserve Bank Act.

The central bank and prudential regulator's current policy objective is to; Promote the maintenance of a sound and efficient financial system. Financial soundness, or stability, and efficiency have been Reserve Bank objectives since 1989 when the Reserve Bank of New Zealand Act was passed.

The review's first consultation paper also floats the possibility of three other objectives. These are competition, consumer protection and public confidence, or public trust.

The Reserve Bank has already taken significantly more interest in consumer outcomes since Adrian Orr became Governor in March. It has, for example, been participating in a review of bank and life insurers' conduct and culture alongside conduct regulator the Financial Markets Authority (FMA). That's even though the Reserve Bank's annual report acknowledges conduct concerns are formally within the remit of the FMA. As I wrote in early June, Orr's rhetoric had also shown more interest in and sympathy for the plight of consumers than has typically been the case with the Reserve Bank.

Market conduct is overseen by the FMA and the Commerce Commission when it comes to regulating consumer credit contracts.

"The FMA has extensive powers to address conduct issues in securities markets and the advice and investment management sectors. But its powers are more limited in overseeing other activities (banks, NBDTs, and insurers). The Reserve Bank does not currently have a conduct objective, but it does have an interest in the area, as conduct abuses can signal risks to stability. Reflecting this, the Reserve Bank and the FMA are working jointly on the Financial Services Conduct and Culture Review," the paper says.

The paper also notes the key arguments for including consumer protection as a high-level objective:

Potential arguments against including consumer protection as a high-level objective listed in the paper out number the the arguments for including it:

In terms of adding a competition objective, the paper notes competition policy is currently developed by the Ministry of Business, Innovation and Employment (MBIE) and enforced by the Commerce Commission. The Reserve Bank is, however, required to maintain competition as a regulatory principle for insurers and non-bank deposit takers. Albeit this is described as a narrow objective because it requires the Reserve Bank to consider the competitive implications of its regulatory actions, rather than actively promote competition.

"For those that do, e.g. the UK’s Prudential Regulation Authority, they are typically interpreted as requiring the regulators to use existing tools to reduce businesses’ barriers to market entry, for example by lowering initial capital requirements for new firms. Broader competition mandates are possible, involving powers to investigate and enforce competition issues to prevent market abuse and enhance consumer choice. But these are largely absent from New Zealand’s regulatory system, where competition law is based on principles-based prohibitions and ex-post investigations."

Potential arguments for including competition as a high-level objective are listed as:

Potential arguments against including competition as a high-level objective are given as:

It goes on to say a broad interpretation of a public confidence objective would:

 give the Reserve Bank responsibility for ensuring confidence in the financial system as a whole. This is in keeping with the original wording in the 1986 Act, and would encourage it to take a stewardship role for the whole system and coordinate with other regulators (e.g. the FMA)
 overlap with the Reserve Bank’s other functions, such as maintaining public trust in banknotes
 potentially require the Bank to promote public understanding of the financial system (improving financial literacy) or ensure that the public always has access to critical financial services. Legislative position – public confidence remains a sector-specific objective in the Reserve Bank’s oversight of insurers, and for statutory managers when resolving a failing bank, but it could be reinstated as a high-level objective across all the Reserve Bank’s financial policy areas.

And the arguments for reinstating public confidence as a high-level objective are said to be:

 Maintaining public confidence in the financial system is essential for avoiding instability during crises (bank runs). Statutory managers must already take this into account when managing bank failures; the same should apply to all the Reserve Bank’s financial policy decisions.
 The Reserve Bank would be required to promote confidence in itself, which would incentivise a greater emphasis on clear public communications and improving legitimacy and accountability.
 A public confidence objective would encourage the Reserve Bank to provide stewardship of the financial system alongside other regulators (e.g. the FMA).
 The Reserve Bank already has a sector-specific objective to promote confidence in the insurance sector (IPSA 2010, Section 3); the same should apply to other sectors (e.g. banks and NBDTs) and to the Reserve Bank’s other core functions (e.g. providing banknotes and coins) that do not currently have high-level objectives.

Meanwhile, the potential arguments against including public confidence as a high-level objective given are:

Submissions are sought by 25 January.

Also see: Bringing the banks and non-banks together? And Depositor protection looms large.

The reviewers seem to be treating the banks like they are Government Departments, and not private institutions. they present arguments while studiously avoid making recommendations (I understand it is a first discussion paper). They talk about Consumer protection, and a targeted depositor protection, while going on to mention consumers managing their own risk. They don't seem to understand that for the vast majority of people on the street, all the banks look pretty much the same. In truth their behaviour tends to also reflect this perspective. They also mention competition. What competition? When they all look the same, over similar interest rates to deposits, the only competition is if you want to borrow a mortgage from them, and for most, apart from a few decimal points of interest there remains little competition.

What i want to see is banks held firmly accountable for their actions. I don't want a taxpayer funded Depositor Protection. I want the Government to change the law to say that my funds which i loan to the bank, remain my property and that the bank is responsible and fully accountable for how they use those funds. Essentially the same expectations any bank puts into a mortgage document when they loan money to a borrower. I want the right to have an equal relationship with the bank. Not the BS one that exists now.

Great comment Murray. There is 0 reason for banks to compete if they can all just make more and more profit every year. IF their was true competition you would find some banks losing ground while others take higher market share but this is not happening (on a large enough scale to matter).

Probably the biggest shakeup was Kiwibank but they are starting to act more and more like the big banks...

Thanks. Andrewj posted a comment and link to an article that brilliantly points to why regulation needs to pull these guys in, here. This is a clear warning to anyone who will listen.

Lloyds of London has unlimited liability. That is what the bosses of banks need. For example the bank failures in the UK - the bosses granted themselves giant golden handshakes and then resigned. Some of them should have gone to prison.

There’s a bit to like, mostly the financial education part. Looking at RBNZ’s current goals as per there website:

They have failed price stability and the sound and efficient financial system criteria. How will they do with the potential new goals?