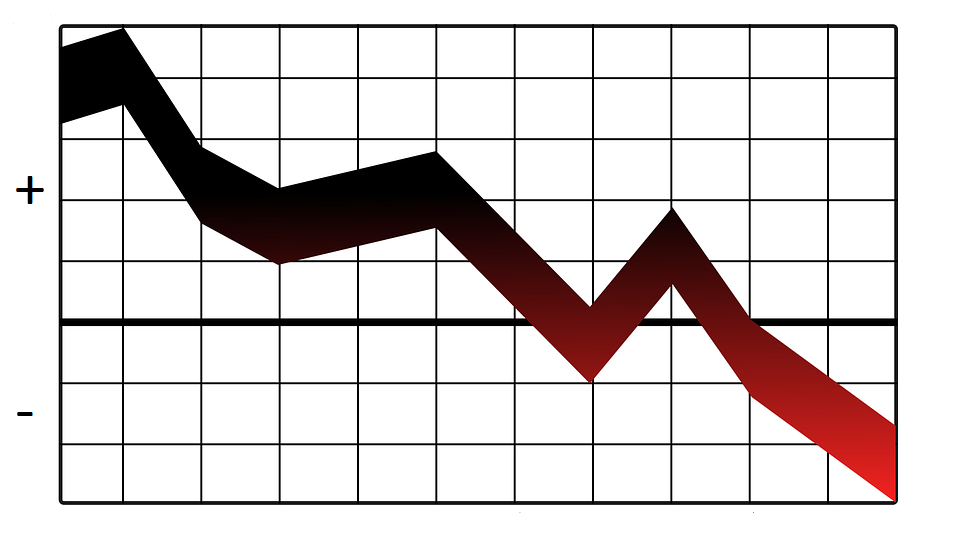 Economists at the country's largest bank believe it possible, though unlikely, that the Reserve Bank could resort to negative interest rates next year if the economic outlook became bad enough.

At the moment New Zealand's Official Cash Rate stands at a historic low 0.25%.

When reducing it to that level in March the RBNZ pledged to keep it at that level for a year. It ruled out dropping the OCR below zero at the time but has made clear since that it had ruled out minus interest rates then because some bank systems would not be able to cope with negative rates. However, it has subsequently refused to rule out applying them at some stage, even though its stimulatory weapon of choice is currently quantitative easing (QE), or money printing if you will, through its purchase of bonds.

It's always worth stressing that a negative OCR would not mean retail bank customers would be faced with negative rates on deposits. These rates would stay positive, though not by much.

ANZ senior economist Liz Kendall has done a detailed crunch of the possibility of a negative OCR and what it would entail in an ANZ NZ Insights publication.

"There are risks associated with a negative OCR, and reasons for the RBNZ to be cautious," she says.

"At some point, a lower OCR can impair financial market function, and costs start to outweigh benefits. There are better options that we think the RBNZ would use before a negative OCR. But it pays to be prepared.

"If the economic situation was dire enough, other tools had been exhausted, and the benefits were deemed to outweigh the costs, the RBNZ could choose to deploy a negative OCR next year. We don’t think it is probable, but the possibility cannot be ruled out."

Kendall said there are limits to the RBNZ’s QE programme given that there is a limited pool of assets for it to buy.

"We think that the QE programme will need to be expanded in size [from the current $60 billion], lengthened in its duration, and widened to include more assets. Reflecting these limits, the RBNZ are working on adding a range of other “alternative” monetary policy tools to their toolkit should they be needed, including a term lending facility, foreign asset purchases, and reductions in the OCR – potentially into negative territory.

"The RBNZ is not alone in considering taking the OCR negative. A negative policy rate might sound strange, but they aren’t rare. Following the GFC, some other central banks around the world eventually found themselves in a situation where it was deemed necessary to take their policy rates to zero or into negative territory, such as in Europe and Japan. Each of these central banks judged that it would be worth any potential risks given a poor economic outlook."

Kendall says there are costs and uncertainties involved with a negative OCR and so it "is not a preferred policy tool in our view".

But despite these costs, at some point the RBNZ could judge that the benefits outweigh the costs, she says.

"In our view, this should only be considered if the outlook was sufficiently bad. And all other avenues for stimulus would have to have been exhausted for it to make sense, which is far from the case now."

Kendall says QE has more potential to provide stimulus, especially if Large Scale Asset Purchases were front-loaded – and there are plenty of other options.

"But of course, the RBNZ may view a negative OCR policy more favourably than we do. A negative OCR can hamper the banking system, but it also has the potential to generate a big exchange rate impact, which the RBNZ could consider a priority, downplaying risks to credit supply. We expect the RBNZ to publish research on these issues soon."

Kendall said before a negative OCR was possible, the RBNZ would need to lay the groundwork by ensuring that the banking system could function smoothly – and also to ready the public," since negative interest rates are pretty mind-bending".

She said the following hurdles would need to be met:

"Although we currently consider it unlikely, it is possible that a negative OCR could be employed next year, or at some later point if the outlook became bad enough. At the moment, fiscal policy is doing a lot of heavy-lifting, but monetary stimulus is necessary and complementary, and the impacts of QE are still working their way through the economy," Kendall says.

"But in time, if we cannot secure a path to economic recovery, or if downside risks materialise, the RBNZ may need to throw the proverbial kitchen sink at monetary stimulus. In that world, the RBNZ might come to the conclusion that the risks and costs of a negative OCR are worth it. In that instance, the economic costs of not doing something would be considered too great.

'We hope it isn't required'

"Much work is being undertaken to prepare the financial system and investigate the possibility of a negative OCR. Based on our assessment, we hope that a negative OCR isn’t required; both because that would mean taking on significant risks and costs to the financial system, and because that would imply that the outlook was materially worse than it is now.

"At some point, though, the RBNZ might just give it a go because they have no other choice, even if risks being counter-productive.

"Currently, the RBNZ still has other, better options to provide stimulus. But although we are sceptical, it pays to be prepared – and readying ourselves for the possibility is vitally important work.

"If a negative OCR were deployed, it would be very important. Jobs, firm viability and people’s ability to service debt would all be on the line. Being ready for this is like taking out an insurance policy. You hope you don’t have to use it, and you may never need or want to. But you’d rather have it and not use it, than wish you had made the investment. If circumstances were bad enough, the RBNZ may simply deem that it has no other choice."

It may have to happen , as our Government is showing no signs of parsimony , and will need cheap lines of credit to fund itself

This economists comments are not objective, and the current measures of quantative easing is sponsoring continued bank profiteering. It wouldnt be so bad if the profits circulate locally, but 90% plus don't. They did when NZ was dominated by community owned banks, but previous politicians were bought off by these overseas banksters who continue to line the ex politicians pockets. Look at those that have ongoing employment with these banksters. It looks to me they sold NZ out for their personal gain, and its time they were held accountable.

As for negative interest rates, expect this to be a given. Other central banks are continuing the flood of money, to keep these banksters afloat. NZ will be forced to do the same to keep our exchange rate at a level that makes our export prices competitive.

The net result is our banksters profits are going to take a big hit, and its about time as they have been taking way to much of the pie. Its been a private tax for too long, and its time their shareholders paid the price to their abuse of power.

What we are witness to over the past decade or so is welfare of the global finance industry. That's welfare as in bail-outs, or free money, or QE, or money printing or whatever you want to call it (I call it debt). No one wants to be the first country to take it on the chin so in true social security (s-s) thinking/style, you create s-s (welfare) for the banks. What this tends to suggests is that the world has not got the demand for everything we produce and/or there is too much debt in the system already, relying on tomorrow to pay it off, when tomorrow can't afford to buy it. A lot of us are old so we're winding down anyway, but most of the new people are poor (Africa, South America, large parts of Asia still) & therefore cannot afford all the things we produce (at the prices we want for them). I always believed less is best, but we've got a ''more, more, more consumer culture'' & so the coming off that particular drug will be hard. For NZ Inc it should be all about quality. Quality people, quality products, quality services, quality homes, quality businesses, quality infrastructure, quality everything. Except there's a problem. For the last 50 years we've had a tax payer sponsored breeding programme based on quantity. This story doesn't end well. And the ending is near.

It's interesting contrasting the very cagey views of ANZ on a negative OCR with the very bullish views of Michael Reddell.

I'm thinking we will only see negative rates if NZD keeps on this upward trajectory against the majors and RBNZ feels it needs to step in but we'll probably see 0.1% and foreign asset purchasing first.

NZD seemingly poised for further gains against its AUD cousin, whether markets risk on risk off . If China cuts back on or hampers Aussie iron ore, AUD/NZD will fall below parity before years end . If so RBNZ will go negative .(notwithstanding the Fed may arrive there first) The hurdles Ms Kendall suggests appear nothing more than cannon fodder, The notion that negative rates are not widely accepted internationally is lame. Given New Zealand banks interact daily with international peers where negative interest rates have been accepted for a considerable period of time, the often repeated software issues of New Zealand domiciled banks and negative rates appears somewhat amusingly exaggerated. It appears that most banks routinely cutting deposit rates are laying out the necessary public groundwork. Savers will not need a prolonged advertising campaign to appreciate that Kashin has blown his final trumpet.

Wonder what mortgage rates would be under, say, a -.25 OCR

The rates will be below zero the second the RBNZ gets a whiff of housing prices trending in the affordable direction.

And the ending is near.