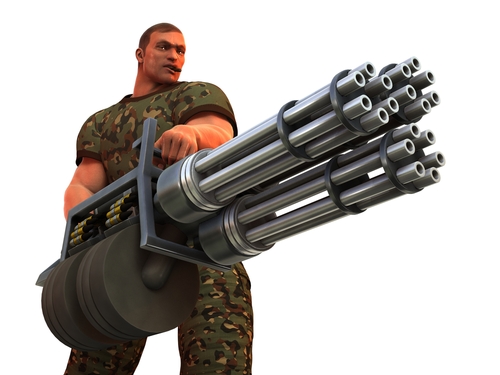 Forget about the interest rates. Next week's quarterly Monetary Policy Statement (MPS) is going to be watched largely for what the Reserve Bank might say about its new "macro-prudential tools".

The RBNZ has been developing the tools to potentially be used alongside its traditional monetary policy instruments. See our articles on macro-prudential tools here.

Reserve Bank Governor Graeme Wheeler strongly indicated in a speech last week that the central bank might look to use one of the tools, limits on high loan to valuation lending, as a means to both preserve financial stability and act against the currently heated housing market.

So, while it is a given that Wheeler will on Thursday next week  re-affirm no change in the Official Cash Rate, which has been at its record low 2.5% since March 2011, economists et al will be looking closely at what if anything he does say about the possibility of deploying the new macro-prudential tools and particularly limits on high LVR lending.

Deutsche Bank New Zealand chief economist Darren Gibbs doesn't expect there will be much reference to macro-prudential tools in the MPS itself, but some reference is likely in the accompanying press conference.

"We expect Governor Wheeler will reiterate his preparedness to use all the policy tools at his disposal. Absent signs of an autonomous stabilisation of house prices over coming months we expect to see the RBNZ impose an LVR restriction to bring the proportion of high-LVR lending back down to levels seen 18 months or so ago (ie limit high LVR lending to around 20% of new loan originations)."

Recently across all banks the high LVR lending (above 80% of the value of the property) has been running at around 30%.

ASB chief economist Nick Tuffley and ASB economists Christina Leung and Daniel Smith say that while moving on LVR limits would increase the resilience of NZ's banking system, it would be unlikely to have a significant impact on the housing market.

"Previous RBNZ analysis suggested that using a tool like LVR limits would have impacts on credit growth similar to a 25 basis points OCR hike.

"Given the structural dynamics of the housing market – a supply shortage in Auckland that will take many years to redress – a minimal tightening in lending conditions is unlikely to have a significant impact while mortgage rates remain at a 50-year low," they say.

"At most, macro-prudential tools will provide the RBNZ with some breathing room before having to resort to OCR hikes to slow down the potentially destabilising housing market. But in the context of the high exchange rate and a gradual recovery in the wider economy, some breathing room is welcome.

"Still, on the assumption that house prices continue to rise steadily, a higher OCR will become necessary – we predict by March next year. In addition, by that time capacity constraints in the Canterbury construction sector are likely to have become further exacerbated, with potential spillover effects to other areas of the economy."

In general terms economists are expecting the MPS and accompanying comments from Wheeler to be a little more "hawkish" than in the last MPS in March as the central bank deals with an economy growing more strongly than it expected, a still-high NZ dollar and a rising house market.

Westpac's Stephens expects the MPS will explain "both side of the high-growth-versus-low-inflation dilemma" but slightly more attention will be given to the improving economy than in earlier statements.

"The RBNZ's interest rate forecast may be upgraded slightly, in the order of 20 basis points," he said.

Deutsche Bank's Gibbs says that the central policy outlook projected beyond this year is likely to remain one of steadily rising interest rates as economic slack is pared and inflation pressures begin to turn higher.

"Indeed, whilst the near-term inflation outlook remains benign, in light of the generally more positive tone of the domestic dataflow in recent months we expect that the RBNZ will project policy tightening to begin a little earlier than forecast in the March MPS – probably a first [interest rate] hike in Q1 2014 rather than mid-2014," he says.

"That said, we expect the RBNZ will emphasise the significant uncertainty that surrounds this central outlook with either a more aggressive tightening or a delayed tightening cycle possible depending on how key domestic 'swing factors' evolve (in this regard the housing market and exchange rate are again likely to be a key focus in the MPS). The RBNZ will remain acutely aware of global risk factors with global financial markets looking set for a volatile period ahead."