US Federal Reserve lifts interest rates 0.25%, but sees future rises as only 'gradual'

US Federal Reserve lifts interest rates 0.25%, but sees future rises as only 'gradual' 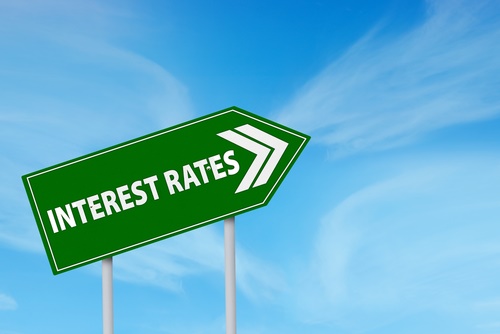 The US Federal Reserve has made its much anticipated move toward 'normalising' financial conditions in the US with a 0.25% hike in interest rates. The key questions now will be how the rest of the world reacts - and whether the rise really will be the start of a move toward more historic levels of interest rates - or as some expect, end up being stalled by global conditions.

The move by the US to push up rates comes of course just a week after our Reserve Bank dropped rates again, completely unwinding a one percentage point hiking in rates that occurred here last year. The RBNZ is at this point intending for last week's drop, which saw the Official Cash Rate come down to 2.5%, to be the last one in this easing cycle and it will be very keen to see how the US move is interpreted and reacted to by markets.

One thing that will not initially please the RBNZ is the fact that the NZ dollar is looking strong, if extremely volatile. It dropped quickly by about quarter of a cent against the US after the Fed move was announced - but had been gaining against the greenback prior to the announcement. It then suddenly surged by over half a cent to US68.2c, before dropping back to about US67.8c. But this is not a level the RBNZ will be comfortable with at all.

This is the statement issued by the Fed:

Information received since the Federal Open Market Committee met in October suggests that economic activity has been expanding at a moderate pace. Household spending and business fixed investment have been increasing at solid rates in recent months, and the housing sector has improved further; however, net exports have been soft. A range of recent labor market indicators, including ongoing job gains and declining unemployment, shows further improvement and confirms that underutilization of labor resources has diminished appreciably since early this year. Inflation has continued to run below the Committee's 2 percent longer-run objective, partly reflecting declines in energy prices and in prices of non-energy imports. Market-based measures of inflation compensation remain low; some survey-based measures of longer-term inflation expectations have edged down.

Consistent with its statutory mandate, the Committee seeks to foster maximum employment and price stability. The Committee currently expects that, with gradual adjustments in the stance of monetary policy, economic activity will continue to expand at a moderate pace and labor market indicators will continue to strengthen. Overall, taking into account domestic and international developments, the Committee sees the risks to the outlook for both economic activity and the labor market as balanced. Inflation is expected to rise to 2 percent over the medium term as the transitory effects of declines in energy and import prices dissipate and the labor market strengthens further. The Committee continues to monitor inflation developments closely.

The Committee judges that there has been considerable improvement in labor market conditions this year, and it is reasonably confident that inflation will rise, over the medium term, to its 2 percent objective. Given the economic outlook, and recognizing the time it takes for policy actions to affect future economic outcomes, the Committee decided to raise the target range for the federal funds rate to 1/4 to 1/2 percent. The stance of monetary policy remains accommodative after this increase, thereby supporting further improvement in labor market conditions and a return to 2 percent inflation.

The Committee is maintaining its existing policy of reinvesting principal payments from its holdings of agency debt and agency mortgage-backed securities in agency mortgage-backed securities and of rolling over maturing Treasury securities at auction, and it anticipates doing so until normalization of the level of the federal funds rate is well under way. This policy, by keeping the Committee's holdings of longer-term securities at sizable levels, should help maintain accommodative financial conditions.

We will get a similar present at Easter, I think.