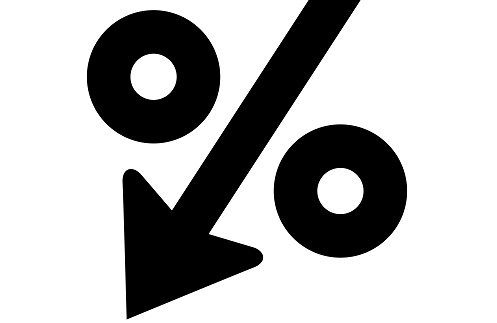 ASB economists say the Reserve Bank will now need to do "even more" to achieve its inflation target of 1% to 3%.

The chief economist for ASB Nick Tuffley says the the odds "have now tipped towards a 1.75% low in the OCR".

"Events since the March Monetary Policy Statement [released on March 10] show the RBNZ is not likely to get the stimulatory response to the OCR cut that it would have hoped for," Tuffley said in an 'OCR Outlook Update' issued by ASB today.

"Several benchmark lending rates have not fallen as much as the RBNZ clearly expected them to. Moreover, the RBNZ again runs the risk that the [New Zealand dollar] holds up at a higher level than it has assumed, continuing to undermine the extent to which inflation will pick up in the future."

Tuffley said ASB's now expecting two "final" OCR cuts, at the June and August Monetary Policy Statements, though the April meeting is "a very lineball call for the next move".

He said, however, that the housing market’s response to lower interest rates will remain a consideration for the RBNZ in terms of “how much” and “when”.

One factor in the ASB economists changing their assessment, Tuffley said, has been the lack of "pass-through" of the RBNZ's March cut (to 2.25%) of the OCR to bank lending rates.

"Rising risk premia for banks, particularly this year as European banks have come under pressure, have impacted the costs of raising funds in international markets.  But it is clear the RBNZ wasn’t anticipating that three of the major banks would only pass on 10bp of its 25bp OCR cut.  (Note that ASB is the only major bank so far to pass on a 20bp floating mortgage rate cut and comprehensively cut its fixed-term mortgage rates, and is the only one – so far – to cut its rural floating rate [by 20bp])."

In respect of the Kiwi dollar, Tuffley said despite the RBNZ cutting the OCR earlier than expected, there had been "minimal easing of monetary conditions through that channel".

"Last Thursday morning, the US Federal Reserve undid all the RBNZ’s handiwork in shoving the NZD down. The Fed kept interest rates unchanged, but dialled back its expectations for future interest rate increases by more than expected. The promise of delayed action spurred a dip in the USD to the point where the NZD/USD ended the week higher than it was before the RBNZ’s surprise OCR cut.The trade-weighted NZD is back around the level it sat at in the week ahead of the OCR cut.

"It is clear the RBNZ can’t expect the Federal Reserve to come to its rescue. But beyond the Federal Reserve, continued policy easings by other major central banks mean NZ remains a place of relatively high returns in a world of low and even negative interest rates.

Tuffley said all this presented "a creeping conundrum" for the RBNZ, with the NZ dollar strongly risking continuing to blunt the extent to which tradables inflation picks up.

"To make up for that lack of inflation boost the RBNZ would need to tug the interest rate lever harder, to get more inflation from the non-tradable sector.  But the challenge of generating added stimulus from that source has been made harder by the muted pass-through of the last OCR cut," he said.

One "perverse" risk was, Tuffley said, that the lack of traction in lending rates discourages the RBNZ from cutting to the extent ASB economists now envisage.

"But to assess that risk we ultimately have to fall back on the message from our inflation outlook. That is, action is required if the RBNZ is to have confidence it will meet its inflation objective with an acceptable safety margin."

"But to assess that risk we ultimately have to fall back on the message from our inflation outlook. That is, action is required if the RBNZ is to have confidence it will meet its inflation objective with an acceptable safety margin."

Once more, when have falling official overnight interest rates been associated with rising narrowly defined and redefined CPI inflation rates? Would it not be better to pay the general working population a bigger cut of GDP growth consistent with it's share registered 40 year ago, thus cutting the rising share capital has become accustomed to?

What? Splutter. Steady on there! We can't have that, you know! Paying the workers more? Where will it end?

Seems to be the greatest fear of the overpaid and over privileged central planners and bureaucrats, seems fair enough to me.

Oddly enough, my reading of Keynes's general thrust is that if you keep people employed and pay them well then they will keep spending. Cut off their wages, or cut back their wages (the modern way) and they cannot keep spending so the economy collapses.

The neo -Keynesian central planners seem to have perverted this, or inverted it, to paying the workers less and getting them to borrow more instead. No doubt the bankers wispered sweet things in their ears (and in their bank accounts). So we arrive at our current debt corrupted position where everything must be done to keep the sacred debts in place.

The RBNZ is a corrupted and subservient institution forced to act in the general interest of the banks by modulating the interest rates to a level that kiwis can (just) afford on their unrepayable debts. They are of course blind to this.

This topic is covered well in Debt: The First 5000 Years. Where debt is used to create slavery as a technique of colonialism. These days you don't even have to visit a country to enslave it, just buy up the debt on the global market.

I just googled and found "Debt: The First 5000 Years" as a pdf. Thanks Dictator, it looks like a good and weighty (500 pages) read.

I hope you enjoy it. It was my holiday reading over Christmas and the new year. It does put forward a different view from economists in relation to money. It does state that debt came first and was in common use long before money. The evidence from the research is sensible and it does take more of a view of people. I won't spoil all the interesting conclusions and discussion though.

Maybe Interest would like to write an article on how many billions the central Government and the various Councils will need to spend to help out the RBNZ to get inflation back up to ~2% ... ?

Apologies if I missed your region....

I would add a high speed rail link for Auckland/Hamilton and maybe Tauranga,
This is the economic powerhouse of the whole country and having a proper fast rail network could help to alleviate Auckkand housing pressures and stimulate the rural Waikato which is starting to hurt from the dairy downturn.

I agree.
Freight should be taken off road and put on to rail, as much as possible, too.
The government have finally come on board and seen the wisdom of investing in rail in Auckland.
I'd also put a line in to Whangarei, and make Whangarei and Tauranga the main ports.
Auckland is then better placed to handle the cruise ship traffic.

Wellington should then concentrate on getting Whanganui, PN, Napier and Gizzy connected up.
If tourism is our next big earner, and tourist drivers are too dangerous, we need to be able to stick them in a rail carriage, so they can enjoy the country side at leisure, and have all the main centre linked up.
Build the carriages in NZ, that plus the ongoing maintenance of the rail network would create a good few jobs.....

No to a waterfront stadium from me.
irrigation schemes: water is a precious commodity, and it's already nearly criminal how successive governments are allowing bottling licences for next to to nothing, shipping millions of cubic litres of NZ water off shore.
.
We need to get serious about rethinking how we're farming. most of our rivers are polluted, which in turn pollutes the sea. A lot of our underground aquifers have rising levels of nitrate in them.
The intensity of farming which is needed to make money, is ruining the land (massive amount of erosion, and we already have a very thin layer of topsoil, too much top application of fertilisers).
.

Years ago there was a proposal to ship water from Fiordland to Saudi Arabia in supertankers...