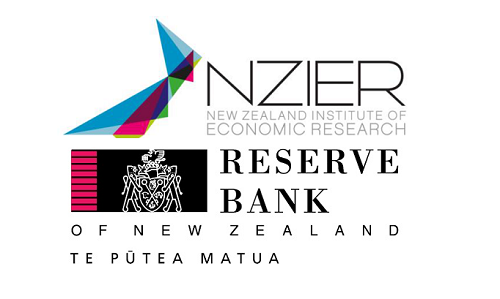 Economists from the New Zealand Institute of Economic Research are urging the inclusion of a nominal GDP growth target in the Government's upcoming review of the Reserve Bank Act.

At the moment the sole goal of monetary policy is to target inflation. The Government's likely to want to broaden that to include employment as well.

However, in a new 'Insight' paper NZIER principal economist Christina Leung and economist Dion Gamperle argue that the addition of an employment target has the potential to result in conflicting signals about which way the official cash rate (OCR) should go.

"We think alternative targets should also be considered in the review, such as nominal GDP growth."

The two economists note that targeting nominal income growth is sometimes advocated as a monetary policy regime but no central bank explicitly uses nominal GDP as a primary target.

The RBNZ in 2011 rejected the use of nominal income targeting, noting such a target was complex as GDP was subject to large revisions which made the setting of monetary policy difficult to communicate.

However, they recommend that it be considered in the review of the Reserve Bank Act, "as it considers both inflation and growth outcomes, as well as the relationship between these two variables".

Nominal GDP targeting would overcome the drawbacks of monetary policy being loosened in response to positive supply shocks, which reduce inflation but boost growth.

"For example, setting a nominal GDP target of 4% annual growth would mean that interest rates would be lifted should annual nominal GDP growth be projected to be above 4% over the medium term.

"This would overcome the issue of positive supply shocks which increase output but reduce inflation, which under inflation targeting would mean interest rates be cut.

By addressing both supply and demand shocks to the economy, nominal GDP targeting should deliver a better mix of inflation and GDP growth for the economy.

It would also reduce the distortions that arise from monetary policy being loosened purely in response to low CPI inflation, when asset prices are increasing strongly and GDP growth is robust, the economists say.

Leung and Gamperle say that the other key element of effective monetary policy setting is that it requires the support of fiscal policy.

"The reliance on monetary policy as the only lever to lift inflation in recent years has contributed to distortions in the economy, with the effect of very low interest rates manifesting itself in very high asset prices.

"It is not realistic to expect monetary policy can be used to address all the economy’s problems," they say.

They note that fiscal policy is projected in the Pre-Election Economic and Fiscal Update (PREFU) to be expansionary over the next few years.

"With Government expenditure expected to stimulate the economy over the next few years, this should take some of the pressure off the RBNZ to boost CPI inflation."

These people should be ignored.

Agree totally with all the comments in this thread from BW down.

GDP is a result of both fiscal and monetary policy.

The only possible additional lever the RBNZ could be given is the control over the immigration rate (govt to still set policy & would probably set a max and min level as well) along with price stability while minimizing unemployment (one can see the inflation rate sitting at the top of the band) & whilst taking account of gdp/capita.

GDP itself is still going to come from the mix of monetary and fiscal policy, but making the immigration rate independent would stop the politicians running an insane migration policy driving up real interest rates, infrastructure deficits with low gdp/capita growth.

The RBNZ would be able to use the immigration rate as a macroprudential tool as well as interest rates to help balance aggregate demand in the economy.

"It is not realistic to expect monetary policy can be used to address all the economy’s problems," they say.

Banks' shareholders are the only ones who can influence the fabrication of excess credit across the whole risk spectrum of citizen related economic endeavour. If they see no risk adjusted value beyond collaterlised lending to the property sector nothing will happen, irrespective of official interest cuts, which in reality reflect ongoing tight financial conditions.