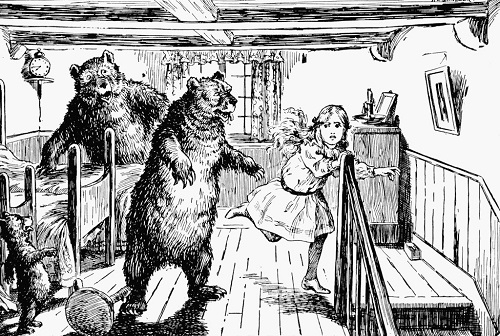 Developments over the next few weeks in the lead up to Christmas with business conditions, the economy and the new Government’s policy initiatives may well determine the landscape for inflation and interest rate direction next year.

We have previously discussed the two potential scenarios for the economy, inflation and interest rates in 2018, being: -

“Business as Usual” Scenario i.e. consumer and business confidence holds up at positive levels, the economy continues to expand at 2.5%-3.0%, rising business costs are passed through into higher selling prices, inflation increases above RBNZ expectations and OCR increases are brought forward to late 2018.

The ANZ monthly business confidence survey result this Thursday for the month of November (the first survey since the formation of the new Labour/NZ First Coalition Government) will be a critical indicator for which above scenario unfolds into reality.

I still favour the former as economic growth is boosted by the Goldilocks “just right” conditions for primary exporters of lower currency and higher commodity prices.

The new Government will now be recognising that they have to walk a tight line between implementing their promised policy changes against spooking the housing market, smashing consumer confidence and causing and economic downturn that will reduce their tax revenue.

That in turn would limit their increased spending plans.

The half-year economic and fiscal update in a few weeks will provide importance guidance in this respect.

One of the risks that borrowers will need to be aware off is that the RBNZ currently have a mind to wait to see that the inflation increase in 2018 is actually happening before they change their forward guidance.

The risk is that they leave it too late by not pre-empting as they normally would and then they are forced to increase rates faster and by more than otherwise would be the case.

The way oil prices are increasing the risk is increasing that we will see these cost increases being passed through into second-round goods and services prices as freight costs rise.

I agree. There certainly isn't much to be confident about.

I reckon we will see an outcome somewhere between those two scenarios. Everyone here knows real estate has slowed down a lot, and development is slowing too - and along with it all the front end consultancy work - architecture, design, engineering, planning. That will ultimately feed back to less building work.
Then, in 2-3 years when the construction prices have dropped back, things will go again.
It's all cyclical.

The front end design work hasn't slowed down as there's a lot of work in the pipeline for construction. Design work that's being done now will keep flowing for the next 6 months. I'm not seeing a slow down in work, just problems being created by MBIE.

Which sector are you talking about Dictator?
I'm seeing slowdown in residential front end work. When I'm talking 'front end' I'm talking concept and resource consent design.
Sure, there's still a degree of busy-ness (for now) with detailed design documentation.

Xmas and fables. Rockstar and porridge. Roger and interest rates.

Another great Roger Kerr piece where he says everything but means nothing.

The only growth industry in NZ.
Surveys,studies and reviews,get a job with these guys and your set for life.

We just got rid of a RBNZ Governor who overcooked the OCR, now you want the new one to do the same thing...

How about we wait to see if this imaginary inflation is real before nailing borrowers?

I often wonder about analysts like Roger. For a start, his opinions seem to be quite strongly influenced by his political views. It's pretty clear he detests the government. Which is kind of OK, but not OK if he presents himself as an objective analyst when those views affect his analysis.
For the record, Roger, house prices were slowing a long time before the election. Also, if he had any sort of decent connection to the development sector, he would know that while construction is going strong at present, the forward pipeline (beyond next 1-2 years) has been looking sick for a while. A huge number of apartments have been consented in the last 18 months, but the majority won't get built because of funding issues / construction costs. Further, as there are so many consented but not built, fewer will be designed going forward given the 'inventory' of designed and consented schemes.

I agree National has alot of the responsibility of causing this housing slowdown since Key insisted on the 40% LVR and the Reserve Bank was reluctant because of the consequences.

Key handed in his resignation and left the country to suffer in a market downturn.

Now we have a different crisis that will be added to by the new government who are relentless and oblivious to the outcome were people will have no where to lease a roof over their heads.

But won't abolishing the AKL boundaries collapse the price of land and achieve just that outcome - deliver lower cost housing so there will be more 'roofs over heads'?

Nope, the boundaries are that far out that very few people want to live that far out and suffer the 1.5hour commutes to their workplaces. Some exceptions of course, but working in an office with 2 guys that commute from Helensville and Pukekohe to Penrose.. all i can say is stuff that. What you save in mortgage payments you spend on gas and commuting time.

Heard from a friend he dropped any hope on the South trains after supporting them for years. He lost work from the breakdowns which caught a few others at 2hrs lost work each, 5am mornings, to getting back at 7-7:30pm at night and he would still support them. Until he had to take the car one day. It broke down on the motorway due to overheating (had not serviced or checked it in a while), he had to wait for a tow and a replacement vehicle, and still got to work an hour earlier. Now he has 6:30am mornings and drives (he can even work past 4 now). Auckland has insane levels of issues, past colleagues further up North Auckland (Wellsford, Orewa) have it much worse lacking in transport choices and infrastructure capacity compared to the far South. Glad to not need to put up with that every day. But it is a growing concern as many NZ cities have Auckland's council to provide a proving ground for future gambits.

Unless the section price out there is $300 not $600K. Might change your mind.