In his last public move in the job, Acting RBNZ Governor Grant Spencer gave a very ho-hum OCR review – but he did give the man who will be taking the bank’s reins next week a small parting gift

In his last public move in the job, Acting RBNZ Governor Grant Spencer gave a very ho-hum OCR review – but he did give the man who will be taking the bank’s reins next week a small parting gift 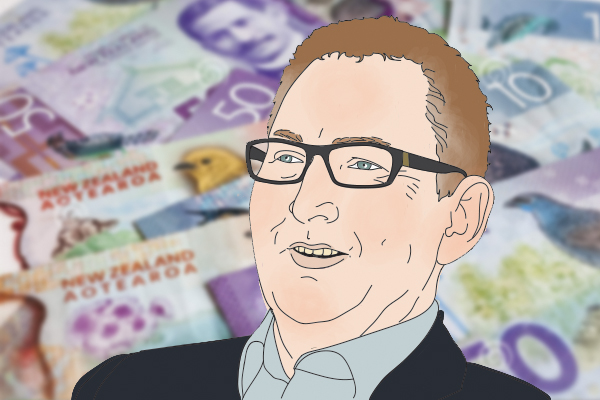 It was subtle, but Thursday’s Official Cash Rate (OCR) statement contained what looks to be a get-out-of-jail free card for the incoming Reserve Bank Governor Adrian Orr.

Much of the statement was ho-hum, with the news the OCR will remain on hold for a “considerable period” eliciting practically no market reaction.

Economists were even joking about how boring the statement was, with ANZ Chief Economist Sharon Zollner Tweeting a picture of a heat rate monitor flatlining, with the caption “market reaction to RBNZ OCR Review today.”

But, according to BNZ Head of Research Stephen Toplis, there was more than meets the eye in the statement.

“We’re very conscious of the fact that there is a growing group of people who see inflation continuing to fall below the Reserve Bank’s target and they are starting to say ‘well hold on, if it’s below target… you need to lower interest rates.’”

He says at the margin; the central bank’s statement was giving a subtle signal that any talk of rate cuts “should be smothered.”

When asked about the wording of the OCR statement that said …[monetary] policy may need to adjust accordingly,” and made no mention of specific up or down moves, Spencer said this was a “valid observation.”

“We have seen [inflation] surprise to the downside and if that continues, then it is possible that we can see interest rate reductions.”

Thursday’s OCR statement makes it clear that the Reserve Bank expects to see inflation dip further in the near term.

“[Consumer Price Index] CPI inflation is expected to weaken further in the near term due to softness in food and energy prices and adjustments to government charges.”

Toplis says: “With that in mind, the people who are banging the table and saying ‘you have to cut rates’ are only going to get noisier.”

But he says the statement attempted to ease some of those concerns.

Although the Reserve Bank acknowledged inflation would fall, it also said it is expected to climb right back up.

It is a similar story with economic growth.

“GDP was weaker than expected in the fourth quarter, mainly due to weather effects on agricultural production,” the statement says.

But it then goes on to say: “Growth is expected to strengthen, supported by accommodative monetary policy, a high terms of trade, government spending and population growth.”

It also says labour market conditions are projected to tighten

“If you put all that together, it sort of disavows the view that New Zealand needs lower interest rates," Toplis says.

“[Spencer is] prepositioning in the event that those numbers do come out lower than expected to be able to say, 'we know that, we told you that' and it’s not a concern.”

This would get the central bank off the hook in the future, when the calls to lower the OCR to boost inflation inevitably get louder, he says.

“The last thing this economy needs at the moment is lower interest rates,” Toplis says, adding that this would put further pressure on the housing market.

Agree with Toplis: lower interest rates are a distinct possibility given weak inflation.

But cheap money is likely to fuel demand for housing and, given NZ’s chronic shortage of houses, further increases in house prices - especially in Auckland.

Mortgage rates have been drifting down for a wee while now and the housing market (particularly Auckland) remains quite weak. I think tighter lending conditions by banks combined with a (glut of unaffordable housing) means there is much further downside.

Cheaper money provides welcome relief for those with existing loans but means little if there is difficulties in accessing it.

TTP, if I recall you commented in late 2017, if lower interest rates together with relaxing of LVR eventuated it would lead to a resurgence in house prices in New Year............

And that’s exactly what could happen.

In fact, in a number of localities/regions house prices have edged up since the end of 2017. That trend could well continue - or, as I have said more recently, house prices might fluctuate around their current level for the foreseeable future.

Either way, and unlike you have been suggesting/wanting, I see little prospect of sizeable falls in house prices.

Time to accept that lowering the OCR is a very blunt tool and that lowering rates may not get the real economy going at all but just inflate housing further increasing our levels of inequality.
Time to embrace fiscal policy. Actual government spending purchasing actual goods and services will get the real economy going and keep us away from deflation. Time to learn to love judicious, appropriate, non-hyper-inflationary government deficits. Get the money to the people who will spend it on better quality food and local businesses and services (such as sport and arts for their kids) - not into bidding up the price on ex-state houses in the suburbs.