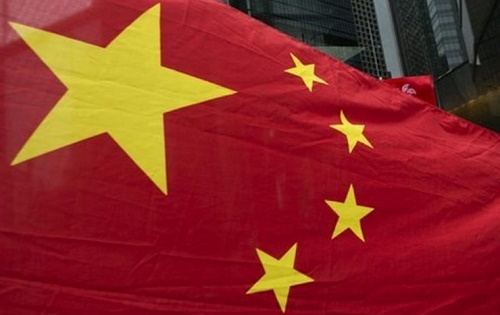 The retracement comes as global investment markets become increasingly nervous about financial market, political and economic stability in the US and elsewhere.

The global sharemarket surge that seemingly had no end over recent years appears to have run into turbulence of late caused by higher US interest rates, unpredictable “Trumponomics” and tech stocks being re-rated downwards.

The increase on US long-term bond interest rates from 2.00% in 2017 to almost 3.00% in January/February was justified on the back of higher short-term interest rates, larger US budgets deficits that are required to be debt funded (i.e. supply increasing with more bonds being issued) and expected higher US inflation.

The upward trajectory in the bond yields has been halted for the meantime as safe haven buying of bonds takes hold in the uncertain and volatile equity market environment.

The Trump induced trade war with China has caused some US economists to revise down their GDP growth forecasts for 2018 and 2019, thus marginally weaker inflationary forces.

As the US/Chinese economic relationship sours, the natural consequence is less investment of Chinese foreign reserves and sovereign wealth fund money into US Treasury Bonds.

The Chinese have already scaled back their new buying of US Treasury Bonds, the risk for interest rate direction in the US (and thus here in NZ) is that the Chinese become aggressive sellers of bonds as they pile the economic pressure on the US in retaliation to the import tariffs.

The centrally managed Chinese Yuan exchange rate plays a part in these equations, a weaker Yuan against a stronger US dollar value may add to the Chinese Treasury Bond selling as they repatriate funds home out of USD’s into Yuan to stabilise it.

Our 10-year Government Bond yields are now trading at the same rate as US Treasury Bonds. A zero risk premium or margin for NZ bonds over the US will not be too long lasting as this column has discussed previously.

The 20-point pullback downwards in US bond yields provides an opportunity for NZ corporate borrowers to secure 10-year fixed rate swap interest rates close to 3.05% before the Chinese investors vote with their feet and send long-term yields higher.

China's reluctance to buy anymore US bonds will evidently strengthen the yuan beyond the sweet spot for Chinese manufacturers (importers of raw materials) and exporters.
At a time where China is posting record after record trade and current account surpluses and facing a government crackdown on capital outflow, the last thing the 'factory to the world' would want is a halt in re-conversion of its currency into USD and push demand for CNY to historic highs.

China-based economist and academic Michael Pettis also has some words on the subject, showing that the possible paths are not as simple as they appear, and that China cannot simply stop purchasing or dump existing USTs without potentially unpalatable repercussions (https://carnegieendowment.org/chinafinancialmarkets/75248):

Even if Beijing forced institutions like the People’s Bank of China to purchase fewer U.S. government bonds, such a step cannot credibly be seen as meaningful retaliation against rising trade protectionism in the United States. As I have tried to show, Beijing’s decision would either have no impact at all on the U.S. balance of payments, or it would have a positive impact. It would have almost no impact on U.S. interest rates, except to the extent perhaps of a slight narrowing of credit spreads to balance a slight increase in riskless rates.

My read is that the reason XI Jinping has had a purge of his enemies in order to strengthen his control is to stop the hot heads in China from de-railing their long slow burning plan to gradually weaken the US without the US noticing.

That is why the response to the Trump's sanctions is very muted. Enough to make the point but not enough to give serious offense. No burning of factories allowed. The capital controls to slow the rate of outflow of capital from China is exactly the same. Slow it down to a rate that slowly weakens the US without giving offense.

The outflow of Chinese capital is essential to China's plan to take over the world, they are very much The Central Kingdom. Outflow of capital requires and creates the inflow of profits from trade, by double entry bookkeeping.

Hi Roger. I often see your references to the requirement of the capital and current a/cs of a nation to balance. I don't understand why that must be the case. A nation can build reserves, e.g. capital inflows and current account inflows can both occur. Double entry bookkeeping holds by including a reserve a/c. Sure, it's generally logical to recycle surpluses back to investor/debtor nations so that the 'game' keeps going -- but it's not an axiomatic necessity, is it?