Reserve Bank has an 'open mind' on the new cryptocurrency being launched by Facebook, but says safeguards and 'how much protection society wants' need to be considered

Reserve Bank has an 'open mind' on the new cryptocurrency being launched by Facebook, but says safeguards and 'how much protection society wants' need to be considered 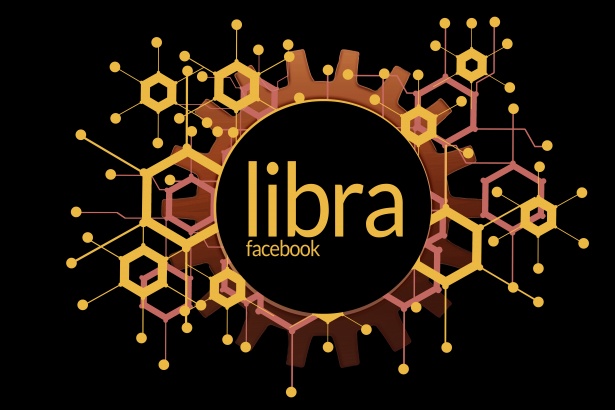 Our central bank has an "open mind" about the development by Facebook of a new cryptocurrency, but cautions that safeguards and "how much protection society wants" need to be considered.

In an interview on RNZ on Thursday Reserve Bank Assistant Governor Christian Hawkesby said the announcement of Facebook's Libra currency, set to be launched next year, was "a great illustration that there is a lot going on in this space and that things are moving quickly”.

“I think we are still in a learning stage. There’s not a lot of information available, so we do need to hear more about what the proposal is.

“But we will certainly take an open mind to it."

“But we do also need to take into consideration what safeguards are and how much protection society wants."

In terms of the integrity of infrastructure surrounding the new cryptocurrency, regulators around the world would want to be involved in its development, Hawkesby said.

“But it’s also a broader thing than just finance and banking. There will be other aspects around privacy, around tax, a whole multitude of things that need to get considered. And that’s broader than the Reserve Bank’s mandate and a central bank’s mandate.”

Asked whether there was any way to regulate Facebook, Hawkesby said: “I think that’s a big question that cuts right across a number of aspects of its business – not just payments and not just lending. And not just central banking but the whole broad breadth of its operations.

“I think it will be a global question that gets considered by a number of authorities both individually and collectively.”

For the Reserve Bank the new currency's development will therefore be "a watching brief", Hawkesby says.

"...Watch it closely. Understand as it develops. Work with global partners as things evolve. But also be open-minded about where this could go because the reality is that means of payment, payment systems, the way that we interact and transact is going to change through time and it's really about having a system that’s robust and resilient that meets the needs of society."

The announcement by Facebook of the new currency coincidentally comes as the RBNZ is undertaking work on the future of cash and has just released a paper on the subject.

The paper says a contraction in the cash network without regard to the wider benefits of cash in society might significantly disadvantage people who rely on the unique role that cash plays in their lives.

"This would be considered a market failure to the extent that commercial operators did not fully incorporate the wider network benefits of cash. As a result, government action could be warranted following the completion of this review," the paper says.

Interesting.. and FB have enough clout to make it work. So this is the future of day to day banking.. existing banks will be for lending/mortgages?
The reserve bank should watch how its done and be ready with the "e dollar" once the traditional currencies have collapsed. But think we should call it something else, other than a sanitary pad.

WeChat pay does this already. And it's happening in New Zealand. Chinese Tourists at certain establishments can pay using WeChat pay. So the 'payment' is offshore and no New Zealand tax (or GST) is paid.
We have to deal with this now.
I truly don't understand the reluctance to get organised on this. Yes it's quite different from what we do now. But there is no essential problem. Bottom line is that if companies don't co-operate you can cut them off. I have been in place where mysteriously certain sites are not available. It can be done - but probably the companies would cave in, and if not they would not be connected here.
Enough of the 'global response'. That will take 30 years. New Zealand needs to get on with it on it's own behalf. Lets get organised locally.

And because WeChat is most likely joined at the hip to the Surveillance Overlords of the CCCP, it extends the effective reach of central planning and control over - I was going to say people - but maybe serfs, subjects, slaves, minions would be more appropriate.

WeChat is still tied to a Chinese bank account and is transacted in RMB. This is NOT the same, not tied to a traditional bank account and is it's own currency. The Chinese government essentially still has control, with Libra, nobody does except the tech companies backing it, who have to act together to enforce any type of change.

does the new money created by FB have them all though?

Well I don't know about that, and the name is already taken, anyway.

Could be the future.. and bankers may already forsee a reset gonna happen via cryptos.. so they r having one last go with low interest rate and QE..

Isn't the facebook ban in China going to be something of a stumbling block?

I aren't sure if people are not understanding the magnitude of this proposal.

It would be the first true international currency, being able to be used anywhere and everywhere. Not in China, true, but I imagine them doing a deal with WeChat to make that possible. With Visa/Mastercard/PayPal backing it, it already has the payment clout to push on.

Once implemented, it will mean a currency not tied to any particular countries currency. This is very powerful, ignores the rules of independent nation states and any government regulation. I can imagine this type of currency verrrry quickly taking off and being virtually unstoppable. Governments could try and ban it, but would even that be successful? They would probably need to ban all the services backing it as well. Not an easy proposition.

WeChat is similar in China, but still requires a "real world" bank account. And it is all transacted in RMB. Libra will be an independent currency, completely separated from any other countries monetary systems. This is also different from other bitcoin currencies as it will have full backing from the major western international payment firms and multinational tech companies.

It will also undermine a countries ability to set their own monetary policy, particularly as it becomes more popular. As less and less money is transacted in government and traditional financial entities, monetary policy will become less and less enforceable from central banks. It may even result in currency crises as confidence in local currencies shrink due to central banks having less control.

I also can't see anyone having the tools to stop it. Without declaring all tech companies using the currencies as "enemies of the state", I can't see how it could be stopped. The US government will be the one to watch as they may not want to lose their global default currency status, particularly when it comes to purchasing oil. Remember that more and more of the economy is heading online these days, that will only increase in the future and the Libra may actually accelerate online market places.

How AML and anti-terrorist policies will be implemented is anyone's guess, but I have more faith in a bunch of tech companies coming up with solutions for this, as opposed to banks, who tend to do a fairly average job anyway. HSBC for instance was either knowingly or unknowingly acting as a money launderer for several major terrorist and criminal gangs for years.

A lot of things to think about, but right now if you are a currency trader, you should start re-training in another profession. With worldwide adoption, it may be a job which disappears quite quickly.

Are NZ banks still closing down people's bank accounts if they buy and sell cryptocurrency?

Something tells me it could end in a bloody mess!

My first though was "I'd like to purchase some of that dog turd so that I can sell it to someone else at a higher price" but Libra's pegged to a basket of currencies, so it doesn't work like that.

My second though was "I wonder what the spread will be?". If its small enough I use it for currency conversion. I doubt it will be better than transferwise though.