Latest release of daily trade data from Stats NZ shows that exports last week were 3.7% ahead of the equivalent week a year ago, but imports were down 11%

Business
Latest release of daily trade data from Stats NZ shows that exports last week were 3.7% ahead of the equivalent week a year ago, but imports were down 11% 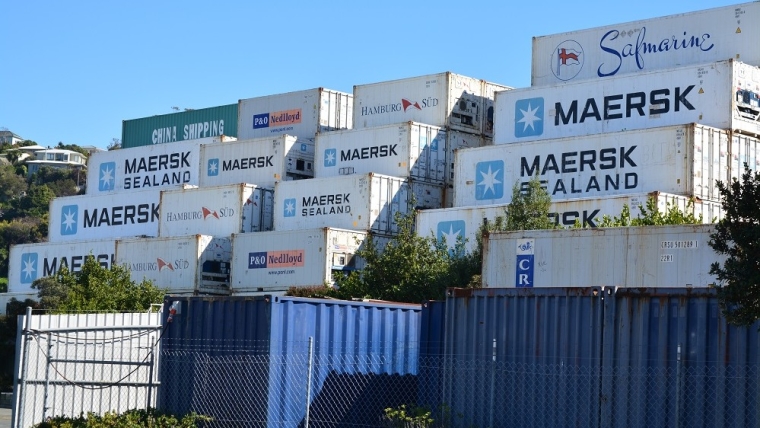 New Zealand's export trade has been holding up remarkably well so far under the strain of coronavirus, but for imports it's been a different story.

Statistics NZ's latest release of provisional daily goods trade data for the week ended March 18, 2020 shows that compared with the equivalent week a year ago exports to all countries were up by 3.7%. However, imports were down 11%.

China of course was first to be affected by the virus and that shows in the figures. For week ended March 18 our imports from China were down by some 15% compared with a year ago.

Exports to China were down by 14% over the same period.

This is the detailed breakdown of the data from Stats NZ for the week ended 18 March 2020 with the equivalent week in 2019:

Stats NZ has been releasing daily trade data from February 1 onwards and comparing it with the past two years in order to give some semblance of the impact of the virus on trade.

In terms of China trade, Stats NZ said the cumulative total value of imports from China alone between 1 February 2020 and 18 March 2020 was about $1.1 billion - which was down over 15% from the figure of in excess of $1.3 billion for the same period a year ago.

Stats NZ noted that after tracking similarly for the first half of February, 2020 values were about $254 million less than the same period in 2019 (yellow line).

Exports though have been resilient, with exports to all countries from February through to March 18, 2020 just very slightly ahead of the same period a year ago at a touch over $8 billion.

The cumulative total value of exports to China alone from 1 February to 18 March 2020 was about $1.8 billion, which was about $300 million less than for the same period a year ago.

Some of New Zealand's exports have been re-directed to the American market over the same period - hence the overall figures holding up.

The data issue by Stats NZ is from the same data set it uses to compile the monthly overseas merchandise trade figures. And the figures for February were also released on Wednesday, showing that the monthly trade balance was a surplus of $594 million. Within that, goods exports rose $212 million (4.5%) to $4.9 billion, while goods imports fell $475 million (9.9%) to $4.3 billion.

The leading contributor to the rise in exports was exports of milk powder, butter, and cheese (our largest export commodity group), up $190 million (15%) to $1.5 billion.

Key monthly movements for February 2020 for our top export partners were:

Are untreated log stocks going to be loaded off the wharves? I assume we need some cash to pay the IOU's being run up.

Akh David, nice piece that reminds all Kiwis, how does it feel to export/produce/feed the world, as compare to reducing imports of those rubbish plastic packaging, toys, shoes, garments.. ahh the good old days of Nationhood self reliance (that has been swayed away in the name of efficiency, cheap, more $ for pockets, globalisation, trading block/partners etc) - a world of interconnected fluid systems, interdependence healthy collaborations, yeaa.. naaa