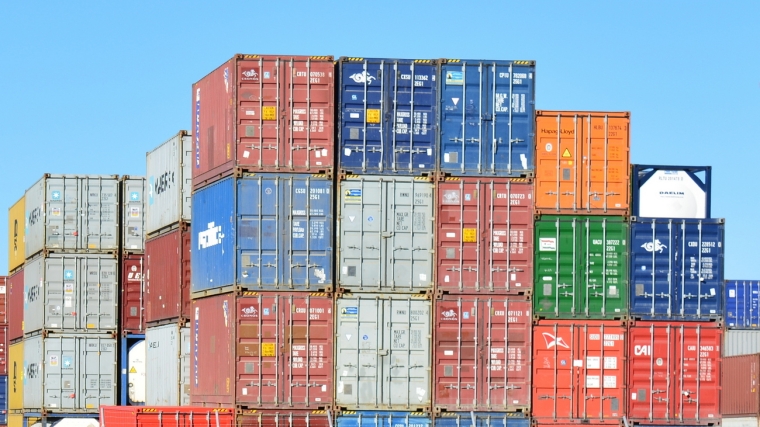 The pandemic has slowed a lot of things down - but as of March it wasn't slowing down New Zealand's exports. They hit a record high in the month.

And the rise helped the country achieve a monthly trade surplus of $672 million.

But back on the exports. The $5.8 billion was a record for any month, with the previous high in May 2019.

Stats NZ said the increase in exports reflected a bumper kiwifruit harvest and higher prices for milk powder and meat.

This rise was partly offset by a fall in log exports, particularly to China, in the wake of the Covid-19 outbreak. 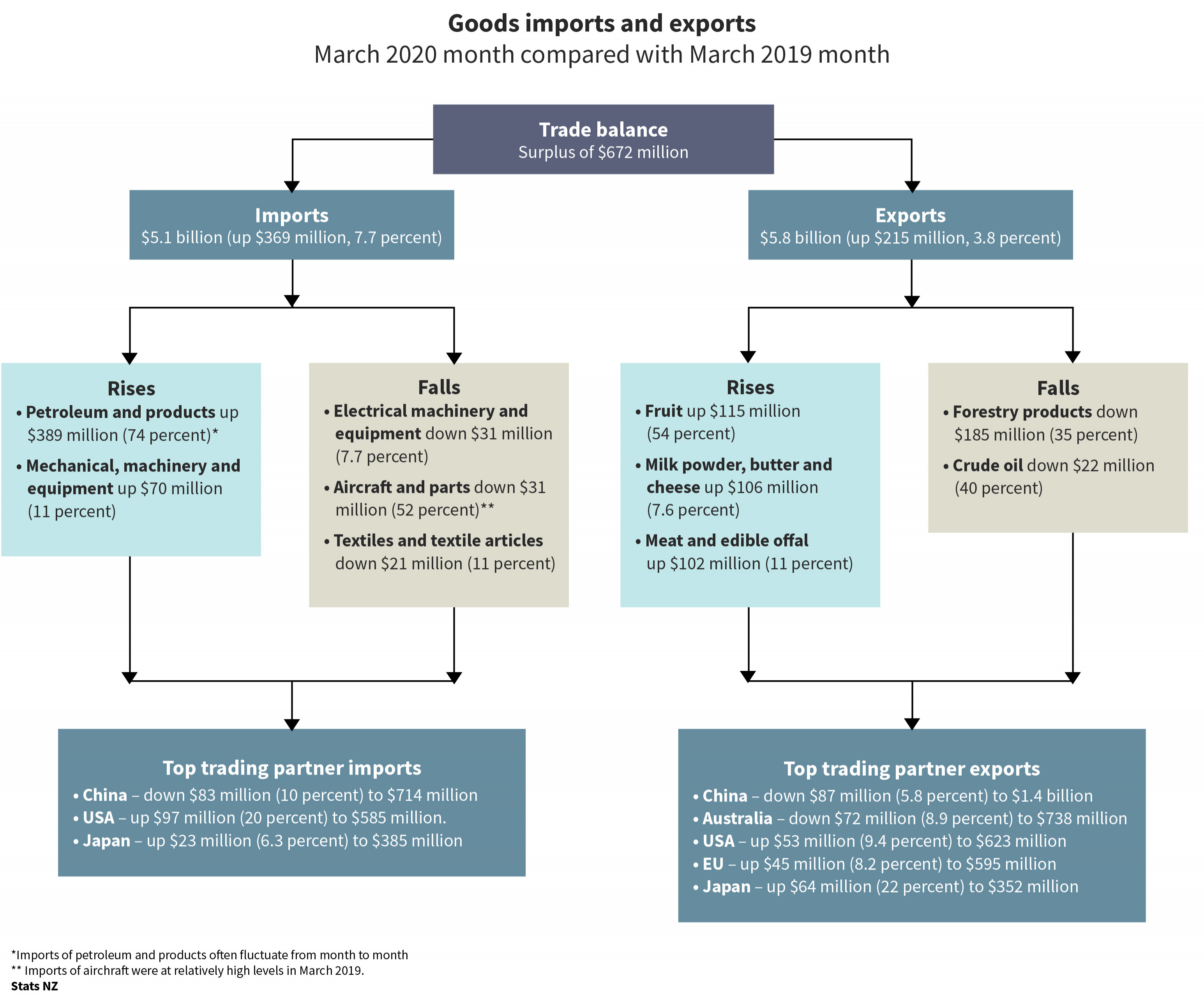 “The kiwifruit industry is expecting a record harvest and reports strong demand from markets in North Asia,” Allan said.

The kiwifruit export season runs from March to November.

Partly offsetting these rises were falls in forestry products, down $185 million (or 35%). This decrease reflected a fall in untreated logs to China, which was quantity driven.

Exports to China fell in March 2020 when compared with March 2019, down $87 million to $1.4 billion. This fall was due to untreated logs, down $173 million, partly offset by rises in milk powder, infant formula, and gold kiwifruit.

But exports to China have fallen two months in a row compared with the same period last year.

And imports from China also fell, down $83 million from last year to $714 million in March 2020. This fall was across a range of commodities, including furniture, electrical machinery and equipment, vehicles, and clothing. Imports from China have fallen three months in a row compared with the same period last year.

China has to eat.

Yip, they want those soldiers to be big and strong.

we still imported massive amounts of cars as these orders and shipments are placed 6 months ahead, those volumes will start to fall over the next few months,
https://bbj.hu/coronavirus/hungarian-mercedes-suzuki-plants-to-shut-dow…
https://www.ndtv.com/business/coronavirus-covid-19-news-maruti-suzuki-t…

Someone was filling up on petrochemicals (+74% while oil prices where falling.) That said I've not noted substantial savings being passed through to consumers yet, prices have remained about where they where in late February. However that may be because under lock down companies know most people would not shop the market as much or do as much travelling.

Diesel was down to 92.9c in Gore this week. Up in Central it was still $1.209 Both only self serve stations.

Gosh, so we do need farming. Who knew?