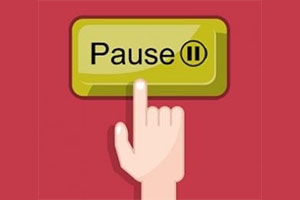 A number of the nine economists and business leaders on the Board are questioning whether now is the right time to make another cut, which RBNZ Governor Graeme Wheeler indicated in his September Monetary Policy Statement, was “likely”. The Reserve Bank cut the OCR in June, July and September by a combined 75 basis points. However, at the last OCR review, in October, it was held at 2.75%.

NZIER senior economist Christina Leung says, “The December meeting is shaping up to be a close call. There are signs of a pick-up in activity, with the services sector remaining a standout. But there are also concerns about an impending drought here in New Zealand, as well as risks in the global economy.

“The Reserve Bank will also be mindful of the effects low interest rates are having on asset prices, with their accompanying risks to financial stability”.

Grimes says, “A 'wait and see' approach remains warranted in the face of conflicting possibilities for the future path of inflation and both the global and domestic economies.”

While Toplis thinks the RBNZ will cut rates, he says, “It’s just that we don’t think that this is the best course of action given surging asset prices (housing), a deteriorating household savings ratio, increasing current account deficit and, generally, solid growth.”

Hall comments, “Monetary conditions continue to be very accommodative, and any further OCR reduction is unlikely to assist sustainably higher real GDP growth or trend inflation. The signals from factors contributing to inflationary pressures are approximately in balance.

“Long-foreshadowed Federal Reserve interest rate increases, and their implications for USD-NZD exchange rates, now look closer. So, no change is my "most appropriate" OCR setting.”

Bagrie has a bright view of the economy, saying, “I don’t see any hurry to move again right now. The economy is pretty clearly picking up and the lagged impact of previous cuts has yet to fully take hold.

“There is still uncertainty over whether this will flow into inflation though. I’d wait for more information on inflation itself before potentially moving again."

Stephens says, “There is little chance of inflation exceeding 2% on average over the coming years. Conversely, there is a very real chance that inflation will settle below 2%. Low inflation globally, the global commodity price downturn, the wind-down of the Canterbury rebuild, and internet retailing are all set to drag inflation down.

Taylor says, “The exchange rate remains elevated, commodities and inflation low, so on balance the move should be towards further softening.”

Gardiner says, “Whilst confidence seems to continue to track up, the challenge will be to see if lower interest rates will assist cashflow challenges some sectors face, such as the dairy industry, whilst balancing price pressures.”

You really do have to ask yourself whether anyone should dignify their near useless opinion with any comment at all.
Whoops.......done it now.

They dont even need to post really, we know it will be the usual right wing / Austrian view point.

My gut feeling is that Wheeler will hold......he's going to call it wrong again......and there will be a strong push for Bill English to take action.

Moving on up....House prices and sales is an interesting topic in Chch at the moment! It is not just the weather that has been scorching a few fingers either.

Haven't even mentioned agriculture and how bloody dry it is......

Someone from Nelson might like to report on how much West coast spill-over has been happening and what the effects will be to the horticultural industries.

What Wheeler really needs to decide is can the Mainland hold up Auckland ??

yet the right wing financial types in here think the rate should be even higher, obviously real businesses and SME's have no friendly ears in that camp.

yet the right wing financial types in here think the rate should be even higher, obviously real businesses and SME's have no friendly ears in that camp.

Stop wasting our time - anecdotal evidence says some in the farming community pay banks upwards of 8% to finance on farms actions.

And we have had the refutation by SME owners cited by DC proving they do not feature as far as equitable bank lending terms are concerned.

And lest you forget, depositors representing 50% of New Zealand's bank liabilities are the ones carrying the weight of employing citizens at below risk adjusted returns and no one else is coming forward to replace them.

ASB said low inflation was a "global problem" forcing central banks around the world to cut their interest rates to unprecedented levels.

"[To] be stingy with rate cuts when inflation is still barely positive is a risky strategy. We don't think the RBNZ will tolerate that risk and hence we now believe a 2% cash rate is now the most likely outcome," Mundy said.

Economists are increasingly warning that unemployment will increase during 2016, some to as high as 7 per cent, which is likely to suppress wage growth and put further downward pressure on inflation.

"In our opinion, a rate cut in the December MPS is now a done deal," Mundy said.