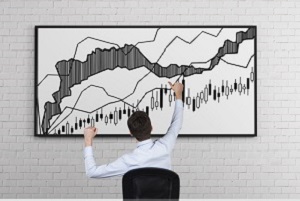 A rebound in business confidence and tightening of the labour market in the June quarter is revealing a slight glimmer of hope inflation is on the rise.

According to the New Zealand Institute of Economic Research’s Quarterly Survey of Business Opinion, general sentiment rose sharply from a net -2% in the March quarter to +18% in the June quarter.

A net +22% of those surveyed saw increased demand over the past quarter - up from +18%, while a net +19% expect an improvement in their trading activity over the next quarter; an increase from a net +6% in the previous quarter.

“The improvement in sentiment was widespread across the sectors and regions. Nonetheless, there remains a divergence in business confidence between the urban and rural regions, reflecting the differing fortunes of the tourism and dairy industries,” says the NZIER.

Westpac acting chief economist, Michael Gordon, says: “In the previous survey, these measures appeared to have been hit by concerns about the impact of the dairy downturn on the wider economy. While dairy prices remain very low, the degree of alarm among firms appears to have eased.

Commenting on businesses’ actual performance, he says: “This measure is a useful early indicator of quarterly GDP growth, and the latest result suggests some mild upside risk to our current forecast of +0.7% for the June quarter.”

“The building sector is a standout, as a solid pipeline of residential, commercial and Government work underpins a further lift in confidence in the sector. Businesses in the building sector are very optimistic about expanding through investment and hiring,” the NZIER says.

“The services sector continues to report strong levels of activity, despite fears in the previous quarter of a softening in demand. The continued high level of demand underpinned a rebound in confidence.”

The NZIER says: “Moderating cost pressures and improved pricing power have seen an improvement in profitability amongst businesses. A net +1% of businesses lifted prices over the June quarter, in contrast to the net -5% of businesses which cut prices in the March quarter.”

Yet the NZIER red flags skills shortages, with the building sector saying the shortage is the most acute it has been since 2003.

Turner adds the labour market is the tightest it’s been since before the Global Financial Crisis.

“Difficulty finding labour appears to be a key driver of variation in the RBNZ’s labour utilisation composite index (LUCI), and the RBNZ is currently placing high emphasis on this indicator.

“Tighter labour market conditions suggest wage inflation pressures are likely to pick up over the coming year, which will be a catalyst to stronger non-tradable inflation.

“The reported tightening in the labour market will increase the RBNZ’s confidence in its inflation forecasts and is likely to further raise the threshold for OCR cuts below 2%.”

“Other inflation indicators, such as pricing intentions, improved slightly but remain at low levels. This reflects the continued deflationary impact of tradable inflation and weak global inflation pressures,” Turner says.

“Despite the lift in labour market pressures, consumer prices are likely to remain subdued for traded goods given the competitive retail environment and the recent surge in the NZD.

“On balance the RBNZ will be encouraged with the results.”

The NZIER says: “We expect annual inflation will lift gradually over the coming years. However, the subdued inflation outlook indicates further scope to cut the OCR.

“The heightened uncertainty from Britain’s recent decision to leave the European Union (which occurred after our survey closed) suggests a greater risk the RBNZ will choose to cut the OCR in August in a bid to buffer the New Zealand economy against any downside risks.”

“We have an economy that is performing very well. That means a strong currency, not a weaker one, which of course complicates things for the RBNZ.

“If you are a true flexible inflation-targeting central bank, today’s figures should give you reason to pause and ponder. The economy does not need more stimulus, with interest rate sensitive sectors flying and now struggling to get staff. Demand is above trend.

“However, the sticking point remains the weak transmission into broader inflation and the elongated period of low inflation (with the strong NZD making that more problematic). So the market will continue to dice with an August easing.”

How about asking a meaningful group of people what their sentiment is, perhaps NZs top 100 exporters by value for example, throw in some importers and tourism sector operators by weight of earings and lets get an idea of the real picture of the backbone drivers of the economy.

The NZIER says: “We expect annual inflation will lift gradually over the coming years. However, the subdued inflation outlook indicates further scope to cut the OCR.

A monetary policy regime narrowly focused on controlling near-term inflation removes the need to tighten policy when financial booms take hold against the backdrop of low and stable inflation. And major positive supply side developments, such as those associated with the globalisation of the real side of the economy, provide plenty of fuel for financial booms: they raise growth potential and hence the scope for credit and asset price booms while at the same time putting downward pressure on inflation, thereby constraining the room for monetary policy tightening. Borio page 12 of 38.

More importantly, the banking system does not simply transfer real resources, more or less efficiently, from one sector to another; it generates (nominal) purchasing power. Deposits are not endowments that precede loan formation; it is loans that create deposits. Money is not a “friction” but a necessary ingredient that improves over barter. And while the generation of purchasing power acts as oil for the economic machine, it can, in the process, open the door to instability, when combined with some of the previous elements. Working with better representations of monetary economies should help cast further light on the aggregate and sectoral distortions that arise in the real economy when credit creation becomes unanchored, poorly pinned down by loose perceptions of value and risks. Borio Page 17 of 38