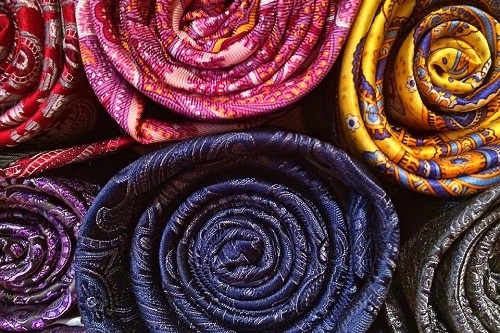 This is the 21st in a series of articles Interest.co.nz has commissioned reviewing the key chapters and issues for New Zealand in the Trans-Pacific Partnership Agreement (TPPA). Links to all the analysis in this series are below.

It has been a hard slog to liberalise international trade in textiles and apparel. Being intensive in unskilled labour, these industries are a pathway for the poor and populous nations of the world to develop. Although the general agreement on tariffs and trade (GATT) and its successor – the world trade organisation (WTO) – slowly phased out import quotas on textiles and clothing between 1975 and 2004, other forms of protectionism persist, impeding further development in the places that need it most.

Given the storied history of international trade in these goods, it is perhaps not surprising that textile and apparel goods have their own chapter in the TPPA. In many ways these goods are treated differently to other goods that fall under the purview of the agreement, and the chapter outlines the differential rules that apply to trade in these goods.

Rules of Origin and Safeguards

Some of the most important aspects of these differential rules relate to rules of origin and safeguards.

Article 4.2 (Rules of Origin) outlines the rules for determining whether imported textile and apparel goods qualify for preferential tariff treatment under the trade agreement.

This includes a much-discussed “yarn forward” rule, which requires that the yarn used in textile and apparel goods to be manufactured in a TPP country in order for the final product to be eligible for preferential treatment. The rule is widely seen as a way to prevent fabrics from China entering TPP markets under the new reduced tariff structure.

The effects of “yarn forward” are already being felt in Vietnam. Investments are being made in the fabric manufacturing equipment that would grant them preferential tariff treatment on final products. This also allows the country to capture more of the value-added in the supply chain.

There are, however, a couple of exceptions to this rule. Under Article 4.2.2, a garment can still qualify for preferential treatment if the non-originating materials comprise less than 10 per cent of the garment’s total weight. And Article 4.2.7 covers the treatment of materials that are not available within the TPPA bloc and therefore may be considered as originating. (These materials are provided in the Short Supply List of Products.)

Article 4.3 (Emergency Actions) specifies some additional safeguards that a government can use to protect domestic textile and apparel manufacturers should the trade agreement result in a flood of cheap imports. The general protocols for these emergency actions are outlined in chapter six, which we summarised earlier here. Safeguards allow Parties to temporarily reinstate import duties in order to protect domestic industries from imported goods that threaten to damage the industry. However, under Article 6.2.5, Parties cannot invoke safeguards from chapter four and chapter six at the same time.

Much of the remainder of the chapters relates to the enforcement of customs regulations with respect to textiles and apparel.

Article 4.4 (Co-operation) requires Parties to cooperate when enforcing customs laws; Article 4.5 (Monitoring) requires Parties to actively police imports of textiles and apparel for customs offences; while Article 4.6 (Verification) outlines protocols for determination of rules of origin – including site visits to manufacturing locations. Article 4.7 (Determination) outlines procedures for a Party to determine whether an imported good qualifies as originating.

Article 4.9 (Confidentiality) requires Parties to keep all information collected in the application of the provisions in the chapter. Site visits and other inquiries could reveal information that would be valuable to the competition.

Finally, Article 4.8 sets up a committee on textile and apparel goods. Its functions include: to review the implementation of the Chapter; to consult on technical or interpretive difficulties; and to discuss ways to improve cooperation between Parties in implementing the chapter.

The countries that stand to benefit the most from the TPP  – such as Malaysia and Vietnam – also happen to have large textile and apparel sectors. The Malaysian Textile Manufacturers Association reckons that textile exports stand to increase by 30%, while Vietnam’s share of exports to the US are expected to double within the first five years of the agreement. The trade agreement presents these poorer countries with an opportunity to significantly improve the welfare of their citizens – provided that the gains to trade are equitably distributed.

Perhaps that is a big ‘if’. The problems associated with sweatshops in emerging nations are by now well-documented. It rightly sits uncomfortably with many of us in the developed world that trade has enabled some of the tragic accidents and wilful acts of negligence committed by the overlords that run the sweatshops.

But trade can also be used to enable change for the better. As we have seen in the labour chapter of the TPPA, the agreement also requires Parties to meet minimum standards in safety regulation, labour and human rights, and the sweatshops of the world are often where these rights are needed most. This paternalism aims to make the benefits of trade contingent on giving these workers a better deal. And not a moment too soon.

What the TPPA would do for transparency & combating corruption

TPPA rules of origin, they're complicated

What the TPPA does for customs administration & trade facilitation

I note that recently our intellectual property laws are being altered in preparation for the TPPA. Presumable there will be other changes. Given the fact that both US presidential candidates have stated that they do not support the TPPA agreement it would seem on the surface that it will not be ratified by the USA and therefore never happen. Can someone please tell me if these law changes will only take effect if the agreement is fully ratified or have we just rolled over and given the USA what they want regardless? Will these law changes be repealed if the agreement fails, and have we severely undermined our bargaining position if the USA try to alter the agreement before agreeing to ratify it?
Or am I just being naive, it is too late, the deal is done and the public statements by politicians in general mean nothing at all and are just a show to preserve the allusion of democracy.