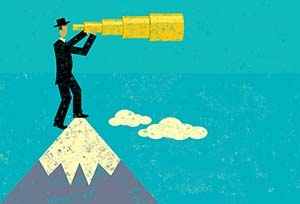 A constructive way of analysing and determining the likelihood of the NZ dollar appreciating or depreciating from its current price of 0.6500 to the US dollar, is to prioritise and score the probabilities of the key currency drivers moving up or down.

In this manner, those with foreign exchange rate risks may formulate risk management strategies based on hedging percentages.

Managing currency risk is not about correctly picking the finite direction of the exchange rate over the next three or six months, it is about having appropriate protection levels in place against adverse market movements with sufficient participation in favourable movements.

It is a matter of probability and degree of movement, not absolute right or wrong.

The three major drivers of the NZD/USD exchange rate direction at this time and their respective probabilities of moving higher or lower over coming months may be summarised as follows:

Combining the probabilities results in a 28% chance of NZD recovery from here, 57% the NZD/USD rates remains in the mid 0.6000’s and only a 15% probability of further depreciation.

Current trading bank forecasts are unanimously in favour of the NZ dollar depreciating to below 0.6000. The above analysis gives equal weighting to the three drivers, the reality of the FX marketplace is that some determinants wane in importance and new/unknown factors emerge.

One such unexpected variable that emerged last week was the devaluation of the Chinese Renminbi by their central banks as they add to their monetary stimulus to ensure the 7% GDP growth target is achieved this year. Whilst Chinese devaluation is negative for commodity currencies in the short-term, medium term a Chinese economy that continues to expand at a rate above 7% is good news for the New Zealand economy.

Also good news for the NZ economy in the long-run is a signing of the Trans Pacific Partnership trade agreement.

Freer access for our export products (e.g. value added products like ice-cream into Japan) into larger markets is positive news for NZ living standards all round. Therefore it is difficult to understand the rationale for the current anti-TPP protests around the county.

The very same protesters say that New Zealand should diversify its exports away from agricultural commodities to value added consumer products. The TPP trade deal would allow that to happen !

I reckon the kiwi has a lot further to fall, 50c wouldn't be a surprise at all.

Am wondering if NZ interest rates will continue to fall to international levels and the exchange rate falls away in line. It is very clear now that the recent high terms of trade were very short term aberrations. My guess would be that the NZD will move closer to its average level against the major currencies as the current adjustments work through.