New international foreign exchange market code aims to create greater confidence in the forex markets and ensure they operate in the interests of all market participants
26th May 17, 10:16am
by Guest 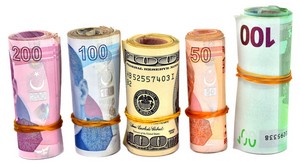 Here's the statement from the RBNZ and FMA.

The Reserve Bank and Financial Markets Authority have welcomed the release of a new code to promote good practice in the international foreign exchange market.

The new Global Code of Conduct for the Foreign Exchange Market was released in London by the Bank for International Settlements last night. It was developed by central banks and foreign exchange market participants from 16 international jurisdictions.

“The code of conduct applies to both those buying and selling foreign exchange and is a principles-based code rather than a rules-based code,” said Reserve Bank Deputy Governor Grant Spencer.

“It aims to create greater confidence in the foreign exchange market and ensure it is functioning in the interests of all market participants.

“To comply with the code, firms will have to take practical steps such as training their staff and putting in place enhanced policies and procedures. Certainly the Reserve Bank would be following the code of conduct in its foreign exchange dealings,” concluded Mr Spencer.

“The code is relevant to all parts of the wholesale FX industry that fall within the FMA’s conduct regulation. We support its objectives, which include the promotion of a robust, fair, liquid, open, and appropriately transparent foreign exchange market.”

And here's a release from the NZFMA.

The New Zealand Financial Markets Association today announced its full support for the new Global Code of Conduct for the Foreign Exchange Market.

The Bank of International Settlements will release The Global Code of Conduct for the Foreign Exchange Market at 9am on 25 May 2017, London time.

“The NZFMA fully endorses the adoption of the Code by its members and welcomes this initiative. In adopting the Code, we re-enforce our commitment and expectation for industry participants to adhere to appropriate industry standards,” says NZFMA CEO Paul Atmore.

“The new Code sets out global principles of good practice in the global foreign exchange market. Importantly, the Code covers appropriate conduct for both the buy and sell side, non-bank participants and the trading platforms.

This initiative has been further endorsed by both the Reserve Bank of New Zealand and the Financial Markets Authority.

The new Code was subject to more than 18 months of global consultation with key stakeholders including the NZFMA. More information: http://www.globalfxc.org/fx_global_code.htm

The full code can be viewed here.

So they want to regulate "Last Look" do they? What about First Look? The second that,say, the Australian Wheat Board gets on the line as ask you for a price in 500, you've already started buying Aussie before you even get a price to them! You know if you don't get it, someone else will.......