Economy grows by 0.7% in the September quarter, and 2.3% year-on-year thanks in-part to more retail spending; Growth stronger than expected by the RBNZ and bank economists

Economy grows by 0.7% in the September quarter, and 2.3% year-on-year thanks in-part to more retail spending; Growth stronger than expected by the RBNZ and bank economists 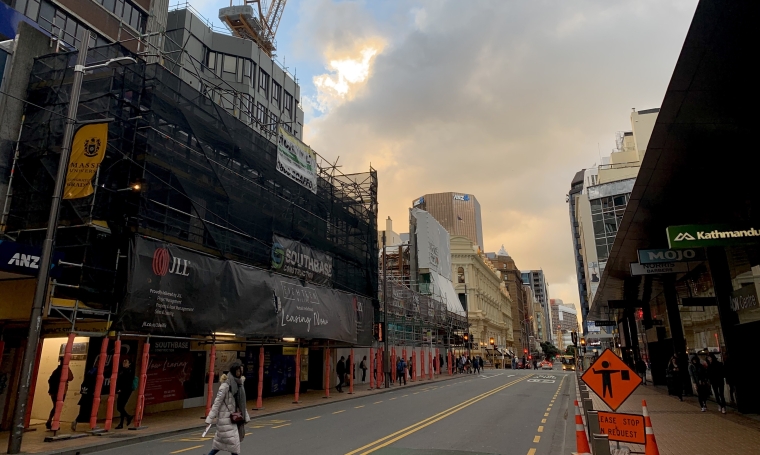 The economy grew more than expected by the Reserve Bank (RBNZ) and most bank economists in the three months to September.

The RBNZ, in its November Monetary Policy Statement, forecast quarterly growth of 0.3%. Meanwhile bank economists expected growth of around 0.5%.

The New Zealand dollar hardly rose on the news, as revisions to the data show much slower growth in the first half of 2019 than previously reported by Statistics NZ. Growth in the June quarter was revised down from 0.5% to 0.1%.

However revisions also show stronger growth over 2018, making the data quite noisy.

While most bank economists had a couple of months ago forecast one, if not two, Official Cash Rate (OCR) cuts for 2020, they have in recent weeks perked up and forecast fewer, if any, cuts.

This GDP reading, coupled with stronger business confidence and the announcement that there’s more government spending in the pipeline for 2020, might see the OCR remain at 1% for longer than previously expected.

Retail and accommodation growth led growth in the service industries, with a 2.4% increase in the September quarter - the largest rise in eight years.

Growth in retail was dominated by electronics, with higher sales volumes in supermarkets and grocery stores, department stores and restaurants also contributing to the strong result.

Growth in the primary industries was driven by agriculture, forestry, and fishing (up 1.5%), with dairy cattle farming rising for the second consecutive quarter. This was partly offset by a fall in mining of 1.1%.

The goods-producing industries saw rises in manufacturing (up 0.6%) and construction (up 0.6%), following falls in the June quarter.

Manufacturing was driven by higher production of transport equipment, machinery and equipment, and food and beverages. Strength in heavy and civil engineering was behind the rise in construction.

GDP per capita rose 0.4% in the September quarter, following a fall of 0.3% in the previous quarter.

ANZ economists, Sharon Zollner and Michael Callaghan, said: "All up, despite the slightly stronger print than expected, today’s data reflect an economy that slowed sharply in 2019 - indeed, more sharply than we had previously believed.

"But the good news is that forward-looking indicators suggest a stabilisation in growth going into 2020.

"In the meantime, growth continues to fall short of the roughly 2.6% y/y rate that the RBNZ needs to see exceeded for inflationary pressure to build. And looking forward, it remains a story of growth just not quite delivering what the RBNZ needs to be confident of hitting its inflation target, with inflation pressures set to wane in this environment and inflation expectations at risk of falling further.

Wespac economist, Michael Gordon, said: "Our view remains that the September quarter likely marked the low point for the economy this year - there is a growing range of evidence that points to a lift in momentum since then.

"However, the renewed volatility of the quarterly GDP figures may obscure that to some degree.

"While the September quarter result was substantially stronger than the RBNZ's forecast of 0.3%, the bigger issue will be how they treat the revisions to history."

ASB economists, Jane Turner and Nick Tuffley, said: "The slightly stronger GDP result, along with the recent pick-up in business confidence, will likely come as some relief to the RBNZ and result in the RBNZ’s OCR risk assessment becoming more balanced.

"Nonetheless, we continue to expect the RBNZ will cut the OCR once more over 2020, in large part due to tightening credit conditions creating headwinds to a recovery in GDP growth over 2020.

"We have pencilled in May for this last rate cut, but the risks are skewed to a later move."

Great news. The improving confidence among businesses lately will likely continue this economic expansion bull-run. Recent spikes in business investment should lift productivity and output in the medium to long run as well.
I wonder what's going on in Simon Bridges' mind now that he won't be able to use the only bullet he has in his gun barrel for his criticism of the current government: GDP growth.

Simon: "Look, 9 years of Naschional have left the books in the best shape they have ever been in which is why the country has continued to sustain GDP growth. Either that, or this spendthrift tax-happy looney left Government has boosted GDP growth by taxing everyday hard working kiwis to breaking point and spending their hard earned money on pointless vanity projects".

Yes. This is the real crux of the matter and is barely seen in the media or trumpeted by the govt.

no, the numbers are so close to zero so that compounding has little effect. Has to be some sort of smoothing function.

Correlation between current GDP growth and the continual flood of immigrants allowed into our country ?

Wow who would have guessed that investing in our real business economies would be more GDP productive for NZ then, investing in the false economy of the property ponzi scheme.

..see GBH. Investing in people importation did it.

Does GDP matter any more? ( In fact, did it ever once WW2 was over and munitions production (GDP) didn't have to be measured for survival sake?) I thought we had the WBP (Well Being Product) as our benchmark now...GDP is just a subset of WBP?.
As per comments above, a drop in GDP would mean that other components would have to take up the slack - like lower immigration; better schools and other services etc.

Too right. GDP per capita and productivity is all that matters for well being. This govt (and the one before) are failing on this. Maybe time to start new political party - Well Being Party (WBP) - to beat this useless bunch of fools at their own game.

Western cost disease - sapping any and all productivity gains with regulatory burdens of increased health and safety, employment law protection, cultural obsequiousness and other pet irrelevancies that waste everyone's productive time. Bureaucracies are a cancer that grow without check - using any and all justifications to gradually grow themselves and so increase power of their managers.

The West has far less employment protection for many, many workers than existed when there was more vibrant middle class growth. But on health and safety, yeah, added friction there.

On the other hand, you've also got the corrosive effects on innovation and growth of over financialisation (see Clayton Christensen on this), erosion of competition in favour of monopolistic conditions, and over taxation of business and labour whilst undertaxing unproductive capital or land.

I'd much rather live in a country with good GDP growth than one without. There are plenty of countries that have been much worse off than us over the past decade or more - all of which have bad GDP figures.

How many, I wonder, feel better off, as their cars crawl along clogged roads, and almost every service met with is noticeably cheapened with new lower-waged labour? Fortunately, though, the season reminds us that there's more to life than this stuff, and we live in our hearts more than in what's outside - although what's outside needs serious fixing.

Nobody is feeling better off under Labour. And even beneficiaries and minimum wage earners who got an income boost have been stung by higher rents, petrol, electricity, cigarettes and increased homelessness.

I see the headline number,
To get we had to open all the valves.
This is what we get when throwing the kitchen sink!

The bankers say growth, but not enough.....

Per capita... don't get me started.

Still waiting for that recession and unemployment that businesses have been predicting since Labour took office. It must be a very leading indicator indeed.

It fails to account for our resource draw-down, or our unmitigated pollution. Therefore, it fails to see the pitfalls awaiting an overshot species.

But we'll go on reporting it. It's a little like reporting the upper-deck menus on the Titanic; interesting but orders-of-magnitude irrelevant. Amount of irreplaceable oil, coal and gas burned this year? Amount of degradation? Entropy-state? Where are those measures?

So what this is saying is:
When business confidence was very low, commentators and the government said it isn't true as the GDP figures show steady economic growth. The negativity was ascribed to "Labour haters". They were wrong.

Now the earlier numbers have been revised down, the result matches the negativity being reported and minimised. In reality, businesses were under pressure and the truth is only being shown in the rear view mirror.

Current "high growth" is in comparison to a downward revision of the earlier numbers, compare to the pre-revision number and you have a different picture.