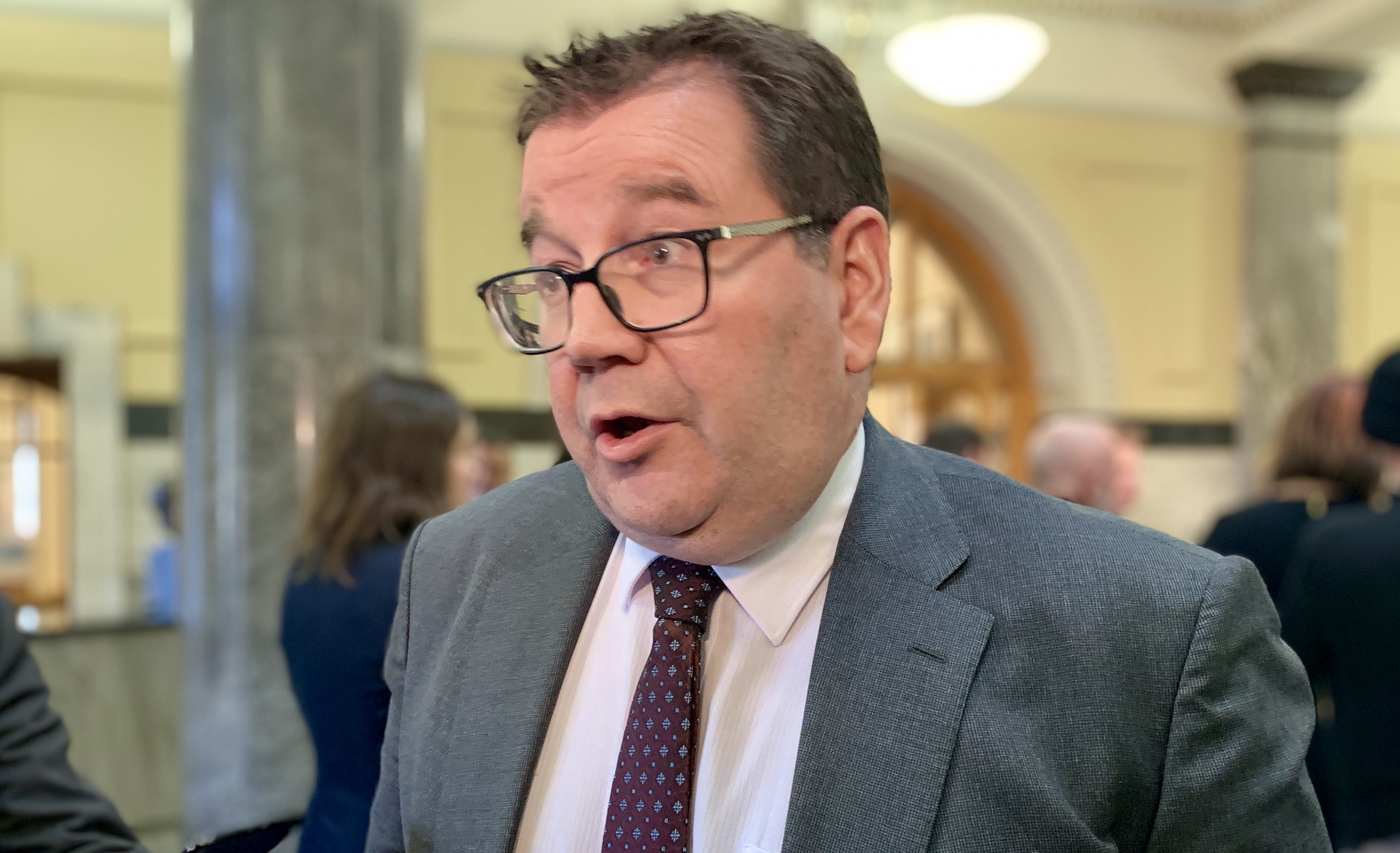 The RBNZ is looking to reintroduce loan-to-value ratio (LVR) restrictions on “high risk lending” from March 1, 2021.

When Covid-19 prompted the RBNZ to remove the restrictions in May, it said it would keep them off until at least May 1, 2021.

Asked by interest.co.nz for his response to the RBNZ possibly acting sooner, Robertson said, “In the current circumstances this is a sensible decision. I welcome it and I would like to see the work happen as soon as possible.”

One can interpret this comment as Robertson asking banks to rein in their high risk lending now, ahead of the RBNZ likely forcing them to do so.

Robertson before the election only spoke out in support of the RBNZ’s monetary policy and financial stability-related actions. However, he last week changed his tone a little, specifically saying he was bringing forward a scheduled meeting with the RBNZ.

Interest.co.nz interpreted this as Robertson wanting to be seen to be proactive and engaged, as public concerns over soaring house prices grow.

Asked on Monday what he talked to the RBNZ about, Robertson spoke cautiously, saying he had a “good general catch-up on the state of the economy”.

He noted this meeting was additional the one he was due to have with the RBNZ before the release of its Monetary Policy Statement due out at 2pm today (Wednesday).

Asked last week why he’d brought forward his meeting with the RBNZ, Robertson said: “I think it’s important to get that conversation happening quickly. Again, it’s about building on the relationship that we had during Covid-19.

“We respect the independence of the Reserve Bank, but clearly monetary and fiscal policy through Covid-19 continue to have to work together.”

Asked last week whether he believed sky-rocketing house prices were becoming untenable, Robertson said: “I’m always concerned about financial stability in New Zealand, and that’s the role of the Bank.

“They have independence in monetary policy. But I’m keen to be talking to the Governor and make sure that in, what is a rapidly evolving environment, that we continue to have the close the communication we’ve had through Covid-19. It’s important to note that Covid-19 from an economic perspective is far from over…

“While the New Zealand economy is doing well in the short-term, in the medium to long-term, those global challenges are going to have an impact on New Zealand.

“We have a very important job to do, to lead New Zealand through its recovery and rebuild in a balanced way. Part of that is a relationship with the Reserve Bank.”

The RBNZ’s mandate enables it to use LVR restrictions to put a lid on bank lending for financial stability purposes – in other words, to ensure the banking system is sound. It doesn’t have a specific mandate to keep an eye on house prices or the inequality that high house prices can exacerbate. These issues fall in the Government’s remit.

For some reason, and I hope it's not misplaced, I feel really encouraged by all of that.
There will be more that hasn't been reported and even more that we haven't been told, publicly.
But if we can look back in a few months and years time and say "11/11/20" was the bottom of the barrel", I'll be happy.

Doubt it bw, 11/11/20 is also the date the RBNZ introduced the FLP with clear aim to further reduce interest rates

It's comical they still think "increasing supply" is going to do anything in the face of a speculative credit bubble.

Trying to increase supply has resulted in allowing more houses to be build in a land but as a result of that cost of land has also gone up by multiple so houses can never be cheap. If one house could be built in 600 sqmt cost was X and now if two houses can be built on same land cost is XX and also house prices of all houses in that area goes up by just one single transaction.

Politicans, RBNZ and experts with vested interest hide behind supply crisis to cover up speculative demand that they are creating to boost the ponzi as has to keep on going.

Problem is Real big, so now everyone is coming out with concern but still is delayed action.

Mr Robinson why from 1st March, why not from 1st December or 1st January. Time to act is now and not giving time to squeeze FHB more and more.

Will someone ask Mr Orr and Mr Robinson to look at below house as case study of how and what is happening in Housing Market in NZ and in Auckland in particular and this is not cherry picking but the latest that has come to notice.

Jenee you can check below to understand, how deep the crisis is in housing market (Nothing against individual but should study to get real idea of what is happening in Housing market and what more 5 months delay on LVR can do)

Housing, specially in Tax Free country like NZ could also be a mean for money laundering.

Lot of checks and balances but still enough way to manipulate money laundering legally without being caught - may be.

It is indeed an ideal market for that. My research shows exactly how crims circumvent the checks (and sometimes even use them to enable laundering) when pumping proceeds of crime into NZ real estate.

Yes. "We'll do it after the prime house selling season is completed, locking in price increases".

FYI Grant, March is not ASAP.

ASAP is now, not next March. Act NOW. What are you waiting for ? For the bubble to inflate even more ? For the housing Ponzi to become even more dangerous than it already is right now ?

The winners are the ones who have just sold. I'll guarantee they'll hold of buying again until LVRs come back.
Would you buy now and pay too much? or wait for the lid to be put back on (possibly sooner than March) and pay potentially less?

You cannot taper a Ponzi scheme

Now there's a work program that would be worth waiting until March for.

Agreed, or a universal land tax to stop everyone piling on more debt.

A Universal Land Tax at this juncture will just add costs to those who rely on investment return to funds their holdings ie: rents will go up - something we can't afford.
So. It's not what we ADD (Land Tax etc), to curtail the lunacy, but what we SUBTRACT - the capacity to borrow being No 1 on the list.

If we've got FLP, low interest rates and other QE methods being liberally applied - as well as some rather excessive Keynesian policies from Labour, then there's no reason why we can't go back to the LVR rules we had before COVID. Like, right now. Like everyone here is saying.

The reason for the delay is that Labour really, really don’t want to kill their only golden goose which is property price inflation too quickly. But they still want to look and sound like they are doing things.

My view of Robertson as Finance Minister has gone from passable to useless.

Robertson. Talks very pleasantly. But you notice how he talks down to you.
It's clear he is above taking in the information that what he is doing is harmful.

It's the talking from a position of absolute understanding when it's become clear that either the whole thing is guess work and or it just actually doesn't really matter, in which case he should say so, rather than trying to come up with mealy-mouth explanations of why it's wrong to think whatever he's saying might not stack up 100%

Next March while you funnel out another 28 billion. Do we look lik e pr cks?