NZ's current account deficit for the year to September was just 0.8% of GDP, the lowest in about 19 years

NZ's current account deficit for the year to September was just 0.8% of GDP, the lowest in about 19 years 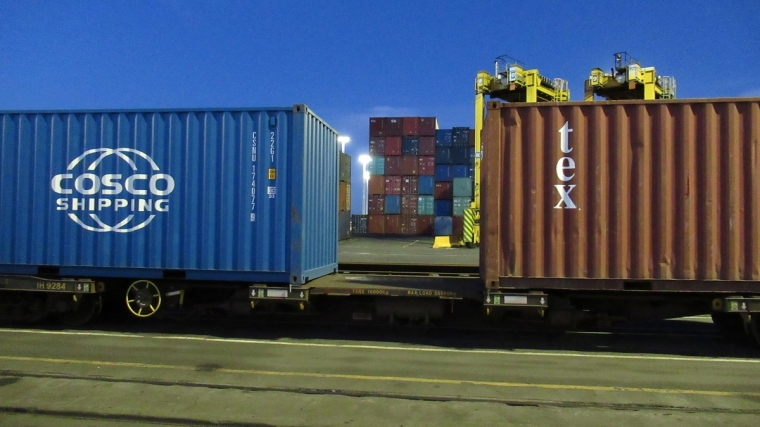 The relatively low imports arriving in New Zealand this Covid year have helped the deficit between what we get from exports and what we spend on imports to shrink to the lowest level since 2001.

BNZ senior economist Doug Steel said the near-term weakness in imports "may yet see NZ post its first annual current account surplus since 1973", although that is not the BNZ economists' formal forecast given the "expected large tourism hole this summer" due to closed borders.

"Economic recovery and supply chain improvement is expected to bring a somewhat bigger deficit over the years ahead. A near term annual surplus or not, the bigger point is that our external account forecasts show nothing on the horizon to even slightly heighten discomfort levels at the likes of the rating agencies," he said. 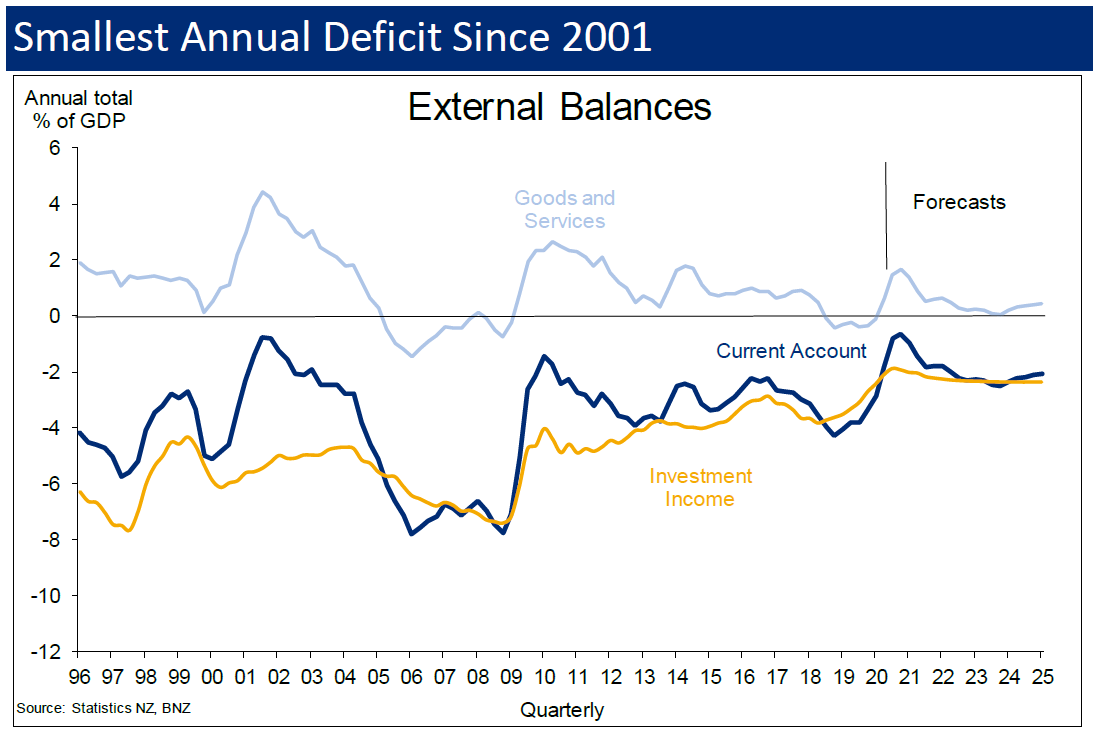 ASB economist Nathaniel Keall said the annual current account deficit had narrowed markedly over the course of 2020 "thanks to the pandemic".

"The resilience of NZ’s goods export values through the pandemic has also supported the current account balance, due to the sector’s high exposure to China (which has recovered from the pandemic faster than most), and the fact that commodity prices have held up well. Supply chain disruption, the global shipping container shortage and lengthy port delays have also weighed down import activity.

"We expect the annual current account deficit to narrow a bit further over Q4 but to begin to widen again over time. As the global economy emerges from the pandemic, domestic spending and corporate profitability are likely to pick up and COVID-induced disruption in international trade should fade from view. Still, the timing of the movement is highly uncertain and contingent on the rollout of the vaccine, and the broader economic recovery."

That represented a -$1 billion change from the June 2020 quarter, which was a record surplus.

Stats NZ said the return to a current account deficit, after the record surplus in the June quarter, was driven by a $1.4 billion decrease in the seasonally adjusted goods surplus.

The main contributor to the deficit was the rise in goods imports of $1.1 billion, following a fall in the June 2020 quarter.

I know I have a substantial bias against tourism, but I've got to ask surely taking out inbound tourists should have massively dented our bop if they contribute the amounts previously claimed.

They don't, we've been conned.

The figures for inward flows to the current account from overseas tourists are gross. There are also considerable foreign exchange costs of servicing these tourists. Also, in the last year there have been minimal current account outflows from NZ folk travelling overseas for tourism and related.
KeithW

Inward bound tourism seasonally peaks in the December/ March quarters , during which time there is a significant net increase in inward over outward bound tourism. Clearly , current annualised figures ending September will not reflect any the appreciable loss of tourism and indeed foreign exchange requirements which will occur in the coming two quarters.

Transitory. There are more Ford Rangers on their way here than you could believe!

Also more plans being worked on to 'export' more education.
Tertiary lobby groups keeps reminding our government that these students come here for the quality of education in NZ; although more than half of our foreign students here in 2019 were enrolled with 'nameless-faceless' polytechs and PTEs.

Keith,
Does balance of trade include services for imports..?? ( I think overseas tourists are considered as a "service" import )
If so, the collapse of overseas tourists might account for the favourable current acct position.
ie Inward ( import) travel dropped by over $3 billion

I'm not sure if the exchange rate movement has much to do with trade/current acct imbalances ?.... maybe back in the day..
In todays strange fiat Monetary world with ultra low interest rates.... I don't really understand what forces move our exchange rates.
( I'm thinking interest rates are more meaningful than current acct balances..?? )

The current account deficit can also be funded by increasing levels of private sector debt. As sectoral balances shows with its accounting identity, ( S-I) =(G-T)+(X-M), and all financial flows must net to zero.

It’s quite funny that you present “economics” as some kind of science with formulas and balanced equations. You’d be better off with astrology.

Economist Wynne Godley worked for the British Treasury, I am confident that he knew what he was saying.

Any macro econ SME's able to explain the goods and services to GDP tab? Is that trend bad?

I'll give an economist's answer - it depends. Assuming GDP remained constant, a decreasing % of goods and services BOP means we are either earning less for our exports or spending more on our imports, probably some combination of both. Obviously we know that GDP hasn't remained constant but rather declined, so this magnifies the impact on the ratio. But that's basically all this tells you, you need more information to draw any conclusions from this on whether it is good or bad.