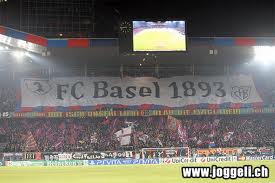 Basel's football team has enjoyed recent success against Bayern Munich & Manchester United but it's the banking reforms that take the Swiss town's name that are of most interest to NZ bankers.

The country's banks are about to be asked what they think of proposals that would force them to increase the amount of capital they hold in order to meet new regulatory requirements.

Fresh from receiving feedback on a broad consultation paper encompassing its planned implementation of Basel III, or new global capital adequacy requirements for banks, the Reserve Bank is going back to the industry in a second round of consultation, this time with a more specific focus.

Basel III is a set of reform measures, developed by the Basel Committee on Banking Supervision and endorsed by G20 leaders, designed to strengthen the regulation, supervision and risk management of the banking sector in the wake of the global financial crisis. It aims to improve the banking sector's ability to absorb shocks arising from financial and economic stress, improve risk management and governance, and strengthen banks' transparency and disclosures.

Currently banks must have a tier one capital ratio of at least 4%, or 6% for ANZ New Zealand, BNZ, Kiwibank and Westpac NZ due to their combined NZ$8 billion worth of debt covered by the Crown Wholesale Funding Guarantee Scheme, and a minimum 8% total capital ratio.

The Reserve Bank's Basel III proposals - outlined in its consultation paper released last November (and interest.co.nz's story here) - would see the standard tier one capital ratio rise to 6%. They also propose a 2.5% "conservation buffer"  to ensure banks maintain a buffer of capital over the minimum ratio requirements that can be used to absorb losses in times of financial and economic stress. This will take the tier one capital ratio to 8.5% and total capital ratio to 10.5%.

"The scope of the further discussion paper on Basel III is intended to include areas such as the counter-cyclical capital buffer, the operation of the conservation buffer and transitional arrangements," a Reserve Bank spokeswoman told interest.co.nz.

Of the country's big four Australian owned banks, only Westpac met the potential 11% and 13% capital ratio requirements as of its latest general disclosure statement, and only just.

Meanwhile, among the New Zealand owned banks Kiwibank was short of both the potential new capital ratio requirements with its tier one ratio at 10.1% and its total capital ratio at 12.1%. The state owned bank had total equity of NZ$699 million and NZ$12 billion of loans.

The Reserve Bank says the purpose of the countercyclical buffer is to protect the banking sector from periods of "extraordinary excess aggregate credit growth." For any given country, it's anticipated this buffer would only be in effect when there is "excess" credit growth resulting in a "system-wide" build up of risk.

Meanwhile, the conservation buffer is being introduced to ensure banks maintain a buffer of capital over the minimum ratio requirements that can be used to absorb losses during "periods of financial and economic stress." While banks will be able to draw on this buffer during such times, constraints on earnings distributions (dividends) will be applied as their capital ratios get closer to the minimum requirement excluding the buffer, the central bank says.

The Reserve Bank defines capital as a measure of how much a bank's assets exceed the amount of money it owes depositors and other ordinary creditors. It is divided into two categories, called "Tier One Capital" and "Tier Two Capital". Total capital is the sum of both.

Tier One Capital represents the shareholders' funds in the bank - their share of the bank's assets after all of the bank's debts have been repaid to creditors. The only hybrid instrument currently included as Tier One Capital is perpetual non-cumulative fully-paid up preference shares, something the central bank plans to continue.

Tier Two capital generally has a lower capacity to absorb losses than Tier One Capital. One of the more important forms of Tier Two Capital is "subordinated debt" such as money the bank owes to creditors, but that in a winding up can only be repaid after the bank has repaid the money it owes to depositors and other ordinary creditors.

The Reserve Bank has decided not to implement the proposed Basel III 3% Tier One leverage ratio, saying the one-size-fits-all aspect of the leverage ratio is poorly targeted, potentially giving a misleading picture of risk in some situations.

The Basel Committee has proposed that the Basel III requirements be phased in from 2013 to 2019 but the Reserve Bank wants them up and running from January 1, 2013 unless there are "compelling reasons" for a phased approach.

Separately banks were asked to provide detailed implementation plans, by the end of February, to set out how they meet the Reserve Bank's Open Bank Resolution (OBR) pre-positioning policy. The Reserve Bank spokeswoman said central bank staff were currently considering these implementation plans, therefore it was unable to provide any more detail on the timeframe for further public information releases.

Effectively the the OBR policy is the Reserve Bank's blueprint for dealing with bank failures. An open bank resolution is an option whereby the bank is open for business on the next business day after its temporary closure following an insolvency event or an event that triggered putting it under statutory management, and is able to provide customers with full or partial access to their accounts and other bank services.

The key feature of the policy is that creditors are able to access a portion of their funds immediately after the bank fails and is placed in statutory management. The bank can then quickly reopen with the unfrozen or accessible portion of funds guaranteed by government to avert a further run by creditors. Additional funds can be unfrozen at later dates as the final losses are determined.

The Reserve Bank says the policy is intended to act as a resolution tool that places the cost of bank failure primarily onto a bank's shareholders and creditors rather than taxpayers, thus minimising moral hazard and providing a continuity of core banking services. The policy, previously known as Bank Creditor Recapitalisation, was developed after a review of the central bank's crisis management policies and instruments following the 1997 Asian financial crisis.

The Reserve Bank says its outsourcing, local incorporation and governance policies were all designed to facilitate the implementation of the OBR policy. Now, the pre-positioning of banks' internal systems represents the next stage in the process. See more on OBR here.