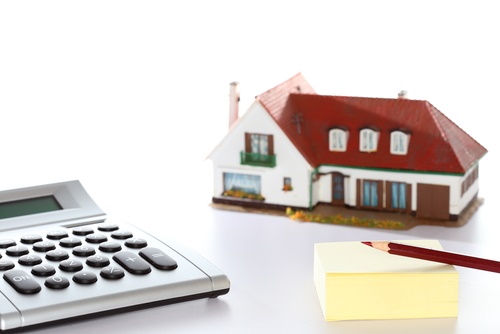 Banks have been quick to react to the latest cut to the Official Cash Rate by the Reserve Bank, with some immediate falls in floating mortgage rates announced.

And BNZ has set a new low for the current rates cycle with a floating rate just under 6%. The bank has dropped the interest rate on its floating home loan product TotalMoney, at a greater rate than the decrease to the OCR – from 6.34% to 5.99%

BNZ Director of Retail and Marketing Craig Herbison said with rates constantly moving, it may be time for mortgage holders to consider floating.

“People might be surprised to learn that with BNZ, a floating rate can end up lower than fixed, thanks to TotalMoney, which takes into consideration a customer’s savings with BNZ.

“In this example, the TotalMoney effective floating rate is actually lower than today’s Classic fixed two-year rate of 4.99%. I think it’s the market’s best-kept secret."

The new rate is effective Monday 27 July 2015 for new customers, and 11 August 2015 for existing customers.

Kiwibank has made an immediate cut to variable and revolving mortgage interest rates following today’s announcement by the Reserve Bank. The rate cuts match the full reduction of 0.25% bringing the floating rates down from 6.40% to 6.15%. The reduction is immediate for new customers and will take effect in two weeks for existing customers.

SBS Bank said it had dropped "a number of" its following the OCR cut, including dropping its residential floating rate to 6.14% p.a - effective 9am Monday morning. The bank was due to release more details later.

These announcements all followed the RBNZ trimming the OCR to 3% from 3.25% and with RBNZ Governor Graeme Wheeler observing that "some further easing seems likely". Economists believe the RBNZ is likely to unwind all of last year's rate hikes by the end of the year, which would take the OCR back to historic lows of 2.5%.

How much more scope there will be for banks to cut mortgage rates further will remain to be seen.

The new floating and fixed mortgage rates compare as follows:

We will update this table during the day.

And the New Zealand Herald is reporting that Auckland rents are up 7.6% in the last 12 months...

Looks like life's good in landlord land (and finance is getting even easier to obtain).

High rents are stifling productivity and creativity, enriching the owners and impoverishing the rest with little or no input into NZ Inc.

As a BNZ customer with a floating mortgage I'm interested too see what they do given that they dropped their floating rate 0.4% at the last OCR cut. Will they drop based on this cut or shortchange their customers the difference?

It's peanuts at the end of the day, but it's the principal that counts!

Interest.co - perhaps you could update the lending scenario Bernard use to do ie floating vs fix, now or later for readers plus any thoughts on how long term interest rates will trend 2,3 yrs plus if we drop to OCR 2%

Just in case Bernard is reading this, I think it also might be prudent for Bernard to comment on the benefits/prudence in this OBR day-and-age to consider flexible mortgage instruments.

Point being, there are a bunch of Greeks sitting on savings accounts who are unable to access this money to pay off mortgages they might have (often with the same banks who hold those mortgages!). It seems ludicrous to be bailing out said banks with your savings when you have a debt repayable to those said banks.

The effects of the OBR are counterintuitive....
What Kate says is another reason why the OBR will result in Bank runs at the first sign of trouble..

The OBR is what will be the nudge off the top of the cliff........ rather than being some kind of stability enhancing mechanism..

We will withdraw our money faster than u can say... "jack flash"... thus amplifing the very instability the RBNZ is mandated to avoid....

It is a natural injustice to lose ones deposits while still having the liability of ones debts with a Bank..

Banks set to make windfall income from break fees from borrowers who believed the 'rates are about to rise" rhetoric.

Only to the extent that they cover the wholesale cost of early repayment - there shouldn't be any bottom line in it for them if they're following the rules.

Yes, that's Australia today, where they are still expecting several cash rate cuts from their Central Bank. But the retail banks appears to be 'getting it' that the capacity of central bank intervention to change commercial sensibility has all but run its course.

Who is expecting more cuts from the RBA? I'm not, unless something big happens.

Maybe, the significant wholesale foreign funders of the asset side of the balance sheets are exercising their prerogative to determine the credit status of Aussie banks, rather than the complicit RBA?

Its not just Aussie Banks I reckon Stephen. I think I know why Janet Yellen is so convinced that the Federal Reserve will raise the federal funds rate. China has been engaged in a massive repatriation of its foreign exchange reserve which were held at the Federal Reserve. But Yellen will have to leverage some exotic tools in order to fulfill her objectives.

"Nobody's ever done this before," says Jon Faust, director of the Center for Financial Economics for Johns Hopkins University and special adviser to the Fed's board of governors until last September.

The Fed's capacity to bump up rates is critical to retaining the confidence of financial markets and heading off a potentially sharp rise in inflation as the economy heats up."
http://www.usatoday.com/story/money/2015/07/20/fed-could-face-challenges...

I believe it will only lead to a further financialization of the American economy, because it allows further opportunities for American domiciled corporates with massive cash holdings to earn fixed, guaranteed returns from the Federal Reserve's actions. I am predicting the Congress will introduce tax holiday legislation which will allow the corporates to repatriate their offshore cash holding at a lower tax rate than is currently imposed.

I think there is a need to fund foreign USD liabilities, as the global banks walk away from their previous credit extension activities in the eurodollar arena - hence the official draw down of USD reserves. This article and it's links may offer insight.

ANZ Australia today raised housing investor interest rates, will be interested to see if they do here and if any of the others follow
http://www.smh.com.au/business/banking-and-finance/anz-raises-investor-h...

No, the Bloomberg Commodity index is a slow motion screen shot depicting the massive intrusion of worldwide central bankers into the global economic and financial system. Their unprecedented spree of money printing took the aggregate global central bank balance sheet from $3 trillion to $22 trillion over the last 15 years.

The consequence was a deep and systematic falsification of financial prices on a planet-wide scale. This unprecedented monetary shock generated a double-pumped economic boom—–first in the form of an artificial debt-fueled consumption spree and then a sequel of massive malinvestment.

Now comes the deflationary aftermath. Soon there will follow a plunge in corporate profits and collapsing prices among the vastly inflated risk asset classes which surfed on these phony booms.

So it is worth recounting how we got here. In the first phase, central banks engineered a massive wave of household borrowing and consumption/housing spending in the DM economies which, in turn, ignited an export manufacturing boom in China and among its caravan of EM suppliers. This China/EM export boom eventually over-taxed the world’s existing capacity to supply the raw materials required by a booming industrial economy—hydrocarbons, iron ore, met coal, aluminum, copper, nickel etc.
http://davidstockmanscontracorner.com/central-banks-have-shot-their-wad-...

Meanwhile in Australia:
"The standard variable rate is 4.83 per cent and switching to the lowest three-year fixed rate of 3.94 per cent would cut monthly payments on a $300,000 mortgage by more than $150"