Savers earn record low returns for their cash, while the capital value of assets like houses (or jobs) push on up into the clouds

Savers earn record low returns for their cash, while the capital value of assets like houses (or jobs) push on up into the clouds 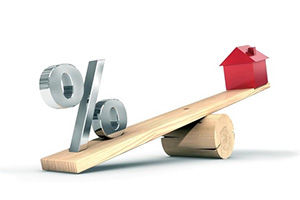 Since we last reviewed the situation for savers, term deposit rates have continued to be cut.

These are the lowest rates we have ever recorded since we started archiving rates in July 2001. Using the RBNZ series it is likely this is the lowest in almost 50 years - since June 1966.

Economists think the Reserve Bank will cut the official rate again soon which will take it -25 bps lower to 2.75%. This could come next in early September. In fact some expect another cut after that.

These expectations get built into rate pricing in wholesale markets and this is what is behind the reduced offers by banks. (Why offer savers more when wholesale funds are cheaper?, is their reasoning.)

These cheaper wholesale rates are behind the record low mortgage fixed interest rate offers, which for a one, two or three year term have fallen to 4.49%.

But savers are not without options.

However, you may need to review your tolerance for risk.

One option is to assess the non-bank offers. A sample is added to the table below. This sample is intended to show a range of risk profiles.

Another option is to choose the term PIE variations.

Yet another is to avoid banks altogether and deal with borrowers directly. You can now do that using a peer-to-peer platform like Harmoney.

And, if you believe that interest rates are going to continue to fall - and your conviction will need to be pretty strong - you can invest in Government, Local Authority, or Corporate bonds (or a money market fund that specialises in these investments). These may earn a low coupon interest rate, but as rates continue to decline, the capital value of the bonds rises to reflect the change. It is this gain, which is only available in a liquid bond market, that may look attractive to some savers. (Of course, the reverse works if rates rise, so your tolerance for that risk needs to be understood.)

Savers are in a tough spot. These days there is little reward for just holding cash, but you could console yourself by realising that at least after-tax returns are still higher than the inflation rate. Savers in most other Western countries can't even rationalise like that.

Use our deposit calculator to figure exactly how much benefit each option is worth; you can assess the value of more or less frequent interest payment terms, and the PIE products, comparing two situations side by side.

All carded, or advertised, term deposit rates for all institutions for terms less than one year are here, and for terms one-to-five years are here.

The latest headline rate offers are in this table. Remember, these are not where rates will settle to, just where they are at 9:00am on Monday, August 3, 2015.

Here's something to ponder: low rates make a paying job worth more.

Assuming you are a 45 year old and are earning the national median pay - which according to the IRD's PAYE records is $1,044 per week - then you would need to have a cash deposit of $1,669,400 earning 3.85% to earn the same tax-paid interest as the after-tax take home pay of your $1,044 gross weekly wage ($961 take-home, but before any deductions like KiwiSaver). A median paying job is now worth almost $1.7 mln !

".....but you could console yourself by realising that at least after-tax returns are still higher than the inflation rate"
I'm not sure why this tone is used. I can't remember term deposit returns after tax ever being lower than inflation. Consequently to date, they have been a very good place to put money for those who are relatively risk averse. Unfortunately though, the after tax return on term deposits will not match the huge increase in rates bills for those in Auckland. And the rules have changed in recent times: OBR, covered bonds, 1 month notice periods to break them. The risks have shot up for no benefit.
I think that it may be time to start using up some of my funds...

heard this morning that Cilla Black has died so yep I'm definitely going to start spending the capital.

Did you account for the cost of accommodation if you'd put your 513k into term deposit instead of a house? If not, my back of the envelope math ( (154k - 27k) / 6 years) = 21k approx. If you'd have paid more than that then your house actually made you more than a TD would have.

However there is no insurance, rates or maintenance on a Term Deposit either!