BNZ introduces an 18 month rate, while Westpac moves two 'special' rates, one up, one down

BNZ introduces an 18 month rate, while Westpac moves two 'special' rates, one up, one down 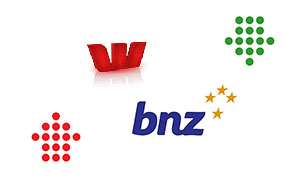 Both BNZ and Westpac have changed some key home loan rates.

BNZ have added an 18 month option which they have priced at a standard level at 5.09%.

Westpac have changed two rates for their key 'specials' offers.

They have matched BNZ in the two year space at 4.39% which is a -10 bps reduction for them. We should note that TSB Bank also has a 4.39% two year 'special', so that means three retail banks now offer that rate, allowing borrowers good alternatives for that term.

That leaves ASB as the only bank offering 4.49% for a three year term, albeit on their 'special' terms.

The lowest mortgage rate available from any bank is still HSBC's fixed one year 'Premier' home loan rate at 4.25%.

Swap rates have been range-bound since mid September and movements here do not underpin today's mortgage rate announcements.

But with the US Fed now almost certain to start a gradual rise in their policy rates, we have seen the 1-5 rate curve start to show signs of rising. Certainly the 2-10 curve has, today at a ten week high of almost 90 bps. The Fed changes may accelerate that.

At the short end however (1 year fixed and shorter), policy moves by the RBNZ will be more influential and markets are pricing in some chance of a fall in the OCR over the next few months. Not all analysts are convinced that will happen, especially if the US Fed starts raising rates, but there is almost no change the RBNZ will follow the Fed any time soon.

All this means that markets are positioning for low wholesale rates at the short end in New Zealand, but rising and steeper rates for longer terms and that means 2 to 5 years.

However, something borrowers don't look at a lot is the credit spreads. This is the risk premium banks pay over and above the wholesale rates to secure the money. The only proxy we have for these are the Australasian CDS spreads. These are for investment grade borrowers and the Aussie bank's paper is a major, but not only, part of this market. These spreads have been tightening over the past few months (tightening = falling), but the movements have been small. They are up about +15% from May, but down about -10% from September. These sort of shifts in this small-but-crucial component of bank money costs won't really shift retail rates a lot. In a credit crisis they can, but at present we don't have that.

Borrowers should always negotiate for lower than carded rates, especially if you have equity of 20% or greater.

Talking to your bank's main rivals and knowing what they will offer is the best way to start negotiations with your bank.

These new fixed mortgage rates now compare across all banks as follows:

"But with the US Fed now almost certain to start a gradual rise in their policy rates, we have seen the 1-5 rate curve start to show signs of rising. Certainly the 2-10 curve has, today at a ten week high of almost 90 bps. The Fed changes may accelerate that."
Looks like the early signs of a foot and mouth outbreak to me.

interesting times ahead, do you change now or wait for our RB to drop to 2.5

Bargain yourself a rate of sub 4, and book it in. Downside from there in the short term probably not great. Kiwibank and HSBC apparently offering 3.99 behind closed doors.

The whole thing is a circus , we have NZ Domiciled real estate agents running seminars and adverts in China , telling investors to buy a house in Auckland , and the Kiwis will pay off your mortgage for you !

The unstated message is ........Convert your rubbish worthless cheap-to borrow Renmimbi to a hard (ish) currency , in a first world stable country with no Property transfer taxes, no Capital Gains Tax , and a freely tradeable currency ...........its an absolute winner .

Who would not take up such an offer ?

But, that's how we get our GDP up and at the same time our GDP per capita down

I think he might hold....
hoping for a cut, though

interesting so the Chinese want to keep capital in their country to make the economy grow, whereas we require external capital to feed our debt to grow
someone is right and someone is wrong