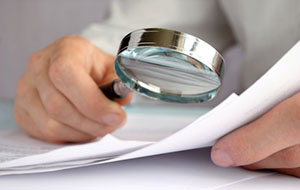 Inflation was much weaker than expected in the December quarter, sharply increasing expectations the Reserve Bank will have to cut the Official Cash Rate again later this year to drive inflation back up into its target band.

Statistics New Zealand reported the Consumer Price Index fell 0.5% in the December quarter from the September quarter, which was more than 0.2% to 0.3% fall forecast by the Reserve Bank and economists respectively.

The New Zealand dollar dropped almost 1 USc to a four month low of 63.7 USc after the result. The two year swap rate, which is the wholesale interest rate that fixed mortgage rates are based on, fell as much as 8 basis points by late afternoon trade. Financial markets increased their measure of the chances of an OCR cut at the March 10 Monetary Policy Statement and decision to 60% from 40%.

The New Zealand dollar dropped almost one USc to 64.09 USc after the release of the data on increasing expectations for rate cuts.

Petrol prices fell 7.0% in the quarter from a year ago and vegetable prices fell 17.0%, but there was pressure on prices from housing costs, both of new houses and rents.

Rents rose 2.5% nationally for the year and were up 3.3% in Auckland. The cost of new houses, excluding land, rose 1.2% in the quarter and was up 5.0% for the year, with Auckland house building costs rising 7.2% for the year.

Rates increases of 6.2% were also a factor pushing non-tradable inflation of 1.8% for the year. Tradable prices fell 2.1% for the year.

International airfares also fell 8.1% for the year, while milk, cheese and egg prices fell 8.7% from a year ago.

ASB Chief Economist Nick Tuffley said the result backed his view that the Reserve Bank would have to cut the Official Cash Rate again in June and August.

"The result reinforces our view that inflation pressures won't pick up to the extent the RBNZ is forecasting without further rate cuts," Tuffley said.

"Not only does this support our view for further rate cuts, it suggests an increased risk that cuts could happen earlier than June (our forecast), particular if domestic and offshore economic conditions continue to deteriorate," he said.

ANZ Senior Economist Mark Smith said the 1.8% fall in tradable prices in the quarter dominated the result and was higher than expected.

"There were also few signs the disinflationary impact of past NZ$ strength was abating, with falls for prices for motor vehicles, telecommunications equipment, package holidays, household textiles and appliances," Smith said.

"So far, competitive pressures were proving an effective inflation suppressant, with Statistics NZ reporting that 14% of retail items were discounted in Q4," he said.

ANZ still expected the Reserve Bank to hold the OCR at 2.5%, "but a low inflation backdrop provides the RBNZ with scope to move the OCR lower if the outlook for economic activity deteriorates," he said.

Westpac Chief Economist Dominick Stephens said the result would be a material surprise to the Reserve Bank.

"What really stands out is that we are not seeing pass through from the lower NZ dollar," Stephens said.

"Combined with continued softness in oil prices, it’s looking very unlikely that inflation will return within the RBNZ's target band this year (inflation has already been outside their target band for a year now)," he said.

"This reinforces our expectation that the RBNZ will need to continue cutting the OCR over the coming months. It also increases the risk that cuts happen sooner than we had anticipated. We had penciled in a rate cut in June, but March is now looking very much like a live decision. Pricing for a March OCR cut moved from 40% to 60% after the CPI was released."

BNZ Senior Economist Craig Ebert said the pressure would be on the Reserve Bank when it makes its first OCR decision of the year whether it was a "flexible Fred or a nervous Nellie again."

"Or the Bank signals that it is once again getting nervous, such that it is opening the door to further OCR easing. It’s come to the crunch," he said.

Ebert said the core inflation was not as soft as the headline, but that the smoke from the data would keep the pressure on the Reserve Bank to ease. He said further rate cuts would not be riskless and he pointed to REINZ figures house price inflation broadening out beyond Auckland.

"Of course, these asset-price versus CPI divergences are happening amid a broader debate (globally) about what rates of inflation central banks can reasonably hope to achieve these days, when an increasingly competitive, and interconnected, world economy, along with technological change, is creating a lot of good deflation," he said.

As we have long insisted, the GDP does not measure true gains in national wealth or main street living standards. That’s because you can borrow your way to higher GDP, as the US did through an explosion of household borrowing in the 20-year prior to the 2008 crisis, or as China and its EM supply convoy did during the last seven years.
http://davidstockmanscontracorner.com/soon-comes-the-deluge/

"The result reinforces our view that inflation pressures won't pick up to the extent the RBNZ is forecasting without further rate cuts," Tuffley said.

Where has it (redefined CPI inflation) picked up in the Northern Hemisphere where DM nations' interest rates are near zero, and have been for some time?

Great for some as long as it does not bring on the pitchforks.

Yes, I understand your glee. The only issue that is of concern is how far can the rent seeking bonanza go? Nobody really understands the natural limits of how much more can be squeezed out if it or the externalities that will eventuate. NZ and Australia are now defining an economic structure that is unique to our brand of monetarist capitalism.

Who's interests are the Reserve Bank operating under? Are they accountable to anyone? If the general public (indirectly), are we okay with a 0% +/- inflation for the perceivable year or two?

The PTA is being deliberately ignored.
Don't ask pesky questions.
Just around the corner, the world economy will recover, NZ inflation will resurge, and then the PTA will be dusted off.

Was actually a good question.
Same issue a year ago.
http://www.nzherald.co.nz/business/news/article.cfm?c_id=3&objectid=1138...
Wheeler has been missing the target for years now? And will keep doing so for years to come by the looks.

because he also has to maintain bank solvency and stability, and whilst they are pumping out debt to fuel house price growth it leaves him little room to manoeuvre. Also I think he realises he is fighting both the big banks and their friends in parliament going against trying to stabilize the price increases.
He should have brought in LVR of 50% for investor housing to all areas

At the same time could you also explain the purpose of inflation? Also with regards to inflation, is it, or is it not compounding and what is the impact on the purchasing power and value of our money?

Really low interest rates pull in investors and owner occupiers alike. Deeper and deeper. What happens when interest rates go up. Is there a way out - No.
Already we are seeing dairy farmers who yesterday were multi millionaires - Looking suicidal. And that while rates are still declining. What if rates rise ?
I am not predicting rates to rise, and I think rate predictions are just a guessing game. But a rise could come.

Why is continuing deflation such a 'surprise' to the RBNZ?
Do they travel overseas? Read newspapers? Analyse households behaviour in the economy?
Noticed Oil prices?
Is NZ aware that interest rates are zero elsewhere?

Is NZ aware that interest rates are zero elsewhere?

Of course, isn't it marvellous? - hopefully the government can afford to continue paying the real ~4.50% p.a. coupon to facilitate higher ongoing discounted NPV prices today in lieu of taxpayer payments hereafter. Well up to 2027 at least.

Go you good thing. Nice to have official buying support in the pipeline.

And what a pile of debt it is.
http://www.rbnz.govt.nz/statistics/tables/s7/

Looks like China is facing a currency crisis. How do we get on if it's %50?

Cited by Bloomberg, Hart has said that "China should weaken its currency by more than 50 percent this year."

China Is Getting Less and Less Bang for Its Credit Buck

I predicted the December cut and another Q1 this year, who recons its another 0.25 cut on January 28th ? looks like mounting expectations of another cut. It's all good if you have a mortgage that's for sure, those that bought a house a few years ago in Auckland are sitting pretty.

Another day, another really low inflation forecast, another promise from the RBNZ that inflation is just around the corner...

Hmm... So we have overall deflation for the quarter because milk, cheese, eggs, vegetables, international airfares and petrol have all fallen in price and yet they're still expensive. Supermarkets are increasing the price of everything else at higher than inflation rates and all other "necessities" seem to be constantly increasing.

And what does everyone want to do - increase prices of all of the above by creating inflation?

I just don't get it. Ya'll gone mad and left me behind.

"the 17th consecutive quarter where annual inflation has been below the 2% midpoint targeted by the current Governor Graeme Wheeler"
And the RBNZ still overestimates CPI with every forecast !!! Common Mr Wheeler, seriously, how can you over estimate CPI EVERY TIME ?!? Surely you'd learn after 3 - 4 times ???

0.1? really? impossible to find a glass of wine for less then 12 bucks these days!

Yeah. House prices boomed and rents are steadily increasing, but hey, airline tickets and eggs are cheap. Therefore, inflation is low. Intuitively it's a shambles.

agree, my favourite bottle of wine hasn't increased for years but I'm talking about bars or restaurants.

I think we need to change the way the CPI is calculated.

The basket is outdated, with a higher proportion of renters now than even 10 years ago, housing costs should take up a bigger slice if he did that he would easily be in the band

Except its only some areas and some houses, but it would be interesting to see what the effect would be. Also the principle of why we have the CPI is to gauge the overall health of the economy, look at the difference between the tradables at -2.1%? and the non-tradeables. So NZ businesses are already in deflation mode and we also have un-employment climbing. That does not signal real inflation now does it.

--edit-- rentals, this does some interesting charts,

The CPI is meant to be consistent with historic data so we can compare and look for trends. Also the last thing you want to be doing is cherry picking data you like to give an answer you like but does not reflect the real world, that is just doing a Ted Cruz.

The Baltic Dry is at its lowest level in 30 years http://www.telegraph.co.uk/finance/12108453/Zombie-ships-send-maritime-f...