Statistics NZ reports unemployment rate of 5.3% in December, down from 6%; But participation rate lower; Annual wage inflation only 1.5%

Statistics NZ reports unemployment rate of 5.3% in December, down from 6%; But participation rate lower; Annual wage inflation only 1.5% 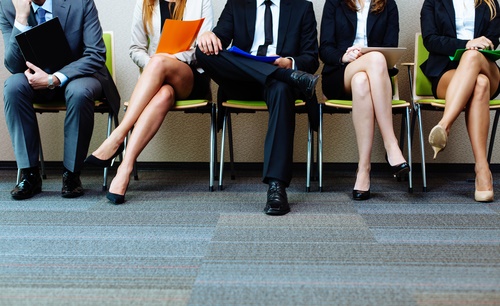 The unemployment rate fell sharply and unexpectedly in the December quarter to just 5.3% from 6%, while wage inflation remained very subdued. Employment grew again after falling in the previous quarter.

According to Statistics New Zealand, the 5.3% unemployed figure is the lowest since March 2009 and comes in the face of market expectations that the rate would have actually increased (average expectation was 6.1%).

However the "participation rate" - the proportion of working age people making themselves available for work, has dropped for the third consecutive quarter, this time by 0.3% to 68.4%.

And wage inflation - something the Reserve Bank watches closely - remains close to non-existent. It rose 0.4% in the quarter, making a 1.5% annual rise.

“This has contributed to labour force participation falling for the third quarter in a row.”

Over the December quarter, employment grew 0.9%, after falling in the previous quarter. This has resulted in annual employment growth of 1.3% - which is close to the RBNZ's forecast of 1.4%.

Annual wage inflation, as measured by the labour cost index, eased to 1.5%, the lowest since the year to the March 2010 quarter. This compares with low annual consumer price inflation of 0.1%.

"While that measure will continue to move around each quarter, the job growth and employment figures for New Zealand continue to be strong relative to nearly all other developed countries.

“This shows that the New Zealand economy is growing well relative to our competitors and that the Government’s economic programme including the Business Growth Agenda, is helping provide employers with the confidence to invest and grow jobs. The Government will continue its relentless focus on encouraging investment to grow more and higher paying jobs for New Zealanders.”

ANZ senior economist Philip Borkin said there was an element of “believe it or not” in the labour market figures.

"To us, that move [to 5.3% unemployment] certainly looks exaggerated, but the details in the rest of survey were generally good (employment rebounded solidly, hours-based measures were strong, and total gross earnings surged), so we’ll run with the spirit. The labour market is improving, and that’s against a reasonably strong labour supply backdrop courtesy of net migration (although the participation rate dipped again)."

Borkin said Stats NZ's Household Labourforce Survey had long had questions over its accuracy given that there have often been cases where large “surprises” such as today’s outcome are thrown up. "Those questions will linger today."

But he said "net on net" the ANZ economists felt the employment data reduced the odds of an Official Cash Rate cut in the near-term - "we’d go so far to say as they rule out March completely" - and favour an ongoing watchful stance from the RBNZ.

"At first glance the Q4 labour data appear strong, but that strength overstates the tightness of the labour market in our view. Employment rebounded, but the participation rate fell, resulting in the lowest unemployment rate since March 2009. However, the fall in the participation rate looks like it might be overstated or a 'statistical' quirk and the ongoing slowing in wage growth also suggests this might be the case.

"It is unusual to have the participation rate fall when employment growth itself has been so strong.  We suspect there still exists a degree of slack in the labour market and that wage inflation will remain slow for some time yet."

Tuffley said the employment rate and the participation rate usually moved together, "so the opposing movements in this quarter’s release are a surprise".

"Collectively, labour participation was surprisingly weak over the second half of 2015, something we will look at closer."

Tuffley said the current lower unemployment rate (which suggests less slack in the labour market and therefore more upward pressure on wages) had not resulted in more wage inflation – over Q4 at least.

"Wage growth lifted 0.4%qoq in the private sector, though fractionally above our expectations when looking to 2 decimal places. Annual private sector wage growth is now sitting at 1.6%, slightly lower than Q3's 1.7%. Private sector average hourly earnings in the Quarterly Employment Survey were slightly weaker than expected, suggesting that labour market slack continues to be present in the market."

The RBNZ, Tuffley said, was unlikely to be surprised by the inflation outlook, and may even take the fall in the employment rate as a sign that wage growth will pick up.

"However, if the participation rate recovers as we expect, we are likely to see ongoing muted wage growth, adding to the already weak inflation outlook."

ASB is still picking that the RBNZ will drop the Official Cash rate from the current 2.5% to 2% later in the year.

Does the lower participation rate throw any doubt on the actual rise in people employed?
Smoke and mirrors comes to mind.

Indeed.
Some questions also present themselves if we consider the record rates of net migration, also.

if you factor in the immigrants that would explain the participation rate falling but not the unemployment
rate as they mostly would be ineligible
ie as we have more people, the amount in work becomes a lower percentage, but as immigrants not working can not claim they are not counted as unemployed so that figure does not rise.

On "RNZ" news they said demand for hospitality and tourism jobs had increased 12% but the number of positions had increased 2%. An ETU union rep said the jobs were going to Chinese and Indians. This trend can be seen in the tourist industry where there is a mushrooming of Chinese dominated bus companies (Reach, Alps, Sky Tours, World way, Kia Ora plus vans and small operators towing trailors).

Really keen to understand two things - 1. What are the reasons for the decrease in the participation rate; and, 2. what types of jobs have been "created" recently? I.e. Part time vs full time, in what sector? Are they seasonal? This reminds me of that old adage ..... "If something looks too good to be true, then it usually is."

The regular Stats factotum who cooks the books for the RBNZ is on holiday and the keen young grad holding the fort had not been schooled in the Dark Arts.

I'm mid 40's and I've quit my job, sold up and gone country. My wife volunteers at a couple of organisations and I'm renovating an old bungalow. We got tired of the treadmill we felt we were on, working long hours to pay a mortgage and not getting ahead. I have friends who have quit the rat race and gone 'alternative', and I have relatives who live full time in a bus. There is a fair bit of disenfranchisement out there, at least within my circle of friends and family.

Looks like I'm a couple of years older than you but a year ago I decided on something similar. Its just an age thing, you see your life flying past and your just wasting years of it working and going nowhere. There is more to life than working till you retire, or hopefully retire if your lucky to live that long. Am still in Auckland but made decisions in my life that has allowed me to pay off the Mortgage, once you have this monkey off your back your whole life changes.

so if the government wants inflation and house prices to cool they could tighten the lever called immigration.
they wont instead they will moan at the RBNZ for not conjuring it up