The Interesties 2014: Roll out the red carpet, put your glad rags on, and read on because our annual awards are back

The Interesties 2014: Roll out the red carpet, put your glad rags on, and read on because our annual awards are back 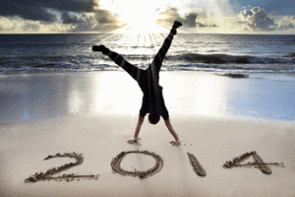 The decorations are up, children are excited, the shopping malls are busy and it's raining. Must be Christmas time. Again.

And given the time of year, our annual Interesties Awards return in a light hearted look at the events and people that made our news this year.

As ever, we welcome your comments (and additional awards) in the comment thread below. If you want a rerun of 2013's Interesties, you can see them here. And all our annual Interesties can be found here.

Here's wishing all interest.co.nz readers a very Merry Christmas, plus plenty of affordable housing and sustainable, environmentally friendly wealth in 2015. And thanks for your support during 2014.

Best flat as a pancake impersonation - The gap between one and five year rates on the NZ interest rate swap curve, which got as small as 26 basis points this week.

For services to the monopoly board game - The Commerce Commission for approving IAG's takeover of rival insurer Lumley in a deal that gave IAG just over 50% share of the overall insurance market, and 66% of the home, contents and vehicle insurance market.

The Johannes Gutenberg award for services to printing presses - Japanese PM Shinzo Abe for the second straight year. And in advance he can have the 2015 award now too given the Bank of Japan's 80 trillion yen per year "Abenomics" money printing programme.

For services to the electronics industry - ASB for offering TVs and playstations with home loans.

Best impersonation of a stone dropped in water award - The oil price takes this gong, just ahead of dairy prices and the Russian rouble.

The David Copperfield disappearing award - Jointly awarded to the Government's much hyped surplus and inflation.

The how the heck did it survive another year award? The euro-zone. Again.

Most honest speech by a politician - Internet Party founder and funder Kim Dotcom on election night. "We lost because of me. I take full responsibility for this loss tonight because the brand Kim Dotcom was poison." See the full speech here courtesy of TV3.

Most over the top speech by a politician - Labour Party leader David Cunliffe comfortably wins hands down, it's just a question of which of his speeches you choose. I'm going with the bombastic election night effort. Did he not realise the party he led had just suffered a crushing defeat and as leader he was a dead man walking? Here it is, again courtesy of TV3.

The Teflon man, nothing sticks to me award - John Key. Mud was thrown at the PM from all quarters, especially during the election campaign. But he cruised to a third term with high personal popularity ratings.

For services to the National Party - Nicky Hager for the undoubtedly unplanned assistance his Dirty Politics book provided towards National's re-election.

Biggest targets painted on foreheads - Landlords who own several properties. See the Reserve Bank's plans for them here.

For effort in attempting to prevent would-be first home buyers from gearing themselves up with 95% mortgages - Graeme Wheeler.

For reining in Auckland's out of control housing market for nine months of the year - Graeme Wheeler and the RBNZ.

For offering no assistance to Wheeler in reining in the Auckland housing market - John Key.

The over promising and under delivering award - Len Brown and Nick Smith for the Auckland Housing Accord. Just 354 consents issued for the special housing areas in the first year of the Accord. That three-year, 39,000 target looks a long way off.

Property quote of the year - "People can't live in a consent." From Labour's Phil Twyford.

The most self serving award - The real estate industry for bemoaning how dreadful the RBNZ imposed LVR restrictions are.

The please give us a Labour government award - The Wellington property market.

The one issue, drum banger award - Shared between "peak oil" Steven and "interest rates are going to fall" MortgageBelt.

Someone probably told me this before but I sent all my memory enchancing fish oil to JK as a Christmas present....

And, in his previous incarnations, wrote the RMA and the LGA 2002. Nuff said.

cowboy: the what this means to me award.

JK not around the next week, so the whole routine gets replayed....

up the voice of the south...

Hi Henry - you're recognition is welcome, thank you - I sincerely return the compliment - your telling retrieval of farming intel matters makes a difference to me and I suspect many others. Merry Xmas and a Happy New Year.

Thank you Henry. I agree with Stephen - your posts are much appreciated and I find add another dimension to debates.  Wishing you a safe Christmas and I look forward to reading your posts in 2015.

Henry, you're a champion, keep up the good work. Have some fun, watch out for  men in black.

figure that it's best to post the real effects on whats happening at this spot.  Anything else would be speculation, and its surprising how few people comprehend the flow on detail for the policy decisions... or not surprising, if one considers that from farms and housing the only feedback is from media and special interested groups.
If I give actual detail and enough of it people can realise the effects of whats going on and begin to understand it.

For Sky high investing, this is a piece of cake. And they want you to eat it, all up.

Inflated costs by inflated egos. Personally I think they should have enough loot, themselves, they have been coining it for years.

Suggestion, maybe the Taxpayers could be looted for this purpose, via our dear 'Leader'

(Disclaimer..Not me...I have a warped Ego, I only bet on certainties, these days).

Re the money printing award for 2015, don't discount China to challange Japan on the home straight if housing/investment were to deteriorate at levels too uncomfortable to for the CCP.

Bitcoin should have got a nomination for Best impersonation of a stone dropped in water.  Started the year as the next big thing to revolutionise finance. Then disappeared from the media and the value is down over 60% for the year.

The most quoted journalist award:

The Whatever Happened to? Award: PDK and Hugh Pavletich.

I liked your last 'Missing-in-action' sentence.

I must have missed something - please tell me what happened to Wolly? I miss him.

Anyone who still needs their dose of Hugh can find him still banging the drum at kiwiblog and stuff.co.nz (as Paulson but you won't need any help working out which are his comments).