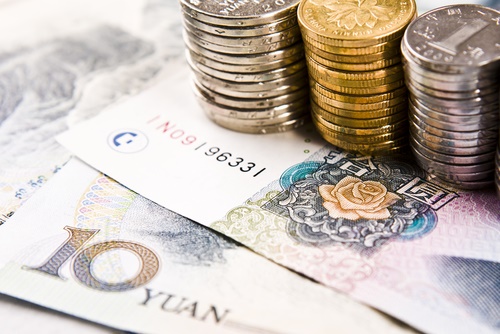 In December 2014, the Reserve Bank of New Zealand (RBNZ) expanded its preferred measure of the New Zealand Dollar. From an existing five-country basket, the Trade Weighted Index (TWI) now includes the currencies of 17 different countries. The TWI-5 was based on out-dated historic weightings of NZ’s key trading partners.

Unsurprisingly, the new entrants were almost entirely Asian currencies. As the name implies, TWI assigns a currency weight proportionate to that country’s importance as a trading partner for New Zealand.

Importantly, the change addressed the elephant (or, more accurately, the dragon) in the room: the exclusion of China. With its increasing importance on the global stage, and to NZ specifically, the exclusion of the Chinese Yuan (CNY) from the TWI made little sense.

This has rather important policy implications. The level of the TWI is an important input into the RBNZ’s decision-making process when it comes to setting the Official Cash Rate.

Conventionally, during an economic upturn, a rising NZ TWI would dampen inflation, thereby reducing the need for interest rate hikes. In decades past, the RBNZ even formally referred to a combination of the level of interest rates and the exchange rate as the ‘Monetary Conditions Index’.

Through the TWI, the performance of the CNY will have a strong bearing on the path of NZ’s interest rate policy. However, its impact is currently being curtailed by strict exchange rate controls. In particular, the level of the USD/CNY is set daily by the People’s Bank of China, and its allowable trading band is currently 2.0% around that daily fix.

For New Zealand, this has the ironic effect of reinforcing the USD’s influence on monetary policy. Thanks to CNY’s peg to the USD, NZD/CNY tends to very closely follow the path of NZD/USD. The combined weight of USD and CNY in the TWI is 32%, which means US influences have an outsized impact (relative to trade weight) on RBNZ policy decisions.

Over the coming few years, this is set to change. Improving the global standing of the CNY is one of China’s top policy priorities. A necessary condition is loosening the exchange rate controls. Currently, China is in the process of gradually widening the band in which CNY can trade. Ultimately, in order to gain full acceptance by international investors, China will have to let the CNY float freely.

Imagine a sudden, country-specific, negative shock to the Chinese economy. NZD/USD will fall, thanks to broad risk aversion (the NZD is generally perceived as a risk-sensitive currency), as well as fears regarding NZ’s direct economic exposure to China. With a tight USD/CNY peg, NZ TWI will likely fall, too, providing some measure of relief to the NZ economy.

Now imagine the same scenario, but with a freely-floating CNY. NZD/USD will still fall, but NZD/CNY will likely rise, since the shock is specific to China. The NZ TWI would fall less than in the previous scenario, and could even appreciate overall, exacerbating any trade-related pain. In this scenario, more so than the last, the RBNZ will be called upon to lower interest rates to help support the economy.

How about a rosier picture? A sudden surge in Chinese economic growth spurs higher Chinese demand for NZ products. The NZ economy picks up its pace, which would create inflationary pressure in itself. The RBNZ would be inclined to raise rates in this environment. With a free-floating CNY, NZD/CNY would fall, as the positive shock centres in China. The NZ TWI would rise less than under a fixed CNY regime, meaning that imported inflation would rise faster. As a result, the RBNZ may be forced to raise interest rates more quickly than it otherwise would have.

NZ’s strong trade links with China already mean that policymakers will need to keep a careful eye on the Asian giant’s economic health. In the future, they will need to bear in mind that, thanks to the currency channel, any shocks in China may provoke an earlier and/or more aggressive policy response.

*Raiko Shareef is currency strategist at BNZ. This is part of our regular weekly series focused on understanding the challenges and opportunities for New Zealand in our trade with China.

"How about a rosier picture? A sudden surge in Chinese economic growth spurs higher Chinese demand for NZ products. The NZ economy picks up its pace, which would create inflationary pressure in itself. The RBNZ would be inclined to raise rates in this environment. "

That's what they did last time.
Which resulted in the NZ economic growth that should of happened never saw a cent of the promised land and the "anti-inflation" measures just sent the mid and lower parts of the economy into a stumble.

What was needed, if you want fiscal responsibility, is a finer tuned model that actually identifies it's differentiate parts (ie poor; debt loaded; balanced; debt free; rich) and put in action plans to maximise the benefit of the incoming funds.
Yes, its hands on...but so is indiscriminately stealing everyones money and trying to crash our economy for no other reason than "you were just doing your job, heil"