Gareth Vaughan argues it's time to ban offshore trust and company service providers from NZ activities, licence local ones, and hold them to account if their clients break the law

Gareth Vaughan argues it's time to ban offshore trust and company service providers from NZ activities, licence local ones, and hold them to account if their clients break the law 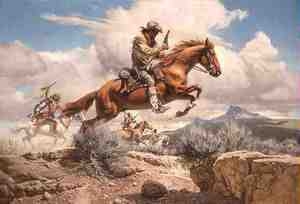 Imagine this. You live in Cyprus, Delaware, Israel or on the Gold Coast and run a business that provides a service registering companies and trusts, and can help arrange nominee directors and shareholders for these companies for your clients. You have a Russian, South American, Middle Eastern or Chinese client who wants to incorporate a company they can operate away from the prying eyes of the regulators and authorities in their homeland.

Have I got a deal for you, you say. I can set you up a company in New Zealand, yes that country down near Australia that no one has a beef with, very quickly and cheaply. I can easily find you the required nominee director and a nominee shareholder, and heck if you want, I can even get it registered on NZ's Financial Service Providers Register (FSPR). This FSPR registration will enable the client to promote their company as a registered NZ financial service provider, which people overseas will naturally take to mean it's actually regulated by NZ authorities when it isn't.

Sound ludicrous? Well, unfortunately it isn't. Reality is often stranger than fiction, as the saying goes.

Company agents, or trust and company service providers, based all around the world are able to establish NZ companies for clients who are also based all over the world. It costs just $150 to register a NZ company, and NZ is ranked number one by the World Bank for starting a business because it's so easy.

"Starting a company online (incorporating) is as simple as reserving your company name ($10.22), completing the incorporation application ($150) and returning your signed consent forms," the Companies Office boasts.

As I detailed in this article last year, co-authored with Richard Smith of Naked Capitalism and NZ freelance journalist Denise McNabb, there are numerous trust and company service providers dotted around the world offering to establish NZ companies, trusts, financial service providers and limited partnerships for clients. One of them, of course, was Mossack Fonseca, the company at the centre of the Panama Papers scandal.

The Companies Office, which sits under the umbrella of the Ministry of Business, Innovation & Employment (MBIE), does not have any oversight of trust and company service providers, or company agents, based offshore. And nor does the Companies Office have arrangements with overseas company registration authorities to monitor overseas based trust and company service providers.

As reported by interest.co.nz in March, the Financial Markets Authority (FMA) has received 340 misconduct reports from overseas about companies registered on NZ's FSPR from 83 countries and territories since it was established in 2011.

But the problems still stretch beyond the FSPR some eight years after the NZ registered SP Trading Ltd leased a plane to carry 35 tonnes of North Korean weapons to Iran in contravention of United Nations sanctions.

To scrape the tip of this ongoing iceberg, a NZ company was used to swindle 23,000 Malaysian investors out of NZ$26 million, another (Fennas Finance Ltd) was at the centre of a scheme that illegally pooled funds from European investors and deposited them in an account at NZ's biggest bank. There's also the issue of companies the FMA deems too dodgy to remain on the FSPR, but that the Companies Office allows to remain as NZ registered companies.  And what about Ian Taylor, one of the infamous Taylor family that - as company agents - helped establish SP Trading, who appears to be still providing his services to a series of shall we say "curious" NZ registered companies?

But, hey it's not just overseas company and trust service providers who have dodgy clients. Some of the local ones do too. Auckland law firm Cone Marshall, for example, effectively had disgraced Brazilian politician Eduardo Cunha, who used a New Zealand trust company to hide millions of dollars in bribes involving the state-run oil company Petrobras, as a client.

Since the FMA's formation, Parliament has enacted the Financial Markets Conduct Act. Under this a whole series of professions, including auditors, financial advisers, fund managers and derivatives issuers, now require licences from the FMA with "conduct" very much a buzz word in focus.

Why is company formation still in the Wild West?

But why is it that this strengthened oversight has left one of the key foundation stones of the business scene and our economy - company formation - in the Wild West? Why can almost anyone anywhere in the world register a NZ company when licences are required to do almost anything else?

Of course no oversight regime is immune to mishaps. One obvious loophole is an overseas companies agent using a NZ based affiliate to get its clients NZ registered companies. This has, of course, been done before. One such example is Israel's Archer Consultants. As reported by interest.co.nz in 2015, Archer used the Napier-based Acura Business Solutions, run by Deborah Jeffares, to help get its clients registered in NZ.

And what about individuals wanting to establish a company on their own, without paying an agent to do it for them? I'm not proposing to block this. This should remain possible, but be limited to NZ citizens. There should be a requirement to sign off a disclosure form confirming the individual registering the company is doing so for their own use with penalties in place if this turns out to be a lie. Again, there's still scope for manipulation and misuse and I don't pretend to have all the answers. But something needs to change.

Back when SP Trading was in the news Ian Taylor told media the role of the Taylor's GT Group was simply to incorporate the company and act as its registered agent at the behest of a client based in the United Kingdom. It was not responsible for, and had no knowledge of, what the company got up to. That should not be good enough.

There should be provisions in the licences for the licence holders to be held to account for illegal and amoral activity (such as gun running) by their clients. This would serve as an incentive for those offering company registration services to be confident their potential clients weren't crooks. And from MBIE and the Companies Office we need some real oversight, not just box ticking.

Scenarios like John David Beckett, or Lord Taylor of Warwick, being a director of the NZ registered Vivier and Company Ltd between September 3 and November 23, 2014 shouldn't be allowed to happen.  A member of Britain's House of Lords, he was jailed in 2011 for false expense claims, and disbarred in 2012 for “conduct discreditable to a barrister." A simple Google search would've detailed Beckett's misdemeanours.

Ultimately licensing company agents might just be one way of slowing down the exploitation for nefarious purposes of NZ's soft touch company formation and oversight regimes, given such exploitation remains in rude health and continues to stain this country's name overseas.

Can we start with the four major banks ... that would put 10 billion or so back into our local economy for a start.

Can we stay on topic, issue here is nothing to do with the major banks who are licensed and regulated.This is about cowboys and crooks with sweet fa regulation constraining them (in fact, our system giving them credibility). Serious improvement needed.

Hells to the yes. Why are we throwing away our real economy and a reputation for low corruption (a wholly undeserved reputation at this point) by pandering to a variety of scummy crooks, for negligible benefit or return.

Yeah, no idea why this just continues and continues. The longer it goes on - the more dodgy (as opposed to just plain incompetent) we look.

Because it inflates one's own portfolio in the short term?

At the ultimate expense of one's countrymen in the future...but hey, that won't affect on as an individual particularly, so who cares.

"In a time of universal deceit - telling the truth is a revolutionary act." It would be nice to know if a New Zealand company was just that, not a shell company for tax avoidance or cash dumping for its benefactors.

I'm sure accountants and lawyers enjoy the billable hours generated through setting up companies and trusts to help foreigners avoid tax. This foreign cash sloshing into the economy surely benefits the government's coffers and therefore us, the public, right? Sadly I fear the government sees next to nothing from this inflow of foreign capital. If anything key bureaucrats are using current laws to solidify their own financial interests.

Being wealthy and/or powerful isn't a bad thing in itself. Many wealthy people understand without society they would not have, materially, what they have today. Many high income earners are happy to pay tax, believing through taxation they are giving back to society. Concerning the laws governing these tax havens, it seems many from the professionals who benefit from tax havens are the people who write the laws/regulations governing them.

So long as the poor old tax payer doesn't carry the ever increasing regulatory and compliance costs.

There is no reason for our government to provide such company registration services to any crook anywhere in the world, when all they need to do is sit down at their keyboard and tap it out.
We should just stop it dead.