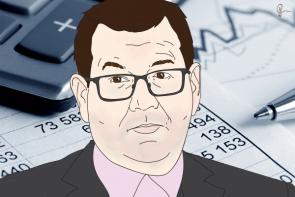 Capacity constraints, prudence and wellbeing will unsurprisingly be the themes that resonate through Treasury's Half Year Economic and Fiscal Update (HYEFU) and Finance Minister Grant Robertson's Budget Policy Statement to be released on Thursday.

Treasury’s HYEFU is expected to show that the Government’s books will remain in good shape over the next five years.

The Crown posted a larger than expected operating balance before gains and losses (OBEGAL) of $5.5 billion in the year to June 30, as its tax revenue grew faster than its expenses.

However, because part of this impressive headline figure was caused by the Government not being able to spend its money as quickly as planned, ANZ economists, Sharon Zollner and Miles Workman, expect the Government to play catch up in the next year.

Accordingly, they believe the forecast OBEGAL could turn south in the short term, partly as this 2017/18 underspend is pushed out into 2018/19.

Because fiscal stimulus is expected to keep the economy buoyed as some previous drivers of growth (IE major upticks in house prices and immigration) drop off, I will be keeping an eye on the extent to which Treasury believes capacity constraints will hamstring the Government’s spending plans.

According to the Reserve Bank, New Zealand’s output gap is at zero, meaning the economy is producing everything it can without generating above trend inflation.

The unemployment rate is also rock bottom, so firms are struggling to find suitable labour.

Residential investment is a good indicator of the effects of capacity constraints, so I’ll be watching how this graph from the Budget Economic and Fiscal Update (BEFU), released in May, changes in the HYEFU released on Thursday.

I will also be paying attention to what Treasury has to say about when KiwiBuild will kick into gear.

Treasury between December 2017 and May 2018 halved its forecast of the additional residential property investment that would come from KiwiBuild in the five years to 2022.

In the May BEFU it said: “This activity is not lost, but instead a greater proportion is assumed to occur outside the forecast period.”

Given Housing and Urban Development Minister Phil Twyford slammed Treasury at the time for supposedly not understanding how KiwiBuild works, an update to this table will be one to watch.

However with a more dovish Adrian Orr taking the helm at the Reserve Bank, interest rates look to stay lower for longer.

In fact, with interest rates on New Zealand Government 10-year bonds below those of the US, Kiwibank economists Jarrod Kerr and Jeremy Couchman say, “Our Government could issue a 30-year bond below 3% – a historically low rate that should inspire long-term thinking and investment.”

Kerr and Couchman are among the commentators critical of Robertson for holding the line on his Crown debt reduction targets, suggesting he’s missing an opportunity to borrow cheap money to plug the country’s infrastructure deficit.

However, even with net Crown debt recently dipping below Robertson’s 20% of GDP target, and picking back up to 21.1% as at the end of October, he is unlikely to budge.

The Budget Responsibility Rules are glued too tightly to ‘brand Robertson’ for them to be ditched.

Robertson has also been criticised (largely by the Opposition) for being supposedly disingenuous about his debt reduction commitments by taking out more off-balance sheet debt through Crown entities.

Treasury in the BEFU forecast Crown entity debt to increase from 0.5% of GDP to 2.2% of GDP in 2021/22, as Housing New Zealand and Crown Infrastructure Partners were expected to borrow more and the New Zealand Transport Agency enter into further public private partnerships.

But as this graph from the BEFU shows, even if more off-balance sheet debt is taken out by crown entities and state-owned enterprises, gross debt is still trending down and isn’t near any sorts of dangerous levels.

The pinch however with taking out off-balance sheet debt is that it costs $3 million to $6 million more for every $1 billion borrowed.

So, it’s worth keeping tabs on whether doing so can be avoided. Treasury for one advised Twyford not to allow Housing New Zealand to do so earlier in the year.

Robertson will on Thursday outline his five priorities for Budget 2019 – his first “wellbeing budget”.

The Government has committed to using a framework created by Treasury to formally look beyond economic indicators when making policy decisions.

Robertson says this will see spending to improve mental health be one of his top five priorities.

While he will unveil the other four on Thursday, he says they’ll be related to improving “intergenerational wellbeing” and ensuring the economy is “fit for purpose for the 21st century”.

ANZ’s Zollner and Workman maintain, “An increased emphasis on wellbeing is likely to feature [in the HYEFU], but this is more of a lens through which to assess the Government’s priorities than something that will impact the aggregate numbers.”

Nonetheless I believe the difference in approach will still be noticeable in the way the numbers are presented and funding is allocated.

Robertson has said he is “outcomes” driven. We know an outcome he’d like to achieve is improving mental health.

So I believe we'll see him start using a multi-pronged, cross-ministry approach towards achieving this.

Other than convincing the public his approach isn’t full of fluff, Robertson’s other challenge might be getting government departments to work more closely together to achieve his designated “outcomes”.

While there’s been a lot of high-level talk about wellbeing, I’ll be looking for details to better understand what it actually means on Thursday and in the lead-up to the 2019 Budget.

Robertson’s other challenge might be getting government departments to work more closely together to achieve his designated “outcomes”.

Indeed. Gubmint is heavily silo'ed, and there will have to be a lotta C-suite meetings, at the best catering establishments mais naturellement, to coordinate a PR release for the first working group to begin to study the logistics of and terms of reference for, such cross-silo action. Not to mention choosing suitable venues and catering options for further meetings, training partners and consultant advisors for the staff culture changes needed, initiating talks with the always-stroppy public-sector unions re job demarcation, relativities and other employment arrangements, and work through a long list of other prerequisites to real action.

2021 earliest for much to get done, by which time (some will be hoping) it will all have just gone away and they can settle back into their comfortable and well remunerated niches and carry on as before, knowing that another fad will soon arrive. More meetings, more catering, more change management....sigh, a public servants' life is Sooo rewarding.

Why do government accounts not use standard accounting concepts like debt to income ratio? Debt to GDP is a completely different concept.

"Yes, Minister, but we don't want the general public to be able to compare us with a well run business do we now."

THAT perspective sounds like something the John Key fanboy club would say to themselves each morning before going out to spit on homeless people. It is infact, what led to the previous bankster led government spending 9 years convincing us that its fine if people are living in cars as long as the social services that ought to be preventing that disgrace keep their departmental costs down, or even better deliver a profit which can make the govermment look like its competant at running a business. Government is not a business, it is the process of administering the society we live in. People before profit.

New Zealand is relatively unique in that the Crown accounts are to GAAP (same as public company requirements) and are audited on that basis. Few countries do that and we were the first to do so way back (thank Roger Douglas).

You can find the audited accounts here. (see p30) They are the real deal.

But just like company boards who like to report those results in a way they think is "effective" (and use terms and constructions like 'normaised EBIT', 'from continuing operations', even EBIT or EBITDA), the Governments of the day like to compare their results to GDP. It's a management issue.

But give them credit for producing the underlying accounts to GAAP - in fact even local authorities are required to produce audited GAAP acconts. Recent immigrants tend to assume NZ produces its public accounts in the same manner used in their home countries - just not so.