ANZ follows rivals with reductions to some credit card purchase interest rates, however most banks still have cash advance rates above 20%

Personal Finance
ANZ follows rivals with reductions to some credit card purchase interest rates, however most banks still have cash advance rates above 20% 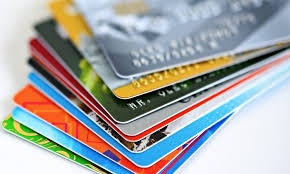 This means the purchase interest rate for ANZ Visa customers will drop to 13.90% per annum from September 16 from 20.95%. The annual fee remains the same but will be charged in two six-monthly instalments of $17.50, rather than an annual payment of $35. ANZ's also making changes to the interest rates charged to users of its low interest and low fee business credit cards, see below for detail. However, interest rates on all other ANZ credit card products, such as Airpoints and Cashback, are unchanged. 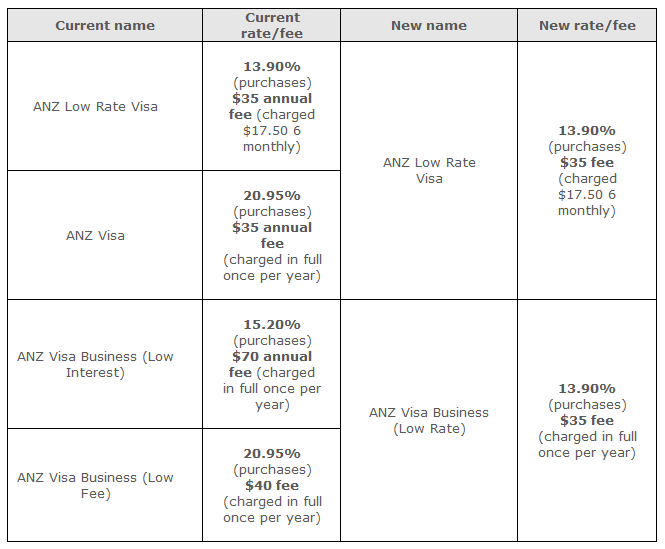 Reductions to credit card interest rates have been a long time coming, with broader interest rates having been on a steady downwards trajectory over recent years and new competition emerging from the likes of peer-to-peer lenders and buy now pay later service providers.

ANZ's move comes with most other banks having already moved to reduce at least some of their credit card purchase rates. Notably Kiwibank did so in June, dropping both its purchase rate and cash advance rates as low as 9.95%.

Among the other big banks, ASB has a "Visa light" purchase rate of 13.50%, while both BNZ and Westpac have a "low rate" of 13.45%. Interestingly both TSB and SBS have purchase rates of 18.50% for their respective credit cards. In contrast The Co-operative Bank charges a "fair rate" of 12.95%.

Personal loans tended to be 18-19% not too long ago. I'm wondering if banks are actually feeling the pressure from competition with their rates dropping on the highly profitable part of the market.

Why do we entertain these monster foreign owned cartels rorting our entire trade surplus.

The only worthy news would be a report that their profit has been reduced to less than a $1 billion amount, thereby helping the NZ economy to survive this massive Foreign owned Rort .

Its basically pre=approved credit so even 13.9% is far too high.

In the regime of negative interest rates, should they not completely waive interest for those who pay off the dues in full each month ?

Purchases are already interest free if you pay the bill in full before the due date.
If you are paying interest on credit card bills you are doing life wrong. (Unless you are using one as an emergency fund, and you just happen to have had a real emergency).

Many people don't have the luxury of using the credit cards correctly, to save on interest and maximise the benefits. Real world situation.

You're right, but sadly more and more households are stretched beyond current living costs, which are dominated by cartel practises.

Ever heard of large unexpected expenses on essential ideas; like car blowing up, health problems, loss of job. If you haven't, its time take your head out of the clouds, and inhale a dose of reality on how a significant portion of the working class exist. Sure financial literary isn't their strong point, and neither is discipline, but these are very difficult to teach.

Chris Faafoi is going someway to reduce the profiteering of finance companies, who in turn will have to sharpen their pencils to stay in business. This will force the banks to reduce their margins also.

Happy holidaying in your deck chair. Better try a different pair of sunglasses however.

Right, but h'holds have been trained to believe 'money in the bank' is dead money. While that is becoming more real by the day, it's not in the way that banks expected it to be.

If you read my first comment, i specifically mentioned "(Unless you are using one as an emergency fund, and you just happen to have had a real emergency)."

That is a valid use for a credit card, but you need to be able to pay it down once you have clocked up the emergency spend. Ie, it gives you time to move money from an illiquid savings/investing account/scheme to pay it off.
The rest just comes down to keeping your essential spending below your level of income, and cutting out the luxuries when you need to.

Whilst pragmatist is correct that paying cards off eliminates interest , it is a simple matter of fact that interest of 20% plus was an usurious amount. That the banks have come down to 14% still represents an interest rate far above what the banks are prepared to use for mortgages. and even farther above what they pay on deposits. In addition the fees and penalties imposed for any indiscrection make the actual interest rate exorbitant in the current financial climate. No plaudits for the banks here. Well overdue and still insufficient.

Whilst it is good to see these rates dropping, borrowers can access a wide range of personal loans for much less. And by making regular repayments, rather than rolling over month to month they're going to actually get out of debt, rather than be trapped in a permanent cycle of minimum repayments. Just take a look at the P2P lenders rates, some as low as 6.69%. And even normal second tier finance companies like www.prontofinance.co.nz have rates at 11.97% which is less than almost all credit cards. And at least with these types of debt you're getting principal and interest payments so the borrower is making progress each month.