BNZ makes further cuts to both home loan and term deposit rates, and resets its Standard mortgage rates lower across the board. The pace of reductions isn't slowing

BNZ makes further cuts to both home loan and term deposit rates, and resets its Standard mortgage rates lower across the board. The pace of reductions isn't slowing 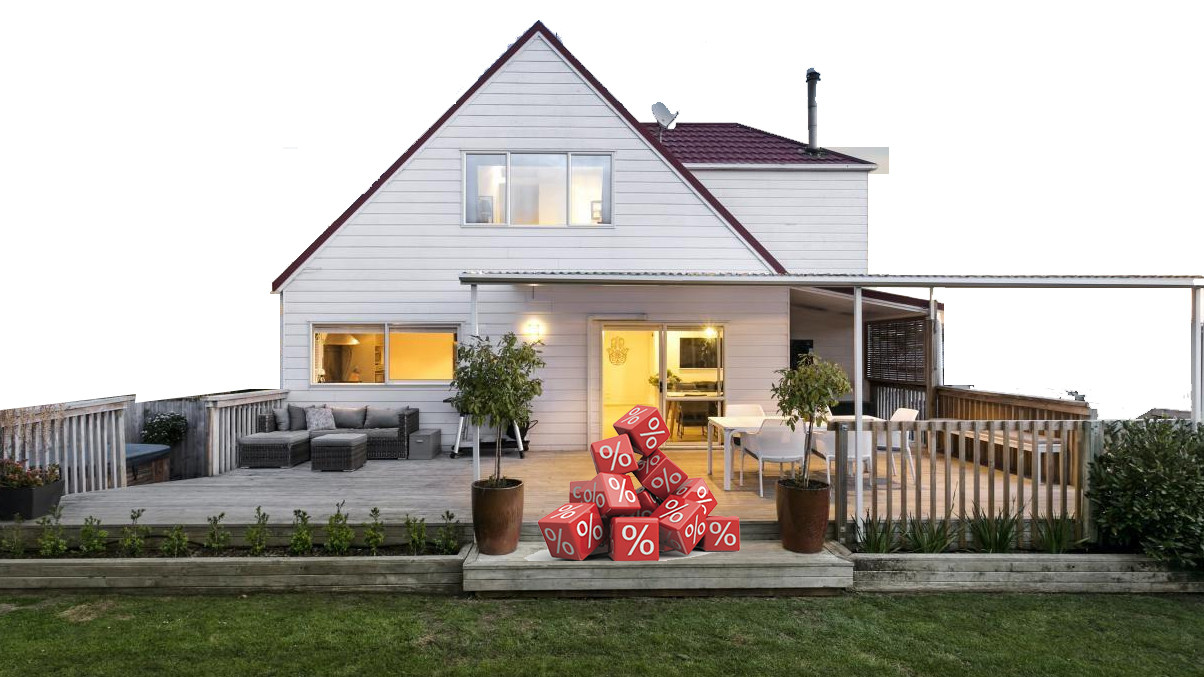 Things are getting "interesting" on the home loan front, - and getting grim on the savings front.

BNZ is back with more rate cuts.

This time it is targeting its 18 month fixed, and two hear fixed offers.

That means that the BNZ 18 month offer is the lowest offer by any main bank for that term.

And their new 2 year Clssic offer is equal lowest with ASB among the main banks.

It also means there is touching distance with the absolute lowest offers for both terms, both from HSBC at 2.65% for each fixed term.

Away from the low-rate tight forwards, the BNZ Standard rates are dropping as well. Up until now, BNZ has not passed on the lower rates in its Standard card. That mean't that borrowers who couldn't meet the 20% equity threshold were essentially out of play for them.

We featured that issue yesterday here.

And these cuts aren't small. To get them back in line, they have taken -36 bps from the Standard one year rate and -70 bps from their Standard two year rate. Other terms have been dealt to similarly.

And "the bank for New Zealand" has trimmed term deposit rates at the same time - again. These cuts line them up below most of their rivals, but interestingly they haven't been as aggressive as ANZ was on Tuesday. All the BNZ term deposit rates from nine months and longer are at 2% or higher, giving their offer a small premium over ANZ. But that is where the 'good news' stops. You will recall that BNZ last cut its term deposit rates just three days ago and their new rates now set them below ASB, Kiwibank, and a large part of the Westpac TD rate card too.

BNZ and HSBC are the only two institutions who have all fixed rates from one to five years below 3%.

We should also note that fund manager Simplicity reduced its floating rate for its FHB member mortgage borrowers to 2.50% today. They say that just "180 names have been drawn" in their FHB member home loan ballot so far.

One useful way to make sense of these new lower home loan rates is to use our full-function mortgage calculators.

In addition to the above table, BNZ has a unique fixed seven year rate of 5.20%, which is unchanged in this update.

This is probably as much to do with cannibalising each other, and in the process trying to improve book quality - trying to poach the 20%+ equity holders, as it is about 'new' lending.
For those that move the fastest and most aggressively it might work. But for the laggards, they'll be left with the lesser quality loans, and that could prove problematic for their Bad and Doubtful Debt ledgers in due course.

I can only speak for myself. Not to mention figures, but considerable. Will not be reinvesting in such low TDs. I am in the process of moving the money offshore. I can put the money into an existing account for better returns in the USA and come out considerably ahead over the next 5 years. The only purpose of mentioning this is there could be a capital flight from NZ banks therefore possibly reducing the $NZ further? I guess the Govt will just keep printing money like the USA in order to prop up the equity and housing markets? In which case I am way better off having the money away from NZ in this climate.
And no, I will not be investing in the NZ property market at current valuations. Interesting times indeed.

Probably a TD holder disgusted with the new rates:

Funnily enough, BNZ wouldn't budge on their one year rate. I asked them via my broker if they would match Kiwibank at 2.65% or match their two year rate of 2.69% to no avail. I'm in a strong equity position as well with an LVR of 40%. Waiting to see what unfolds this week before re-fixing again.

60% equity puts me in a pretty comfortable position IMO.

You need to switch banks! I've always had ANZ match any of the other 3 big banks + Kiwibank rates. Obviously they wouldn't match HSBC etc. but definitely Kiwibank.

Yeah I found it quite odd, but the broker said he's seeing rates everyday so expects them to drop soon. Thought about giving them a call myself to see if I can be more persuasive.

When the tide goes out, you shouldn't go further out into the sea..

Wait till the rates start with a 1

Interest rates are as much about the worth of money as anything. You could loan me 10 shells, and you probably wouldn't expect much back in interest because they're just worthless shells from the beach (which once upon a time were used by humans as currency).