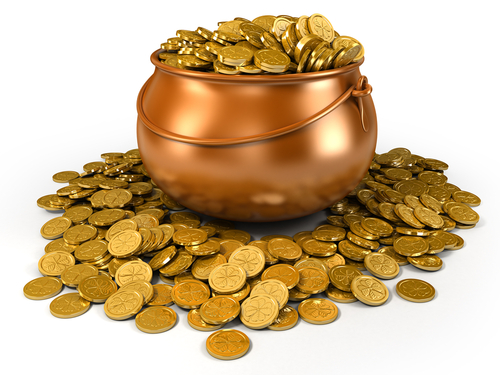 New Zealand Inc, as measured by household financial assets, had a strong 2013, according to new figures released by the Reserve Bank.

Liabilities rose a bit too, though, with the 5.66% increase to a new high of $202.798 billion (most of that is mortgages) being the biggest percentage rise since that seen in 2007 during the height of the last housing boom.

But the rise in assets was faster and led to a thumping 38.96% increase in net financial assets to a new record figure of $62.512 billion. That beats the previous high water mark for a calendar year of $54.307 billion in 1999.

Before anybody gets too carried away, however, it is worth throwing in the fact that the figure for 1999 would, according to RBNZ's inflation calculator, buy goods to the value of around $77 billion now, while the net figure as of 1986, at $51.677 billion, would buy goods worth over $103 billion now.

Still, the latest figures represent a strong bounce back from the position in 2008, when - courtesy of the global financial crisis - the household net financial assets had shrunk to little more than $12 billion.

For those who reckon such figures are meaningless without house values, the house value figures for the full 2013 year have not yet been released. However, as at September, house values were given as $708.146 billion, up 10.3% from September 2012. The net equity in those houses was given as $521.93 billion, up a touch under 12% compared with 12 months earlier.

A key figure the Reserve Bank follows, with some concern, is the percentage of household financial liabilities to disposable income.

The household liabilities first hit 100% of disposable income in 2000 before rapidly climbing to a peak of as much as 153% of disposable income in 2010. The figure then dropped as low as 142% as households reined themselves in following the GFC, but the ratio has been rising again recently and stood at 147% at the end of 2013, up from 145% in 2012. This ratio could be expected to increase now that set household commitments - through higher interest rates - are going to begin rising again.

The RBNZ will be watching.

For those whose glass is half full, however, a more jolly figure is the ratio of household assets to disposable income, which hit 192% at the end of last year, up from 181% in 2012. In the sharemarket fuelled glory year of 1986, the ratio actually hit 197%.

On the latter figure, it is worth noting that "other" superannuation investments stood at $22.787 billion, virtually unchanged from their value in 2007. The big difference in the overall superannuation figures has come from the rise from nothing in 2007 to a figure of $19.955 billion invested through KiwiSaver as at the end of 2013.

If you took away the nearly $20 billion automatically stashed to one side through KiwiSaver, the household finances as of the end of 2013 wouldn't look anywhere near as rosy.

Yip, things are good for the average Joe like me.
I have money in the bank, neglible debt , and feel quite confident about the future .
The economy is growing , our house is worth more than last year , our investments and my Aussie Mining shares and Woollworth shares are doing just fine . My dog is still happy to see me , and the snapper season has been brilliant.
I am mostly  okay with John Key , but not happy about sale of  houses to non -resident foreigners to the detriment of ordinary folk .
It does not mean I would vote Labour , as they are just clueless and pathetic .
I , and I am sure most , could not care 2 hoots  about  who Judith Collins has lunch with frankly its irrelevant to the bigger issues we face.

I also may have been happy with John Key (once voted for him) if it was not for the sleaze and the pragmatic inaction which has always been a feature of the Nats since Sid Holland was in power.
The casino deal
Crafar farms
The smelter deal
Collins deviousness
English and Joyce spin.
Inaction on overseas housing speculators
So what is left? Can I vote for Labour? Winston?
As far as I see it is all for Labour to make it or screw it up.

BBIII, you see I dont think ALL  the things you listed are a problem

and , its still not enough for me to swing to Labour
Winston is a rogue
and the Greens are ideological Stalinists masquerading as Environmentalists

Wonderful reply. All opinion . It is obvious that it is what you want the answer to be that matters to you.
That is OK by me. It is just as well I have a sense of humour,aye?

I think National are full of crony capitalists, they have done nothing for housing affordability. They have messed up the Christchurch rebuild in large part because they have been more worried about property prices than putting in place mechanisms that allow people to rebuild their lives.

They have done nothing about getting rid of inflation in our non-tradable sector. The monopolies, duopolies etc. that Bernard wrote about last weekend. So the Reserve Bank is putting up interest rates. NZ faces significantly higher rates than its competitors. This damages our tradeable sector and stops our economy from rebalancing.

Key got lucky with a earthquake insurance money plus high dairy payouts. Neither of which gaurantee long term prosperity.

To me National seem like as long as they and their mates are doing well who cares about the rest.

Whether that is enough for me to vote Labour. Don't know. They need to get up to speed with the problems of today not the past. I will decide on election day.

Casino deal, taking the tax off the profit from NZ money being taken overseas is dumb economics, ergo the casino is dumb, not to mention social harm
If foreigners were not able to buy farms as they were not able to years ago, no one would be any the wiser and they would have sold for an amount that represented what they were worth in NZ
The smelter deal was to shore up asset sales, gee you are easily fooled
You should be if there is a conflict of interest and it was dinner anyway which in NZ is the evening meal
English hmm lets go back to that house he was claiming accommodation allowances on for a kicker
And overseas buyers ARE indeed an issue
You should vote according to what you believe not on who is the smiliest waviest guy
Winston is a rogue
Stalin shot a lot of people, that was how he got where he got, one will never reach those proportions in a democracy

So that means the Average "family" unit (taken as an occupied dwelling) has an average net worth of about $40K. If the patterns of wealth in the US are similar here, the richest 1% hold about 95% of the net wealth, so that makes the average net wealth way less.

That's such a shocking statistic I googled it - pity it's so wrong.

Those figures may be wrong, but that are not that wrong and the real ones are still pretty damned bad

The world's richest 2% own half of the world's wealth
www.forbes.com/.../the-85-richest-people-in-the-world-have-as-much-w...‎
I would say Forbes would have a pretty good handle on things

At least half the world's wealth is in sensible , disciplined hands .... go the 2 % , go you good things : Yaaaaaaaaaahhhhhhhh !

Hahaha hilarious, can always count on you for the best funny lines

Measuring NZ Inc's net worth seems a very important score to me, so it is good to see that the private side of this equation had a good year in 2013. NZ Inc in my view is the sum of private and government affairs, and for net worth the combined score is the best measure.
Government net worth declined by $37 billion since 2008. From $105 billion when the Nats came to power, to  $68 billion in June 2013. Net household financial wealth in the same period went from $12.5 billon to $62.5 billion, a rise of $50 billion.
So NZ Inc in the five years of the Nats has increased net wealth (not including houses) by $12 billion, from $117 billion to $130 billion. That's a rise of  11%, or 2% per annum.
The S&P 500 index in the same period increased 132% from 800 to 1800. That's 18% per annum. Admittedly housing will have nominally made a significant difference.
Judge for yourself whether the Nats have done well. The polls suggest most punters are happy enough with their own affairs, just possibly not realising that they have been funded by the government, and foreigners, and that that will soon have to stop.