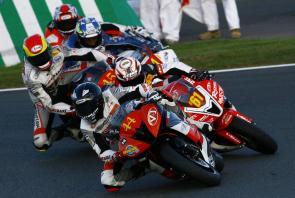 This change beats the TSB reduction earlier in the week, but is not as low as the long-running HSBC Premier 3.99% rate for this term.

This is not such a notable reduction although it does take it lower than its other Aussie bank rivals. However Kiwibank and most of the challenger banks have lower two year rates now at 4.19%.

The same changes apply at Sovereign. Standard rates for these terms have been given the same reductions.

Today's changes fit the current pattern of staying within the ranges already announced by others even if ASB's new 18 month offer is at the low end.

Meanwhile, there is a lot of activity in international wholesale benchmark interest rates. US benchmarks are rising, but so far those changes are not flowing through significantly to New Zealand wholesale rates.

With wholesale swap rates not moving much recently, the retail rate tightening of carded rates is more 'competitive' than cost driven.

The banks are desperately looking to attract new borrowers for the post FBB era, but also to re-position existing borrowers to reduced rates, so as to alleviate the default risks that inflation could otherwise lead to. Lower bank profits ahead for those that like bank shares.

Thank you for sharing this data - very interesting.

The monthly instructions to sales rates for this year (which I have included on the B & F September sales article), also point heavily toward a strong downward oscillation of Auckland values.

Although in 2015 and 2016 the Auckland market was going nuts, so it may be that current sales are just average rather than slow.

May be the case in Auckland - And while such low rates might be to try sell more mortgages as Auckland market drys up, what is also does is stokes some already hot markets outside of Auckland - So by keeping rates low to keep auckland afloat they are inadvertently pouring petrol on the fire in markets outside auckland - PN already has days to sell of 21, 160 listings, and last recorded month sold 144 properties - Almost clearing the entire stock in just 1 month! These 'specials' on rates I believe are what is behind markets like PN (90k people so critical mass of potential buyers sitting on equity or kiwisaver) seeing gains of 4% per quarter (17% p.a growth rate up from 11% past 12 months), and 2% over last month (26.8% p.a growth rate), so rate of price increase is heading upward fast - Low rates driving investors back into these markets where relative value can be seen

Now they can unban Eco Bird.

Hmm what happened to him?

Judging by how angry he got at everything the Coalition govt did, he probably tuned into Hosking and heard something about some new policy he didn't like and blew a valve.

with downward revisions being based on competition rather than wholesales swap driven am I right in thinking that those who have some shorter term fixed rates previously locked in may not be charged (much) for breaking that rate and refixing at a lower rate?

Definitely worth a go because rates may quickly go the other way when the RBNZ has to push the base rate next year (margins will then tighten as they are in Aussie) and rates will start to rise 12 months from now. The 5 year SBS fix at 4.89% doesn't look like a bad option to me, primarily because while the rates may be benign for the next 12 months there's only so long you can look through inflation and we haven't seen the impact yet of the 20% rise in the price at the pump. That'll start showing next quarter.

I miss that Ira Goldstein guy

They so should bring him back for a one-off ad.

HSBC is another 1km in front

You couldn't have asked for better conditions in NZ in 2016.. Low oil, reducing interest rates with an appreciating NZ dollar (trend the other way at present).

2016 was definitely the year to walk away and bask in the glories of your success! I'm not talking about Richie's exit from the game he retired in 2015.

Tony Blair did the same thing to Gordon Brown. Reckon Bill got lucky not winning the last election.

Banks need to give mortgages. it is not about the value of the property and 'common sense' - it is all about repayments. What would be the maximum repayments that the 'customers' can handle. Can't be 8% anymore ... was 6.....5..... and will go down.
Then will be a moment that they will go up. at that time people will pay off a bit of the mortgage. so you buy for 900k at 4% ..... you pay off then market changes .... you need to sell for 600k ... and someone will buy at 600k and higher %. and the effective monthly repayment may be actually the same.

Quick question for smarter people: We are currently being told that liquidity is tightening up in NZ. Does the lowering of interest rates just show that its not a liquidity issue but a demand issue for mortgages?

Personally, I think there's a possibility (likelihood?) that interest rates will stay low in the long-term - perhaps for another 4-5 years or longer.

No chance TTP. As I said above, Oil prices going up, NZ dollar going down and the herd is already bleating about petrol..

Nic J, I also think the possibility is growing of a short sharp interest rate/inflation shock. If interest rates do spike, it won't be for long as current and growing debt levels say it will send valuations south big time, along with rates. Watch developments regarding Iran for clues.

I've just had a look at STUFF, which I occasionally like to have a bit of fun on from time to time. I am flabbergasted though, The populations' ignorance about Oil prices and exchange rates is quite astonishing.... Let's strike! Against who? The Government of the Saudi's?

It's hilarious if you read the comments..

Agreed RP, so how long does one fix the mortgage for?