IMF cautions the Reserve Bank about any further loosening of the 'speed limits' on high loan to value residential lending; welcomes prospect of introduction of vacant land tax and says Govt could go 'broader'

IMF cautions the Reserve Bank about any further loosening of the 'speed limits' on high loan to value residential lending; welcomes prospect of introduction of vacant land tax and says Govt could go 'broader' 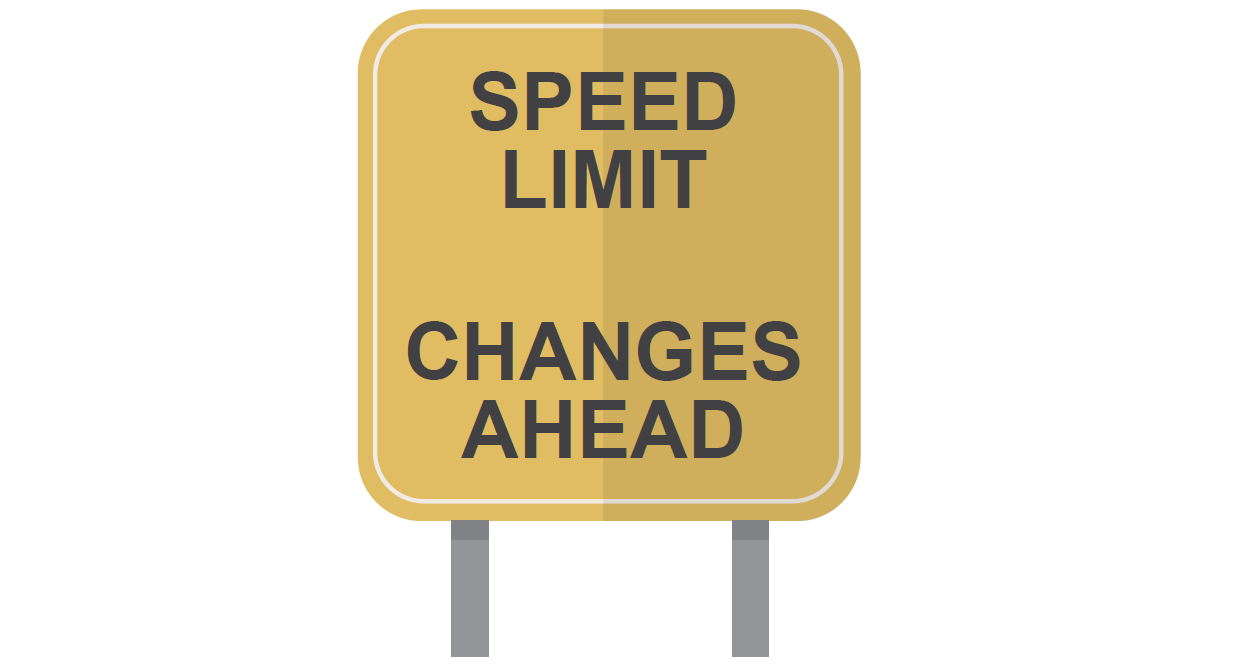 The International Monetary Fund (IMF) sees "limited scope" for the Reserve Bank to further loosen the rules - the 'speed limits' - around high loan to value ratio (LVR) lending and says that "mitigating supply constraints" is critical for improving housing affordability.

And, separately, the IMF has welcomed the government’s intention to consider reforms such as a vacant land tax and says "a broad land tax" would offer additional benefits.

The comments come in the IMF's Concluding Statement of the 2019 Article IV Consultation Mission to New Zealand, which was released on Wednesday.

The IMF's comments about the LVR restrictions are somewhat intriguing, given that there is some expectation that the RBNZ will further relax the rules when it next issues a Financial Stability Report in November 2019.

The RBNZ relaxed the rules as from January 1 this year, having previously loosened them last year. The LVRs have been in place, in a variety of forms, since 2013 and have been attributed as helping to rein in house prices as well as reduce risk on bank balance sheets due to the reduction in the number of high LVR loans issued by banks.

However, the IMF is urging caution.

"The scope for easing macroprudential restrictions is limited, given still-high macrofinancial vulnerabilities," the IMF statement says.

It notes that the shares of riskier home loans in bank assets (those with very high LVRs, high debt-to-income, and investor loans) has moderated due to the combined impact of the LVR settings and tighter bank lending standards.

"However, with the RBNZ’s recent easing of the LVR restrictions, improvements in some macroprudential risk factors such as credit growth have recently stalled or started to reverse."

While not going so far as to suggest the RBNZ should not further relax the rules at all, the IMF says any further easing of LVR restrictions "should consider the possible impact on banks’ prudential lending standards, as well as the risks to financial stability from elevated household debt".

"House prices are expected to continue rising under the baseline economic outlook," the IMF says.

Demand for housing is likely to remain strong, given population growth and low interest rates, while the supply response is constrained, by land use and other restrictions, and construction costs are high, it says.

Central to any broad improvements in affordability is "supply-side reforms", the IMF says, although it adds that additional direct support might be required for some lower-income households.

It says the establishment of the Ministry of Housing and Urban Development should help in implementing housing policies.

"The government entity Kāinga Ora―Homes and Communities is intended to become the lead developer for affordable homes and public housing.

"Further work is needed to complete the agenda, including enabling local councils to actively plan for and enable housing supply growth and planning reforms.

"The IMF team welcomes the government’s intention to consider adding elements of tax reform, such as a vacant land tax, to the agenda.

"This comprehensive agenda should foster housing affordability on a non-discriminatory basis."

"Some expectation" from, and generated by, whom??

Seems like CoreLogic just threw out a wishful blurt that was picked up and now it's got traction with the IMF.

They're right, why loosen LVRs at this point in the cycle?
It would be rank stupidity.

"why loosen LVRs at this point in the cycle?"
To allow FHB to get into their own home before house prices become even more expensive

So glad to see your only concern is for FHBs. So you'll have no issue if the LVRs for investors get left where they are if they lower the LVR limits for OO, or even FHB in particular?

I suspect he doesn't care as long as what ever is done stimulates the market.

"To allow FHB to get into their own home before house prices become even more expensive"
It's a chicken & egg equation really.
Why will houses become more expensive?
Because you've given more people access to more credit - the fundamental driver of house prices.

The market relies upon two things:
1. Enticing new victims - instilling FOMO in the young is a perfect way to get them; and
2. More credit.

Lowering LVRs kills 2 birds with one stone.
That's why spruikers keep advocating for it.

It all appears so altruistic but I suspect the least of ****s will be given if these kids end up in negative equity because they didn't have enough of a buffer.

I'd rather keep LVRs where they are. Why do we need more fuel for the fire? Is it going out Yvil?
Withhold the punch bowl and let prices come back.
So those same kids can get into the same houses with less debt. Best outcome for all involved.

Yvil has limited intellectual capacity. Or limited empathy. Or both.

Lets face it that for most FHB earning and saving in NZ will be hard to buy a million dollar house be it in Auckland or anywhere else, so where will the house price goes.

Check any house that was purchased at a very high price in or after 2015 will not find the purchase price if were to sold today and that is after 3 or 4 years so that in itself is a lose and if one looses 10 % to 30% from the original purchase price is a blow and anyone with no holding capicity is bound to find himeslf/herself in that situatuion sooner than later.

Madness of price rising was only and only because of money laundering and offshore buyers as it was them only who could afford and was gambling as a result house price was going up.... up in multiple and now as that has stopped (FBB Ban and OIO) no amount of supply and low interest rate will help, unles government changes again and come out with some loopholes...Like no CG though does not make much impact for housing market though people with vested interested did try to play with sentiment to lift but when ecnomy cycle changes no amount can help and it has to run its own course.

The only logical option for house price is to fall or may be remain stable in best scenarion for few years to come till wages/deposit cathes up and is not the first time that are seeing this economic cycle - every 10 years it has been happening or near around so whatever one may say or potreys, housing market is in for a toss for few years and FHB should buy but with cautious and best approach is to Wait And Watch.

Yvil, you can’t spend your life worrying about first home buyers. If you’re confident that house prices will continue to go up then you you may be able to save one generation but then what about the next and the next and the next. Ultimately we are entering a world where baby boomers live for ever in a ponzi utopia supported by newly created slaves. So relax and just think of yourself. Oops, too late.

I've never seen anything he writes suggest he has one iota of empathy or concern for people other than himself and his own wealth.
At least we've seen snippets of that from TTP, even if not very much.

Fritz, you are spot on. I think his comments suggest, like houseworks and buylowsellhigh, he/she is a relatively late entrant to the party. Underlying anxieties are behind wanting it to continue. They all deny the stark evidence of fragility to the point is now comedy.

RBNZ should keep the LVR's right where they are so to protect those who have limited capacity to protect themselves. Once the market declines to more reasonable valuation to income multiples, then remove them in stages. Right now, this market is ripe with debt ridden fools in search of even bigger ones.

Loosening the LVR is what's making it more expensive, it's not going to achieve anything except inflate the prices even more.

The only thing that will fix it is more supply which is what the IMF is saying.

The IMF wants to crash NZ's property prices as well as make property more expensive to hold onto. Do people really want to pay another set of rates on their property?

This is obviously theft disguised as tax. Someone should tell the IMF that NZ doesn't need fixing and there are many other countries around the world they should perhaps focus on.

Local government could gradually switch from rating land+buildings to rating just land. It could be revenue neutral. This switch would increase taxes for land bankers and decrease the marginal build costs for the property owners who take the risk of building.

What do they mean by a "a broad land tax"?

Renter: Not my problem.

Also, yes, 100k off the mortgage for an extra $500 a year in rates that the council can spend on improved roading (and drop the Auckland fuel tax), public transport and amenities sounds good. Just need to rein in some of the unnecessary spending councils get up to.

Improved roading!!!
If the Christchurch City Council would stop wasting mega millions on damned unused bike lanes there would be money to improve roading!!
They blow mega dollars on putting in bike lanes and no one uses them and it makes the roads like obstacle courses for the cars!!!!

Hate to burst your bubble but there appears to be thousands of bicycle trips over the last 7 days according to the electronic counters. One counter has 11174 cyclists going past it in the last 7 days - not bad for the middle of winter. Now imagine if they were all driving cars how fun your commute would be....

Never burst my bubble sorry.
The bike lanes in the suburbs are hardly used and not worth the stupid money they have wasted on them.
A bike lane without all the Chanel’s worked fine, they are a death trap if a bike hits one!

This is obviously theft disguised as tax.