As the Reserve Bank ponders the likely introduction next year of measures to limit high debt-to-income lending, latest figures show Kiwis - particularly first home buyers - are continuing to stretch themselves further and further to buy houses 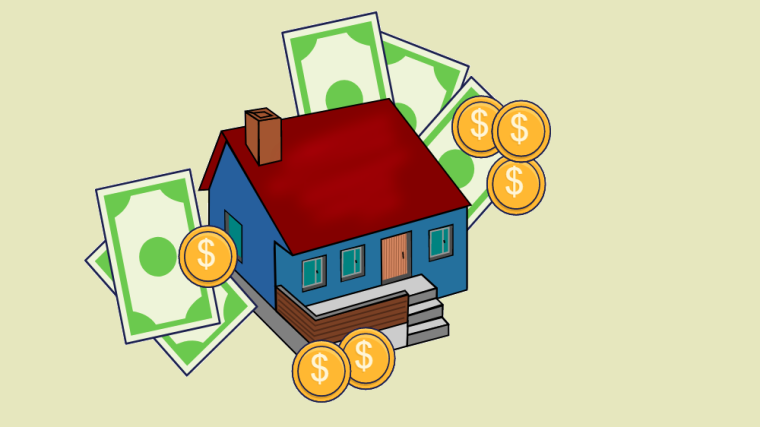 How much higher can they go?

Debt to income ratios of particularly first home buyers are still going through the roof, a crunch of the latest Reserve Bank figures on residential mortgage lending by debt-to-income ratio (DTI) shows.

The latest figures show that over 70% of recent Auckland first home buyers (borrowing between them over $500 million) were doing so on a debt to income ratio of above five.

Ratios above five are regarded as high in the sense that the RBNZ follows them closely.

The latest figures are given additional significance by the fact that the RBNZ has now been given official sign-off by Finance Minister Grant Robertson for the introduction of some kind of DTI servicing instrument in the RBNZ's 'macro-prudential toolkit' - a toolkit that already includes the in-use loan to value ratio (LVR) restrictions.

The key sticking point for Robertson in agreeing to sign off on a DTI measure was the first home buyers - he didn't want them included, but has now conceded, with the provisio that "the Reserve Bank will need to have regard to avoiding negative impacts, as much as possible, on first home buyers..."

The latest figures show that in any DTI measure the RBNZ could hardly afford to exclude the FHBs - since they are the ones most gearing themselves up. In fact the latest figures showed that compared with three months ago the owner-occupiers were gearing themselves up, certainly in Auckland, by slightly less - although this was coming off a high level.

The table below shows the percentage of new mortgage money with debt-to-income ratios of over five times:

These figures look too high to be sustainable. Next thing is to see what the RBNZ does about it - now it can.

Yes. They are a big part of the problem.

These restrictions are a too little, too late attempt to reign in an extremely dangerous credit bubble that is now primed to burst catastrophically. The RBNZ doesn't give a flying f*** about FHB and neither do the government for that matter. It's all lip service and frowns and optics.

They know only way out now is to let inflation rip into double digits or to have a "disorderly correction" in asset values. Guess which one they are going to choose?

"Yes. They are a big part of the problem." Only if having a stable roof over your head is considered 'a problem'.

I would have said 'the problem' lies somewhere between the ears of the RBNZ Governor and the Finance Minister. I can't be certain that any solution can be found in said locale, however.

We are on the same page. Home buyers in a desperate situation are being provided reckless amounts of credit. Their emotional bidding against each-other is driving up the market.

Real estate agents are laughing all the way to the bank. The bank is laughing too. They will laugh even more when we bail them out.

Hear! Hear! I could not agree more.

These restrictions are a too little, too late attempt to reign in an extremely dangerous credit bubble that is now primed to burst catastrophically

Yet nobody in the ruling elite or its puppy dog media will even entertain the idea that its a potentially destructive, credit-driven property bubble.

The problem - FHB's with cashed up/equity rich parents, willing to contribute whatever it takes for their children to secure a property. Get a couple of these FHB's in an auction room and it's madness.

Ma and Pa Kettle are quite possibly not as smart as they think they are. It's not just lil' Jethro's security on the line.

This is all because of FOMO created by empathy queen and her knights in high places like Orr.

I wouldn't call it hurt, I would call it protect, to protect FHB from borrowing too much to expose themselves under greater risk of the downturn in the housing market.

Just remember if people can't borrow as much for a house, then house prices will fall, even if FHBs are relatively penalised more from their imposition, at least in terms of a bidding war. So DTI's will help save buyers from themselves.

I am sure all FHBs would want to be paying as little as they can for a house. It isn't their fault that banks are prepared to lend them all this money, which means any other buyers they are bidding against also can bid up to those sorts of amounts

Looks like Aucks will be ground zero for financial stress when interest rates rise.

It's not really a surprise given how high house prices have rocketed compared to incomes. In fact, I am surprised they aren't higher...

When the RBNZ puts in the DTI restrictions, it will clearly have to do them at high levels. Because if it puts them in at 3 or 4, then when it comes for those FHBs to re-fix (remember they are almost all on 1-2 year terms), their bank is likely to ask some hard questions about upping their payments or (impossibly) upping their incomes.

Way to, once again, paint yourselves into a corner finance minister and RBNZ...

Worth pointing out the proportion of FHBs taking out DTIs > 6 is much lower than the >5 reported here. 25% nationwide and 37.5% nationwide. I'd speculate you could halve that again to get the % of FHBs likely to be affected by a DTI restriction of 7.

House prices up. Rents up. Wages stagnant. Amount you can borrow down.

What do you get?

People seriously don't need a lot of intelligence nor math to make good money- you just need common sense and a non-DGM approach in life.

A speculative bubble that is unsupported by fundamentals?

Be quick, for what, exactly?

Be quick to buy property at the peak

Peak is never there it will break all the records year after year (because it lack checks), & it will never fail.
This is the thinking people have & that make them take debt to there eye balls.

Which is the whole point of DTIs.....

Be quick to sell before everyone else...

It is almost impossible to tell that a professional is trolling.

This clown has amateur hour written all over him.

I don't know what it is about your sign off, "be quick!" that kinda makes me cringe and my toes curl.

He said the line!

LOL, be quick like cattle being pushed over the cliff. I don't know if it is hilarious or sinister.

I’m assuming it’s the reserve bank cutting it off at 5.

It would be enlightening to see 6,7,8,9,etc. just to get a sense how crazy some people are.

"As the Reserve Bank ponders the likely introduction next year of measures to limit high debt-to-income lending, latest figures show Kiwis - particularly first home buyers - are continuing to stretch themselves further and further to buy houses"

FOR THE SAME REASON TO PROTECT FHB FROM OVERSTRECHING UNDER FOMO - DTI SHOULD HAVE BEEN IMPIMENTED LONG TIME AGO BUT STILL BETTER LATE THAN NEVER AND FOR GOD SAKE MR ORR SHOULD NOT USE TECHINCALITY / ADVICE TO DELAY AND DILUTE.

Denominate in Bitcoin. Then housing prices start going down.

Still working on getting my salary paid in crypto.

I would love to, but its just too much hassle for my company.
Also now that I have a mortgage more money goes into that than into Bitcoin so doesn't make sense for me anymore :/
Still stacking sats though :D

DTI will hit speculators...hard. they just need to do it immediately.

The $1m house only rented at $45kpa suddenly requires lots of the dreaded "E" word....equity. Banks will apply their own measures to control FHBers, controls their greed has hidden in recent years. Let's face it, the moron bubble has only served the banks. ASB record profit is witness to that.

The catastrophic failure of Labour's Kiwibuild policy, which they pinned so much on, is really coming back to bite.
We are led by clowns.

Lmao DTI won’t hit speculators, it will hit first home buyers and buy to hold investors. If you know you can’t borrow more money you will sell one, bank the proceeds and use that to flip properties. If you can’t afford that you just chuck a deposit down on an off the plans purchase and on-sell prior to settlement. Just like the tax changes and every other regulatory change over the last 4 years these will not impact on those with money, only young people in their 20s and 30s who have to work for a living.

It's all a bit boring really.
All this country really needs is a good old fashioned property crash.

Unfortunately for a lot of people the house earns more than they do. The house buys them holidays and new RAV4s. What happens when people can't rely on the 3rd household income?

Reality that they are living beyond their means propped up by lazy bank lending.

Probably the greatest heist in history really, wise banks around the world have leaped on the naivety of populist empowered govts to milk the future of young generations. The ball is in the court of these govts to own their mistakes and correct them.

Home buyers need to be protected from themselves. I believe the public service should decide who can live where and we will have a ballot to allocate houses to those who can live there. Ah, democracy.

By the time they've all had their meetings and working lunches house prices will have gone up another 5 to 10% over summer.

Then, like I've said before, prices to stabilise from autumn / winter 2022.

They want others to join their 4 tier system......as they are the main beneficieries of rising prices of Houses, along with other over leveraged individuals.

As are the Banking System, never seen a Bank go bust on such Monumental Lending. Particularly as they have 'stolen" Savers money...the cheepskates...it would be indelicate of me to call them thieves...as they fiddle away.

The Working Class and the Imported Labour are minor beneficieries....It is Big Money that Matters and it is getting Bigger for Some. and ...dare I say it it is the ones with their hands in the Till, that can talk Till they are Blue in the Face....this ain't a Labour Government it is Total Disgrace, all talk, Free Ride..

The RBNZ and our government that now controls them have gone nuts, anything to not do what they need to do and raise interest rates, they need to get them up, it's the only way to cool this lunacy off.