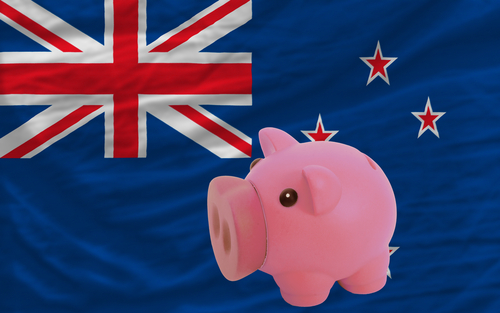 Ownership of rental properties has lost some of its shine as the preferred investment of choice - particularly with the young, according to the ASB's latest investor confidence survey for the June quarter.

ASB's head of wealth advisory Jonathan Beale said that the previously top-ranking option of owning rental properties had dropped in popularity from 19% of survey respondents seeing it as offering the best returns in March to 17% - now making it equal favourite with term deposits.

"This is the first time in three quarters that nationwide rental property has not been viewed as the asset solely most likely to provide the best returns for investors. Optimism for returns on rental property may have been affected by talk of an over-heated house market and the RBNZ reaching for its macro-prudential tools," he said.

"What is also of interest is this quarter we started to see the emergence of a property divide between young investors and the not so young investors."

Investors aged 18 to 29 years perceived KiwiSaver as offering the best returns with it peaking at 17% of respondents, while their optimism for rental property declined 7 points to 14%.

However the 40-49ers had a surge in confidence in investment property with the numbers favouring it jumping 9 points to 28%.

"The inconsistent pattern across the age groups could be down to the old affordability chestnut," Beale said.

Looking at overall investor confidence, this has dropped from a two-year high as of the previous survey.

The ASB Investor Confidence Index fell 7 points from a high of net 18% (seeing better conditions) in the previous quarter, to a net of 11% in the three months to June.

Beale said, however, that investor confidence had actually dipped to a low of 3% in April, before recovering during the remainder of second quarter.

"When we look back to see what events might have caused the decline in confidence, it appears that it was related to uncertainty about events overseas rather than local issues. The situation in Cyprus was receiving a lot of air time earlier in the year, so clearly there was a knock-on effect for investors here as it may have been weighing on their minds," Beale said.

One of the investment options seeing a strong move toward favouritism in the latest quarter was share investment, with with respondents’ expectations that public shares will have the highest returns jumping up 2 points to 12%.

“Shares have surged and are clearly in the sights of investors as they seek higher yields. That level of confidence in return on investment from public shares has not been seen since the beginning of 2007," Beale said.

I'm a tenant in a property whose yield to valuation is currently around 2%. I wouldn't call that an investment. If you take off maintenance costs and rates of around 3% a year, its a losing proposition. Younger people aren't daft. Expecting capital gains to make up for an operating loss is gambling. In any normal business you expect a growth in cash earnings to drive up the value of the business. I bet Sam Morgan isn't an avid property investor.

Not just Sam Morgan , Warren Buffett is still living in the same Omaha (USA) house he purchased way back in the 1950's ...

...... check the Forbes Top Billionaire list or the Kiwi equivalent , and you don't find many folk who made their fortunes by investing in rental houses ...

I think Buffet had tax avoidance needs beyond those available in the property market. Skilled donations to preferred charities did the trick of reclaiming tax against other income - didn't he claim it was unfair that he paid less tax than his secretary - but failed to change his behaviour?

Hi there Mr Bear.
About a year ago Warren Buffett said one of the best places to invest in America at the time was in residential housing. He reckoned back then it was about to start rising in value ('cause of lack of supply).
He was proved correct.

"When we look back to see what events might have caused the decline in confidence, it appears that it was related to uncertainty about events overseas rather than local issues. The situation in Cyprus was receiving a lot of air time earlier in the year, so clearly there was a knock-on effect for investors here as it may have been weighing on their minds," Beale said.

Earlier today, when we reported that median asking rents in the US had just hit an all time high, we had a thought: how long until the hedge funds that also double down as landlords decide to bypass the simple collection the rental cash flows, and instead collateralize the actual underlying "securities"? One look at the chart below - which compares the median asking "for sale" price in black and the median rent in red - shows why.

This member of the 'ready pool of renters' is cashed up and internationally mobile, hasn't securitized internal organs to the bank, and doesn't have ankles manacled to property in Auckland.

Everything is good for property... Duh...

Yes Mup... 'cause being an investor means you are in two markets.
The market for houses and the market for tenants.
If something mitigates against house ownership, it means it will be positive for house leasing.
People have to live in houses... there is no alternative.

When people stop describing a 4 bedroom house as an "investment property with 4 income streams" I'll buy.

The property industry people like Olly and all wont like this.
They'll have to think up some more media propaganda to suck in the gullible punters, hence the foriegn investors lark.

Could be the tip of the iceberg!

The highly rigged and dishonest part of the property market focused on extracting every red cent out of people who slave for a over priced, poorly constructed house and land that serves a temporary function in ones life.
Both ends!

http://www.iie.com/publications/opeds/oped.cfm?ResearchID=2446
In this weekend’s FT, Adam Posen wrote an opinion piece about the cult of home ownership being economically ruinous
But by encouraging mainstream middle-class families to make large leveraged investments in houses, you create politics around promoting housing scarcity. The problem here is that although any given person can certainly profit from the house he or she owns (or, more plausibly, the land it sits on) appreciating in value more rapidly than average, it’s extremely difficult to see how a nation as a whole is going to become more prosperous by houses becoming more expensive.

Get the youngsters of NZ to focus on building businesses , or on investing in equity , rather than in-debt themselves to an Aussie bank at an early age ....